The latest Cornish Pirates squad member to have signed a two-year contract with the club is hooker Tom Cowan-Dickie.

A product of the Penzance & Newlyn RFC’s youth section, Tom first joined the Cornish Pirates in 2010, where in two seasons he made 21 appearances.

Following that initial spell, the now 28-year-old gained further experience at Redruth and at Plymouth Albion, whilst he also played for England Counties and was proudly a member of Cornwall’s 2016 County Championship winning side.

Returning to the Cornish Pirates in 2017, despite injury setbacks Tom has impressed as a mobile, powerful, and combative front rower who always gives his all. In the process he has taken his total games tally to 57, which back to full fitness is a figure he will be keen to extend.

Again, we are excited to re-sign such a talented player as Tom. His fearless and ferocious style of play makes him a popular member of the squad, besides also being popular with our supporters.

Tom has resisted numerous opportunities to leave, therefore we are delighted that he had decided to stay as a gifted local lad who, of course, started his rugby career in the club’s youth section. 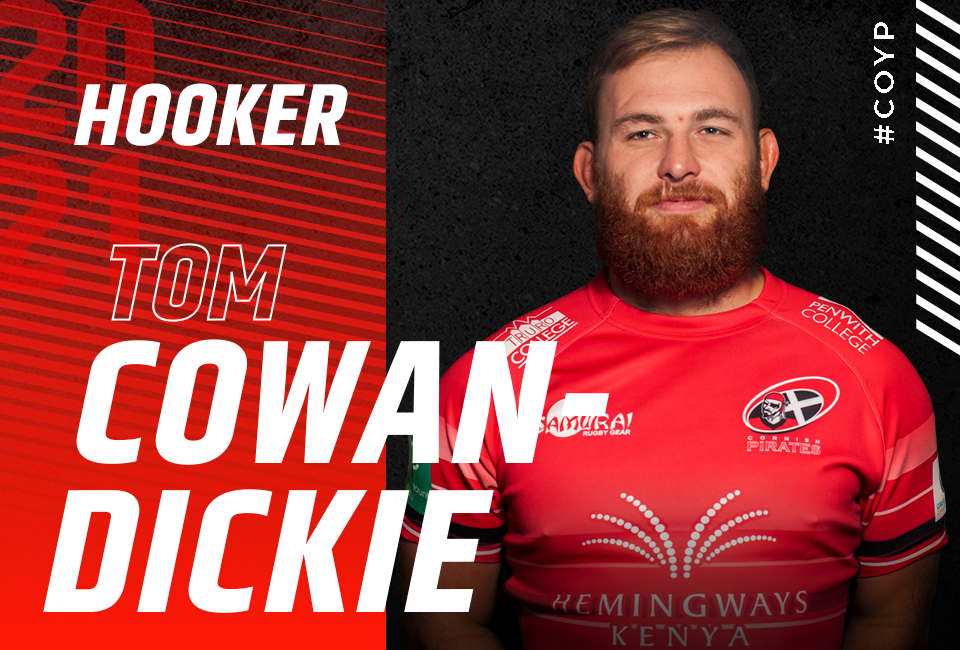