Continuing announcements of squad members who have signed new contracts for the club, the Cornish Pirates can confirm that centre Rory Parata has put pen to paper on a one-year contract.

Aged 25, Sydney-born Rory joined the Pirates from Italian Pro14 side Zebre in 2018. He had previously represented Munster at youth level and then Irish provincial side Connacht, whilst he also in the past played for Cork-city based club Sundays Well.

Qualified to play for Australia by birth, plus New Zealand through his father, it was being raised from the age of nine in his mother’s native County Cork that saw Rory capped for Ireland under 19s. To add extra interest, he is also England qualified through his Liverpool-born grandmother.

In two seasons with the Cornish Pirates, Rory has proved an all but ever present and consistent performer for the club, who to date has made 46 appearances.

Since joining Rory has really added value to our back line. He is a good man and has a real passion and thirst for the game.

There are aspects of his game that are hard to measure from the side-line – he has great vision, game awareness and he really assists our organisation in the wide channels.

Rory has also very much bought into the Pirates ethos and I know he will want to improve further on what was another good season of rugby under his belt. 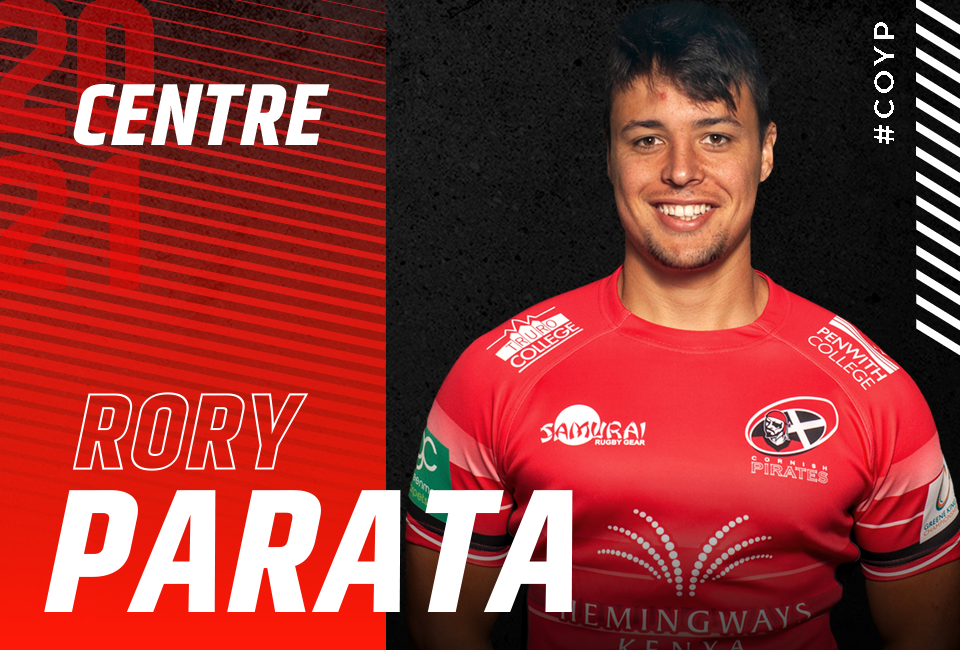