The good news for the Cornish Pirates continues with confirmation that back-rower James McRae has signed a two-year contract with the club.

James’ previous association with the club – as per Josh Caulfield who was announced as a full-time signing yesterday – had been as dual-registered player with Exeter Chiefs.

Aged 24, the Liverpool-born former England under 16s ‘A’, England Students and Exeter University player made his debut for the Cornish Pirates two years ago, in a pre-season fixture away to Aberavon Wizards. In total, he made 15 appearances for the Cornish Pirates in his first season with the club, to which he added 18 more in the 2019-20.

James started his career as a youngster at Colchester Rugby Club, and moved onto schooling at Eton where he was part of the London Irish Academy between the ages of 15-18. At Exeter University he impressed the Sandy Park coaching staff with not only his displays for the University in the BUCS Super League, but also in the Aviva A League, Singha Premiership 7s and many training sessions. As Cornish Pirates supporters will be aware, James has also impressed during his time in Cornwall.

This is another great signing to help maintain our continuity, in his quiet efficient way James has made quite an impression during his two years here at the Pirates.

Intelligent and quick to learn, his consistent level of high performance was particularly outstanding last season and fitting in so well we expect still more from him over the next couple of years. 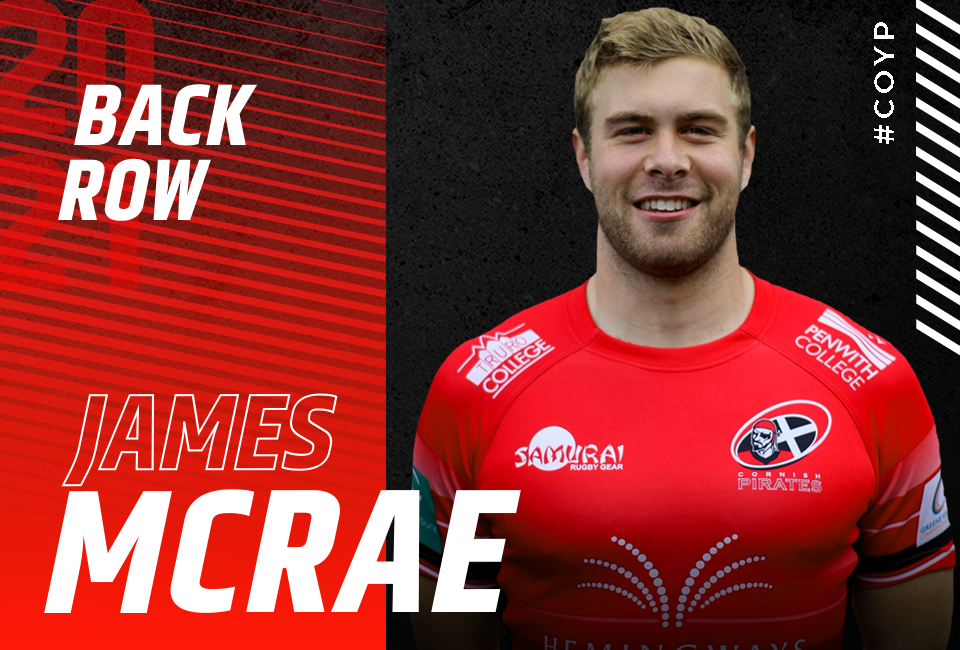