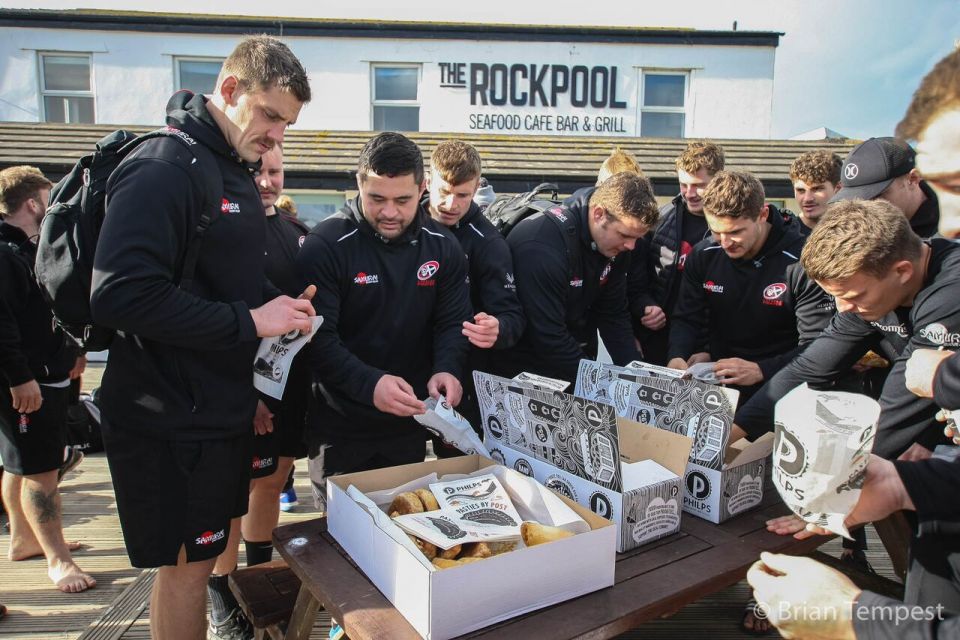 Cornish Pirates’ coaches Gavin Cattle and Alan Paver were so pleased with their team’s superb 46-29 points win away to Doncaster Knights at the end of October, that the reward given the players was a full week off.

On Monday, however, which followed a weekend when there was no game, it was back to training, but with a difference, as the squad met up on the dunes of Gwithian and Godrevy. Surrounded by breath taking views, and providing a fun element to refresh bodies and minds, the players played football and touch rugby before capturing a true taste of Cornwall – pasties from Philps, the local baker.

Speaking at the end of their day, Alan Paver commented:

Our visit to the dunes provided a wonderful outing for the lads. We decided to sample the best of what Cornwall could offer, so we were on the beach kicking a football around, playing touch, and building sand castles!
The Cornish Pasties went down a treat and it was a lovely day, with thanks expressed to Adrian ‘Spade’ Edwards who suggested the idea and also helped us organise the visit. 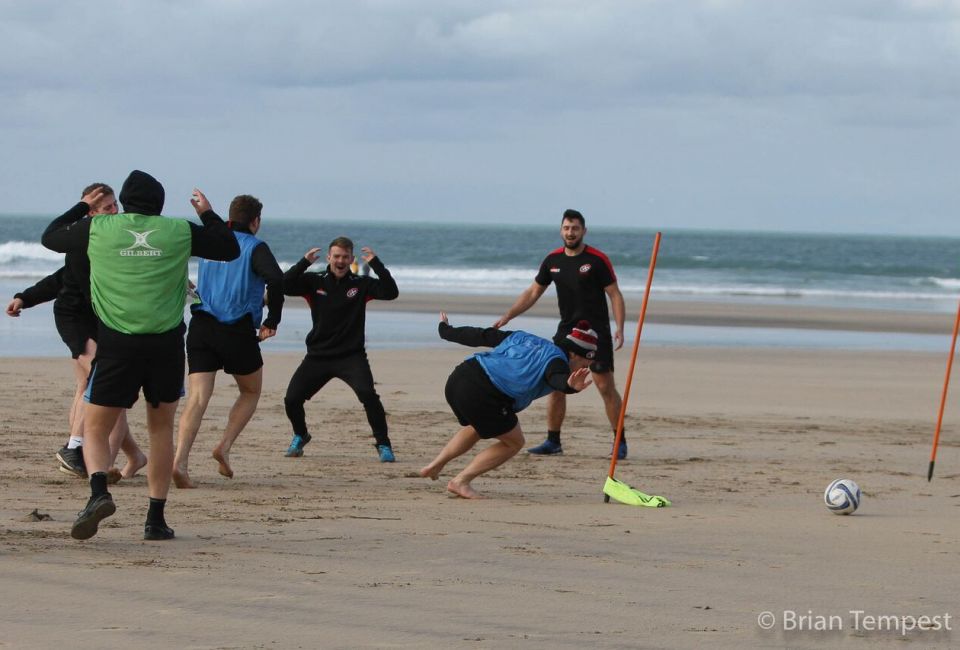 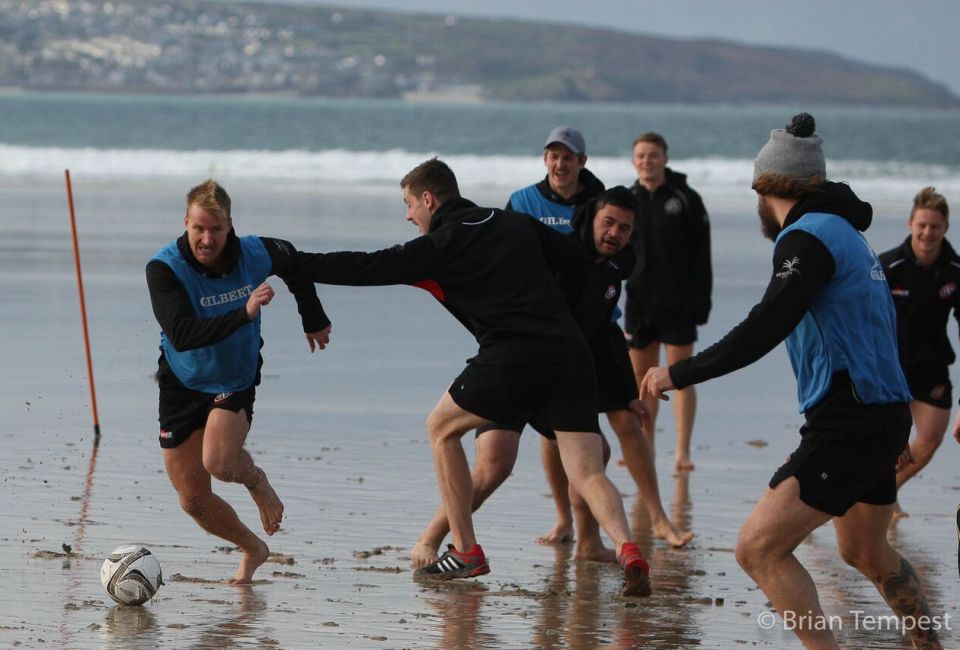 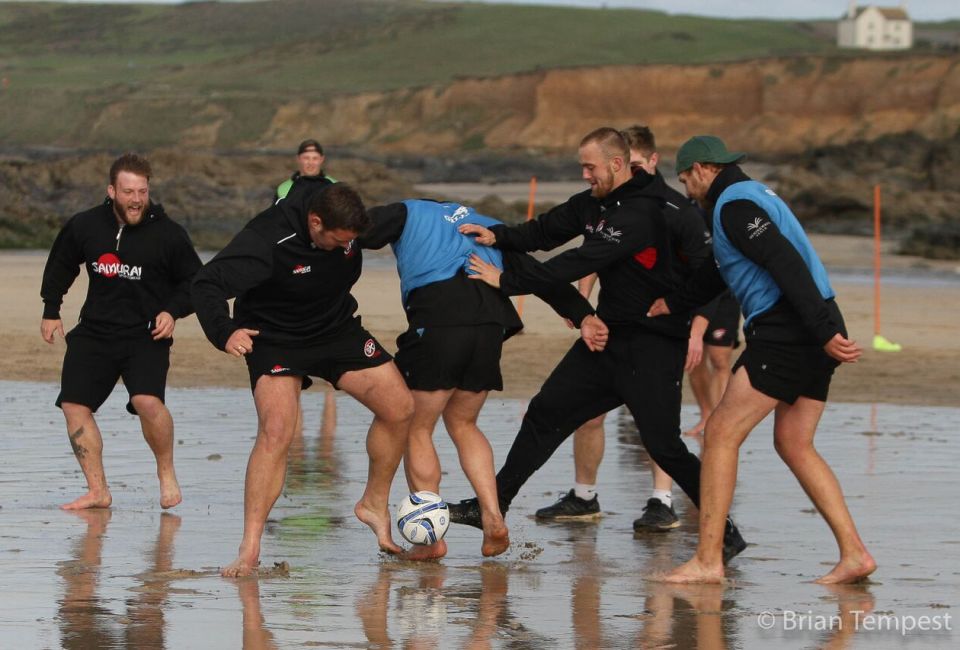 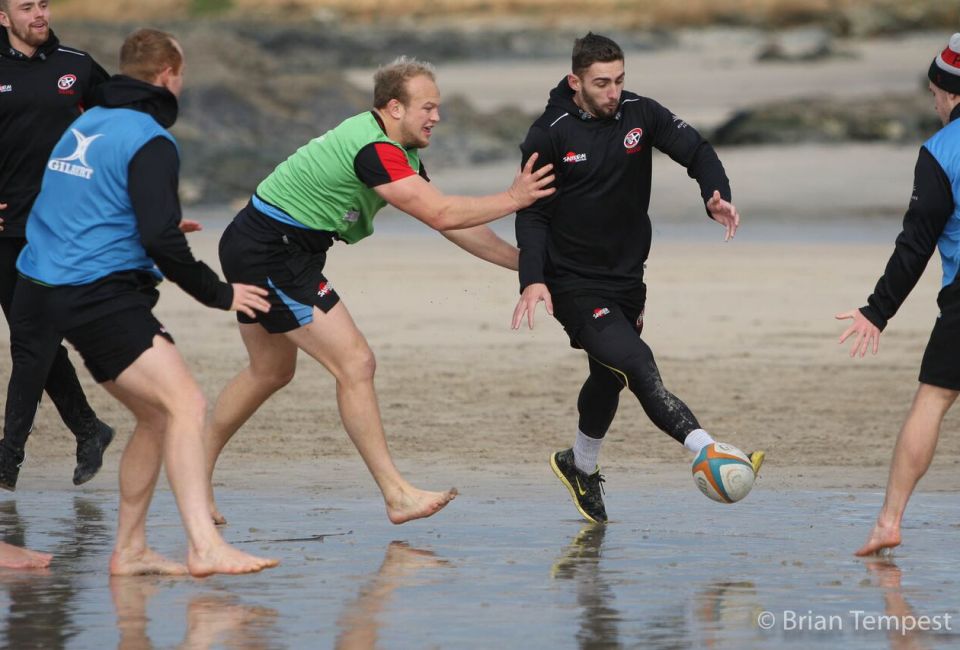 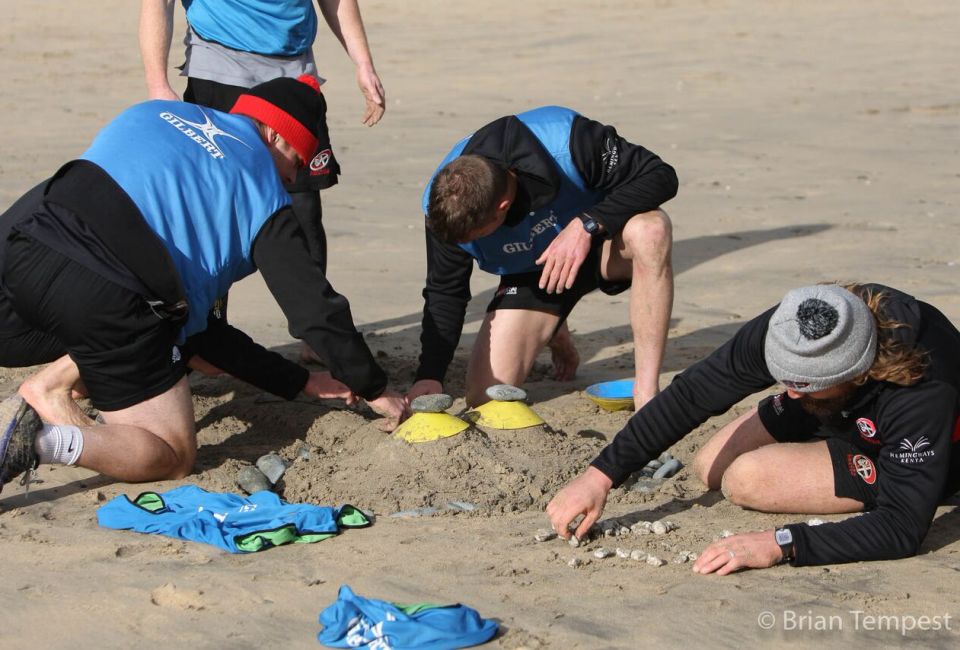 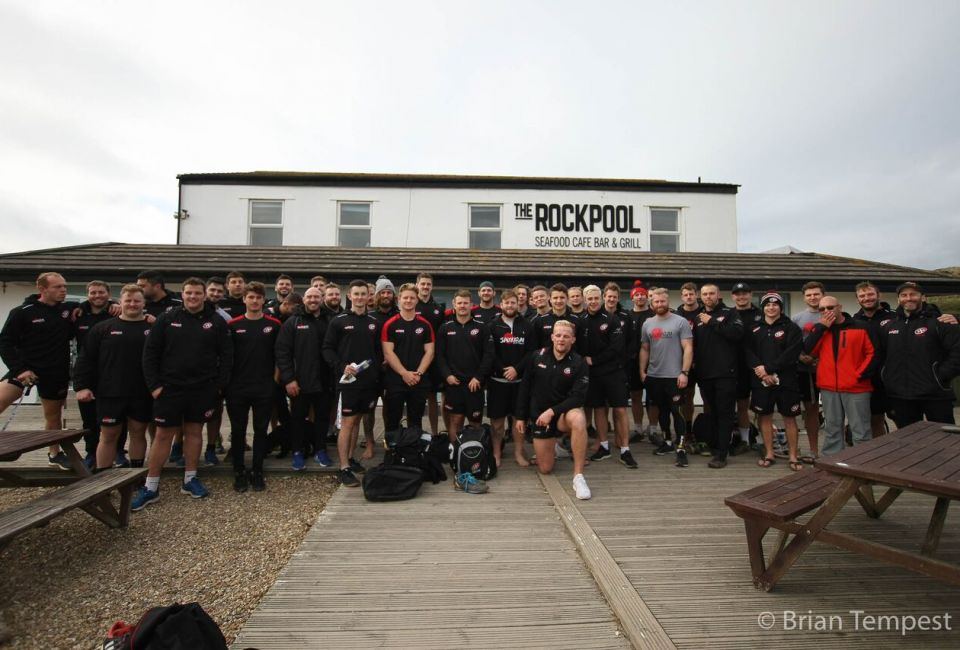