Because of Covid we have all experienced difficult times in the past 18 months, so help provided where possible to support both individuals and organisations everywhere has been of importance.

Penzance & Newlyn RFC and the Cornish Pirates have admirably reacted well to assist in a variety of ways, including, of recent, responding to help certain local choirs.

Making available the main Truro & Penwith College Stand at the Mennaye Field, three local choirs have welcomed the opportunity to hold practice nights once more, albeit it outdoors. Monday night is time set aside for Mousehole Male Voice Choir, Mounts Bay Singers practice on Tuesdays, and then on Wednesday it is the turn of the Penzance Orpheus Ladies Choir.

Mousehole Male Voice Choir was formed in 1909. Over the years it has represented the highest standards of male voice singing, besides at the same time raising thousands of pounds for charity. Choir member Derek has sung in the choir for 70 years, whilst new members of any age are always welcome, providing they can sing in tune!

Mounts Bay Singers is a mixed voice choir of about 30 plus voices whose Musical Director is Kevin Lane. The choir has built up an eclectic repertoire for all to enjoy. There are no auditions, and although reading music is an advantage it is certainly not a requirement.

Penzance Orpheus Ladies Choir, which was formed in 1953, sing a wide range of music from modern to more classic pieces. It is a friendly choir of over 40 voices, who are keen to welcome any ladies who would like to join them. Over the years the choir has performed not only locally but also all over the UK and further afield.

After months of ‘Zoom’ meetings and rehearsals for many, among the choir personnel who are presently welcoming the outdoor – suitably social distanced – summer practice nights at the Mennaye Field are some mighty musical stalwarts locally, such as Betty Sincock and Stephen Lawry. Betty, a long time supporter of the Pirates, sings with both the Mounts Bay Singers – she is presently Chairperson – and the Penzance Ladies Orpheus Choir where she has been a member for 64 years. As for former Pirates player Stephen, he is the Musical Director for both Mousehole Male Voice Choir and Penzance Orpheus Ladies Choir, besides being Deputy Musical Director of the Mounts Bay Singers. Deservedly and proudly made a Bard of the Cornish Gorsedd in 2014, he selected the name ‘Kessenyans Down’, which is Cornish for ‘Deep Harmony’.

For anyone wishing to contact either of the three choirs, for more details please simply telephone Stephen on 01736 448705. 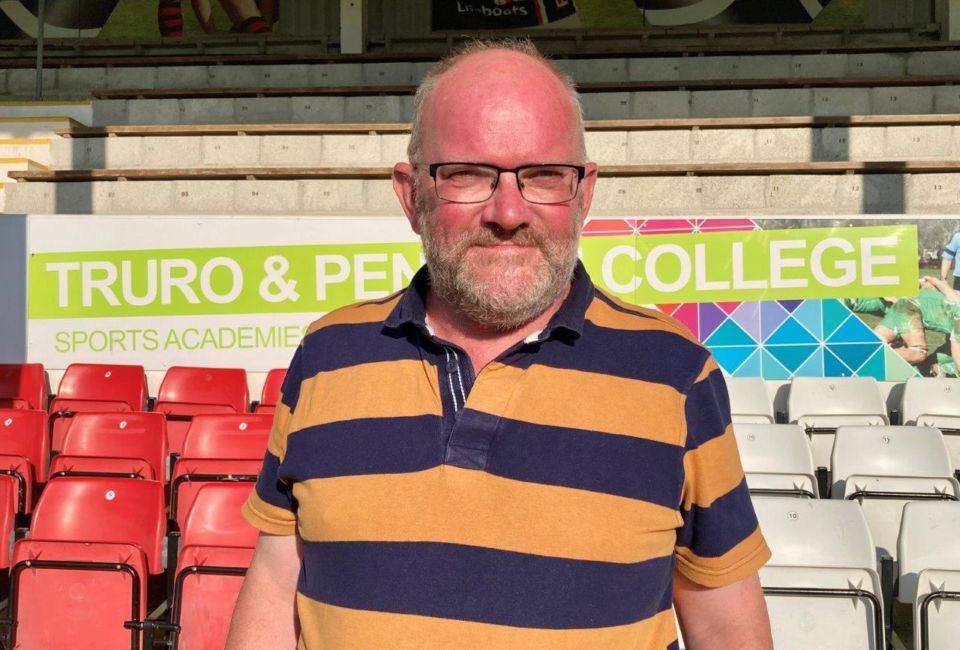 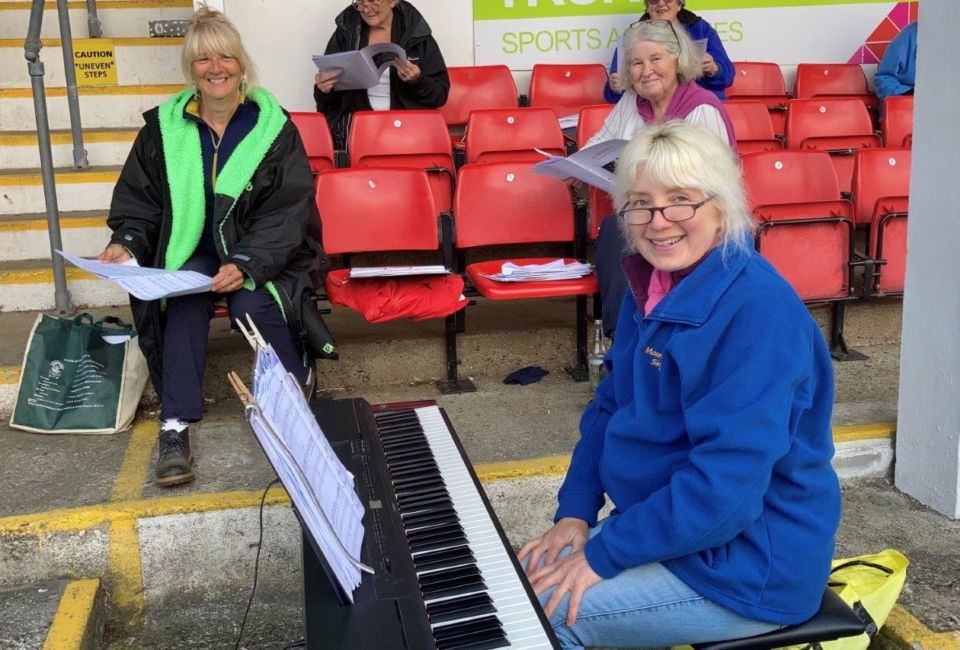 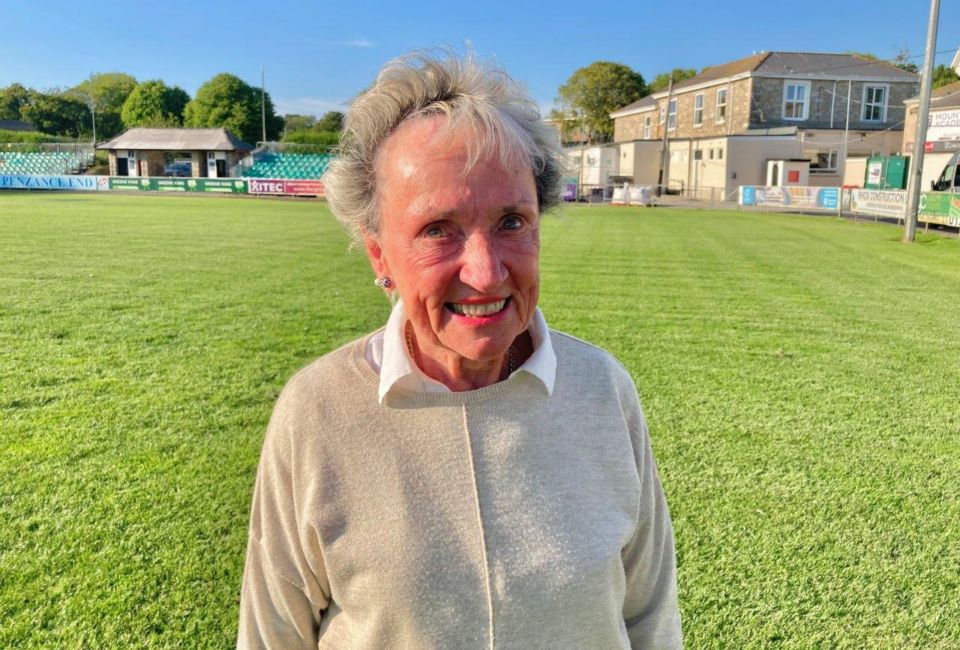 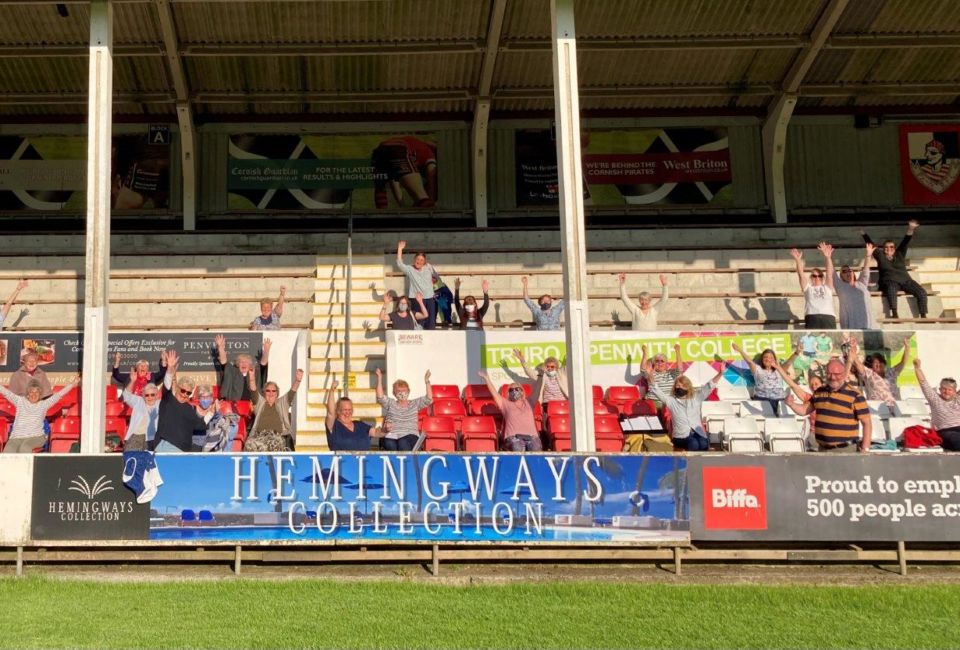 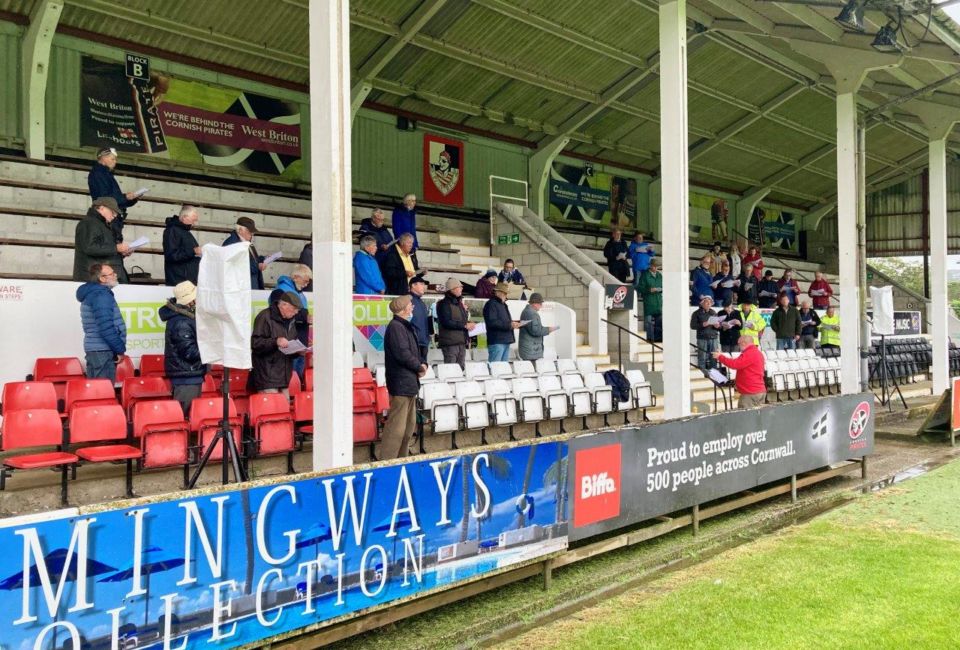