Greg Decides to Move On

Greg Decides to Move On

The Cornish Pirates can confirm that their Head Strength & Conditioning Coach, Greg Sammons, aged 32, is leaving the club to take up a new role as a Performance Scientist with Kitman Labs.

A former player with clubs including Leicester Tigers, Bedford Blues and Nottingham, Solihull-born Greg arrived at the Mennaye Field in June 2017. He had been the Head Strength & Conditioning coach at Birmingham Moseley, when starting his PhD in Sports Medicine, and he also, in 2017, worked with England under 20s during the Six Nations.

Kitman Labs, which has offices in Silicon Valley, Dublin, and Sydney is the leader in performance intelligence solutions for elite sports teams. It has consistently revolutionised and set the standard for performance and injury analytics and powers over 150 elite teams across the world, ranging from those who compete in the NFL to the English Premier League, Bundesliga to Premiership Rugby, plus the Chinese Super League and more.

Greg, who sees his new career opportunity as one for progression, will for the immediate future be working from his home in St. Ives, where he lives with his wife Holly and two daughters, who were both born in Cornwall.

Before taking up his new appointment, Greg commented:

During my time in Cornwall I have loved every minute with the Cornish Pirates, working with the coaches, the players and all the backroom and office staff. My thanks also go to Dicky Evans, whose drive and support is amazing, and who I have always found welcoming.

There have been some great times and I leave only with fond memories and a special feel for a club whose aspirations and hope to push on to the top level would be fully deserved.

Greg has been a real asset to the rugby coaching team over the past 3 years. The experience and expertise he brought with him has moved our S&C to the next level and he has worked extremely hard to ensure consistently high outputs have been achieved. He has fully embraced the Pirates and Cornish way of life and will be missed by all of us. This opportunity is a dream role for Greg and we wish him and his family all the best for the future. 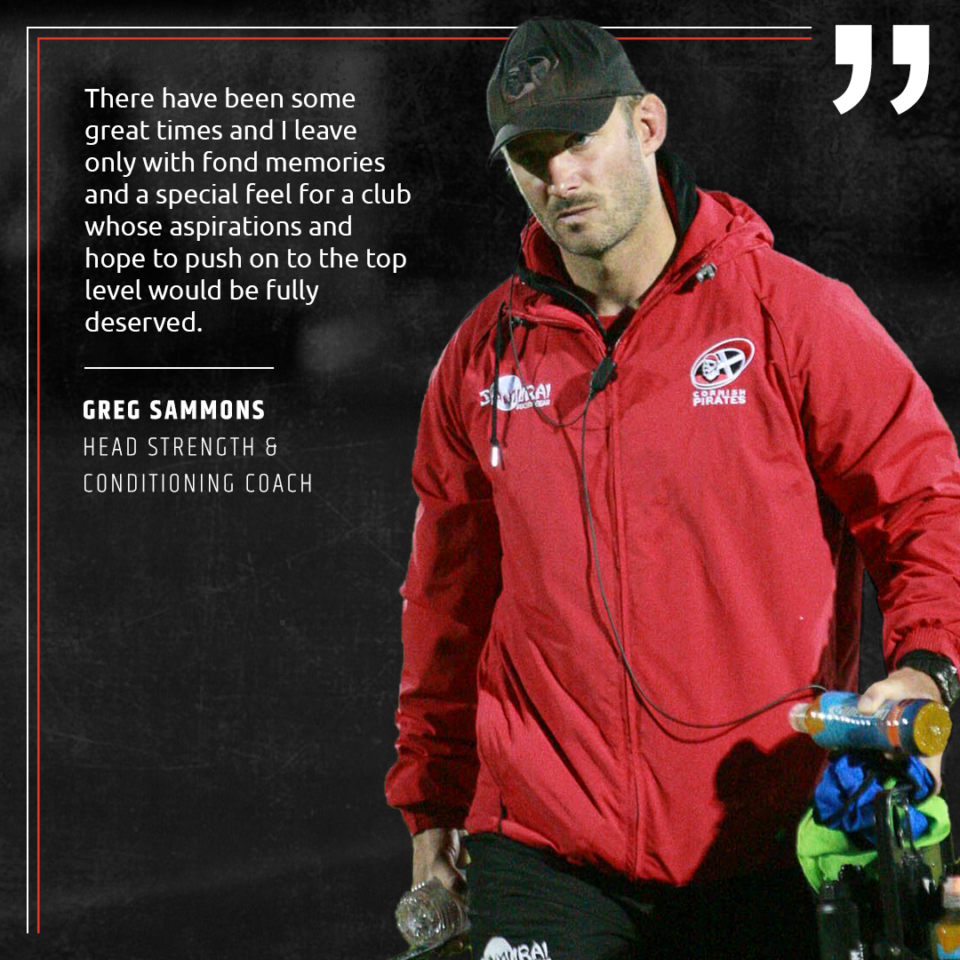