James Takes Up A Teaching Role

James Takes Up A Teaching Role

Cornish Pirates back-rower James McRae has taken the opportunity to forgo this season and accept a teaching role at his former school, Eton College in Windsor.

As time has gone on and the rugby season has been pushed back at each stage, a job came up at my old school which was totally unexpected and a real opportunity. It was something to give serious consideration to, and after the RFU meeting about the league was pushed back in early November I made the choice to forgo this season and accept the teaching role.

This certainly wasn’t an easy decision, but it’s one which I hope will serve as a good chance to refresh from the rugby world, before fingers crossed coming back to it next season when we can hopefully have crowds at the Mennaye and enjoy the game we love.

Massive thanks are expressed to Becki, the coaches, backroom staff, and players for their support with the decision, as well as over the last couple of years of being a Pirate.

During two seasons dual registered with Exeter Chiefs, former England Students player James made a total of 33 appearances for the Cornish Pirates before signing a two-year contract with the club back in May.

I know this was a really tough decision for James who has been a real asset to our squad over the past two years when dual registered and who has just recently signed for us. However, with no rugby for the past 9 months and no official start date the opportunity to gain valuable teaching experience in a first-class setting is one too good to turn down for him. We fully support his decision to take this time out from professional rugby to develop his teaching career and hopefully we will see him back at the Mennaye again very soon. 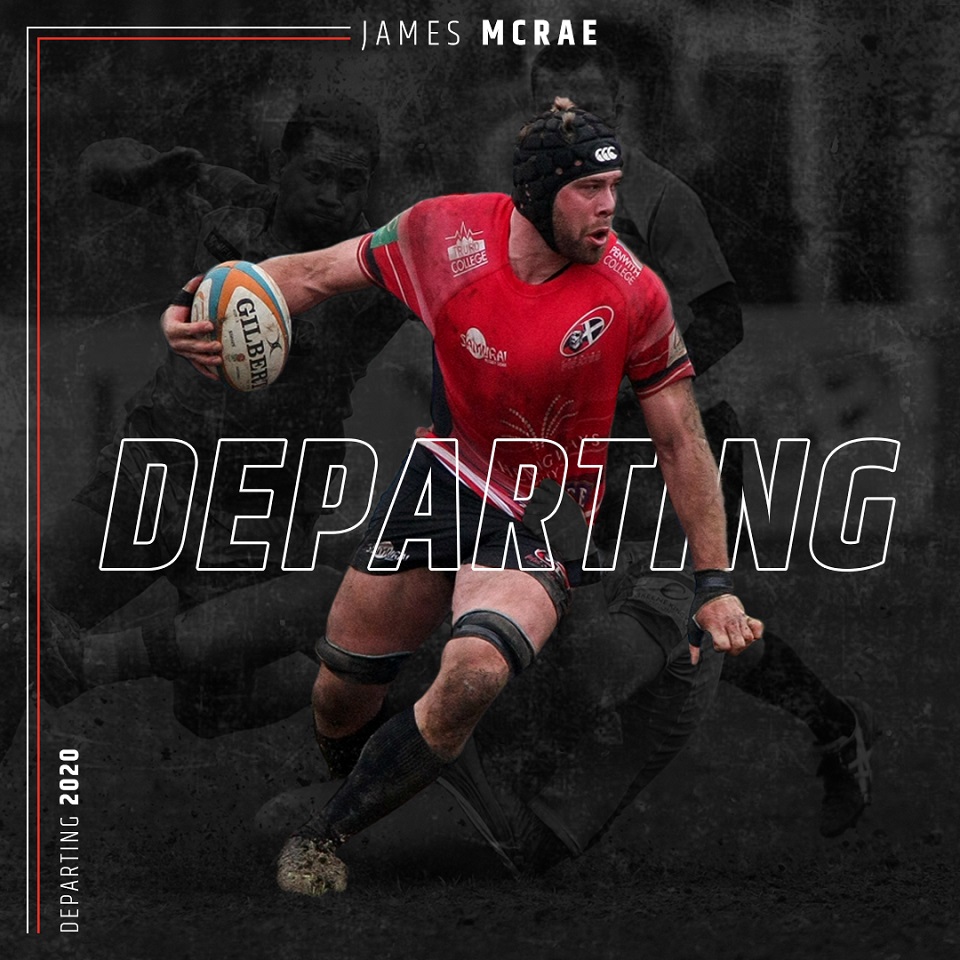