Cornish Pirates / Cargs is ‘Top Points Scorer’ in The Cup

Cargs is ‘Top Points Scorer’ in The Cup

With two games completed in this season’s British & Irish Cup competition, Cornish ‘Pirate’ Will Cargill is the ‘Top Kicker’ with 28 points to his name. Ealing Trailfinders’ Shane O’Leary is second on 24 and Brendan Cope from Jersey Reds third with 17.

The top ‘Try-Scorer’ is Ealing Trailfinders’ James Cordy-Redden. He has touched or crossed the whitewash on five occasions, whilst his club colleague Will Harries is second with four. Three players have three to their name, and five are on two – including Tom Cowan-Dickie from the Pirates.

There are five Pools in the British & Irish Cup – as follows:-

It is early days however the present Pool leaders are: Pool 1 – Bedford Blues, Pool 2 – Leinster A, Pool 3 – Jersey Reds, Pool 4 Ealing Trailfinders, Pool 5 – Cornish Pirates.
With particular reference to the Cornish Pirates, they have two victories to their name, winning 35-19 away to Hartpury RFC and 23-14 at home to Ulster A.

Their remaining four Pool games will be played on the following dates:-

Sunday 10th December: Scarlets Select – Away – ko 2.30pm at Carmarthen Park. Sunday 17th December: Scarlets Home – Home – ko 2.30pm. Friday 12th January: Ulster A – Away – ko 5pm at Shaw‘s Bridge Sports Association, Belfast.
Saturday 20th January: Hartpury RFC – Home – ko 2pm.
At the end of the Pool Stage the highest ranking Club in each pool shall be the pool winner and the pool winners together with 3 best runners up across the 5 pools will all proceed to the quarter-finals. 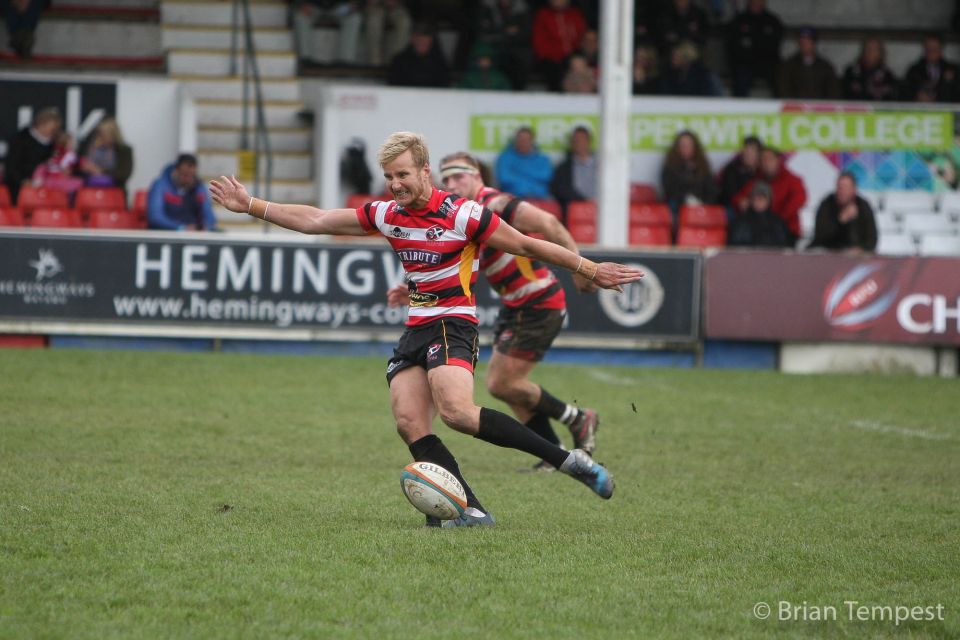