When the Cornwall Sages rugby group held their March meeting at the Pirates ‘Westholme’ clubhouse last Thursday, the 8th March date was 60 years to the day when Cornwall featured in a most memorable County Championship Final.

A large gathering of former rugby players was present during an enjoyable afternoon, including among them five members who featured in the 1958 final played against Warwickshire at Coventry. They were forwards Kenny Abrahams (Redruth), Alan Mitchell (Redruth) and Alvin Williams (Pirates), and the half-back pairing of Peter Michell and Graham Paul (both Pirates).

An exhibition set up by archivist Phil Westren displayed photographs and press cuttings relating to the 1957/58 season, Cornish pasties were an obvious must with suitable liquid refreshment, and the afternoon ended with a rousing singsong led by Colin ‘Knocker’ Kneebone.

To reach a County Championship Final 60 years ago was quite some feat, as the profile and strength of the competition was at a much higher level than has been the case in recent decades. Indeed, in rugby’s then pecking order, in importance it was just one level below England Trials status.

Cornwall had only ever featured in three previous finals, starting with that famous 17-3 win at home to Durham in 1908. In their two other appearances they lost 12-0 away to Durham in 1909 and were also beaten 12-8 away to Yorkshire in 1928.

As for 1958, after winning 14-8 against Lancashire in the ‘semi’ played at Redruth, the men in black and gold were always going to have a tough task ahead of them in the final. In opposition at Coundon Road, Coventry, was a particularly strong Warwickshire team, who won 16-8.

At no time did Cornwall play badly, as every man gave his all, but against the might of their opponents it was not quite enough. Yes, it was defeat, but it was certainly no disgrace.

The team that represented Cornwall in the final was as follows:

Peter Michell, who played 60 times for Cornwall and captained them for two seasons, recalls:

Having won a superb semi-final against Lancashire, we were confident we would play well. However, we were also very wary of the outstanding Warwickshire team who would win the Championship seven times in eight years.

We stayed in the The Hotel Leofric in Coventry’s main square, and my memory is of huge numbers of Cornish supporters that gathered in the square outside.

The weather was very cold, and when the match kicked off I recall playing into a strong wind with blowing snow. In spite of this we were probably just the better side and scored first, Vic Roberts taking a vital pass from Graham Paul who had a good match. Our captain Harold Stevens converted.

As if my magic the strong wind and snow stopped on the stroke of half-time, and in the second half Warwickshire steadily dominated the match to win 16-8. All of us accepted they deserved their victory.

At the final whistle Warwickshire players wanted to exchange jerseys, whilst being so proud of our black and gold we were a little reluctant. On a rare occasion, however, we did. 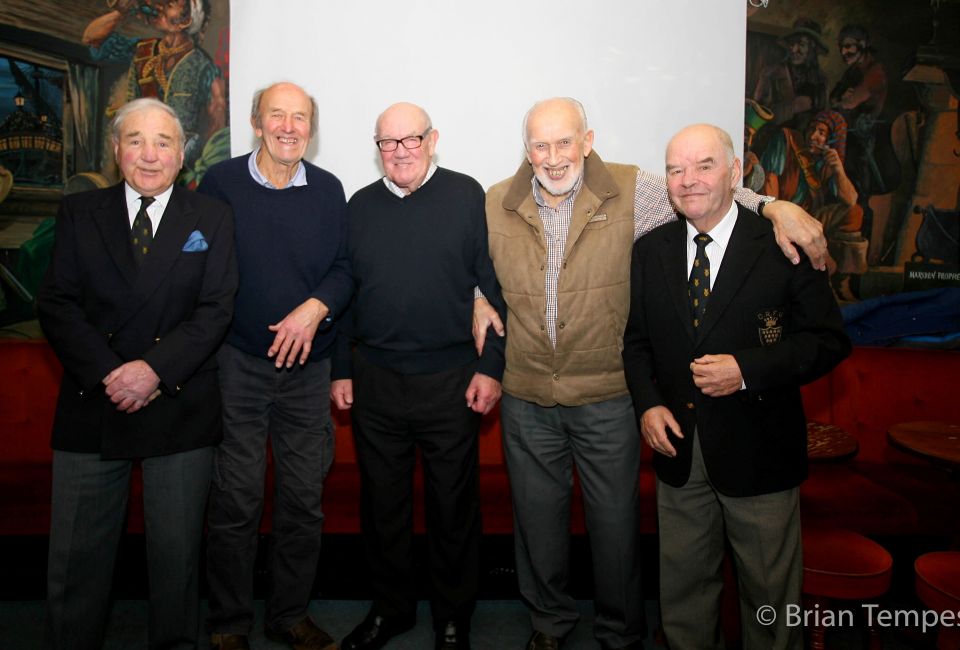 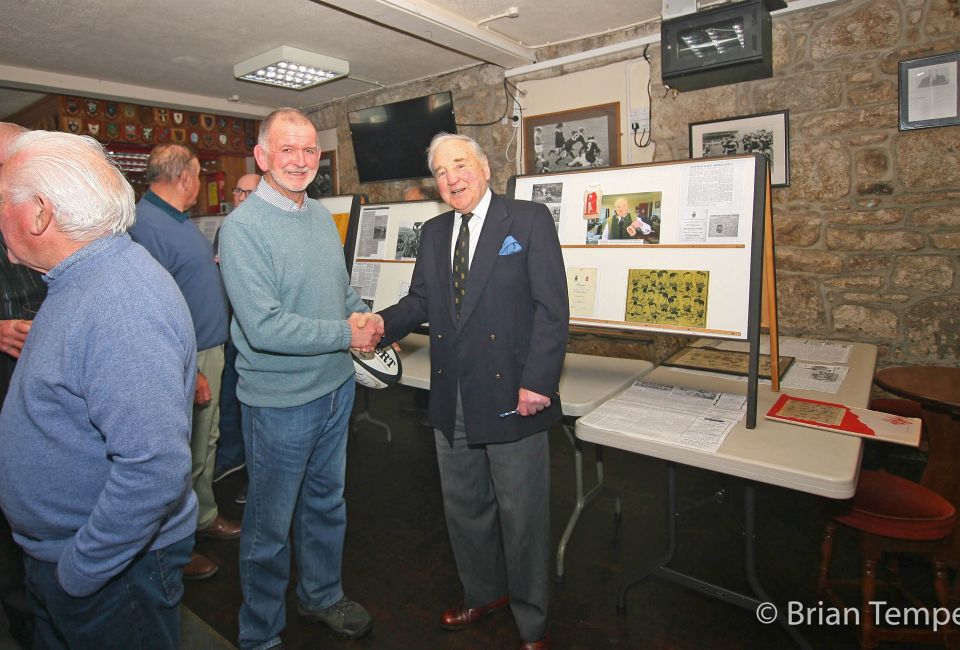