Welcoming members to Penzance & Newlyn RFC’s recent Annual General Meeting held at the ‘Westholme’ clubhouse, President Terry Drew then asked all present to stand in memory of those members who had sadly passed away during the year.

Next, in his Clubhouse Administrator report that followed, Terry mentioned the welcome return to the Cornish Pirates of both Chris Stirling as Director of Rugby and Matt Jess as an Assistant Coach. He also praised last season’s small squad and the coaches for ending the league campaign in a satisfactory fifth position, besides reaching the semi-final of the new Championship Cup competition. A pre-season victory against Exeter Chiefs was also a highlight.

The Pirates Amateurs once again had a difficult season, not helped at times reference the availability of players for away games. However, they avoided relegation and should hopefully be stronger going forward. Terry importantly commented “As we all know, they will be our senior side when the Cornish Pirates eventually vacate the Mennaye.”

Congratulations were expressed to the club’s Youth Section, which includes the Colts and Ladies/Girls teams, and it was reported that the Squash & Racketball Club continue to progress and now have over 50 members. The ‘Westholme’ clubhouse has also been busy, hosting various events and still used weekly by the Penzance Art, Bridge and Camera Clubs.

To conclude his report, Terry commended the continuing efforts of various personnel, including members of the Pirates Supporters Club and the volunteer ground staff. He also thanked Dicky Evans for his continuing support.

The club’s Treasurer, Mike Adams, was unable to attend the meeting, however his submitted report painted an encouraging picture. The club has continued to increase turnover with bar sales, and it continues to work to a close budget, focusing spending on the clubhouse and facilities whilst the Cornish Pirates have invested heavily on the pitch. Overall, the club has turned a deficit in 2018 of £8,004 to a surplus in 2019 of £6,990, which has been invested in necessary capital additions.

Representing the Youth Section in the apologised absence of Chairman Tony Hands, Vice Chairman Euan McNeill advised they had teams in every age group, which was a positive. Another successful year had been enjoyed, with touring sides hosted and tours undertaken, and with team and individual honours achieved. A highlight effort was the Pirates Colts winning the County Cup for the first time since 1990. Euan advised that the Section was looking to strengthen its ties with the Pirates Amateurs and the club generally and he praised the efforts of co-Chairman Cullam Osborne who had stepped down from his role. Thanks were also expressed to Dicky Evans for his considerable contribution to the cost of new playing kit.

Addressing those present at the AGM on behalf of the Cornish Pirates, Chris Stirling said it felt right to have returned to the club and there was a real buzz about. Pre-season has gone well and efforts will be made to support the Pirates Amateurs and the Youth Section in the coming season.

Club Chairman Scott Dugdale, who was thanked from the floor for his continued commitment, felt the past year had been a good one, with Penzance & Newlyn RFC and the Cornish Pirates working well together. He highlighted also the terrific work being done on the ground which would be of benefit this season and well into the future. 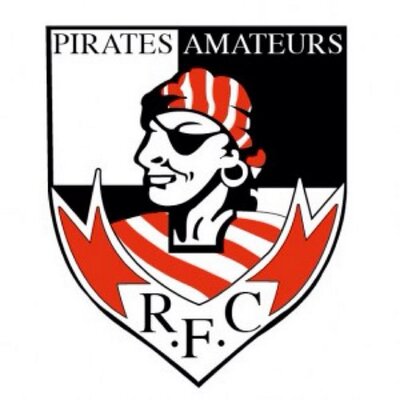