The Monckton Cup for Achievement

This trophy is presented in memory of Bill and Brian Monckton, a father-son combination who were both former players, served on committee and became respected officers – Bill, a former captain, Chairman and then President, and Brian in later years also becoming Chairman.

The trophy this year goes to a person who has been not only been a talisman in the captaincy role this past couple of seasons but is also a true gentleman. The winner is, of course – Brett Beukeboom.

Brett’s achievements can be seen through the times we have struggled and the more recent times with him being our leader. He is an outstanding human being, who is well respected by everyone attached to the Pirates and this is a very well deserved award. 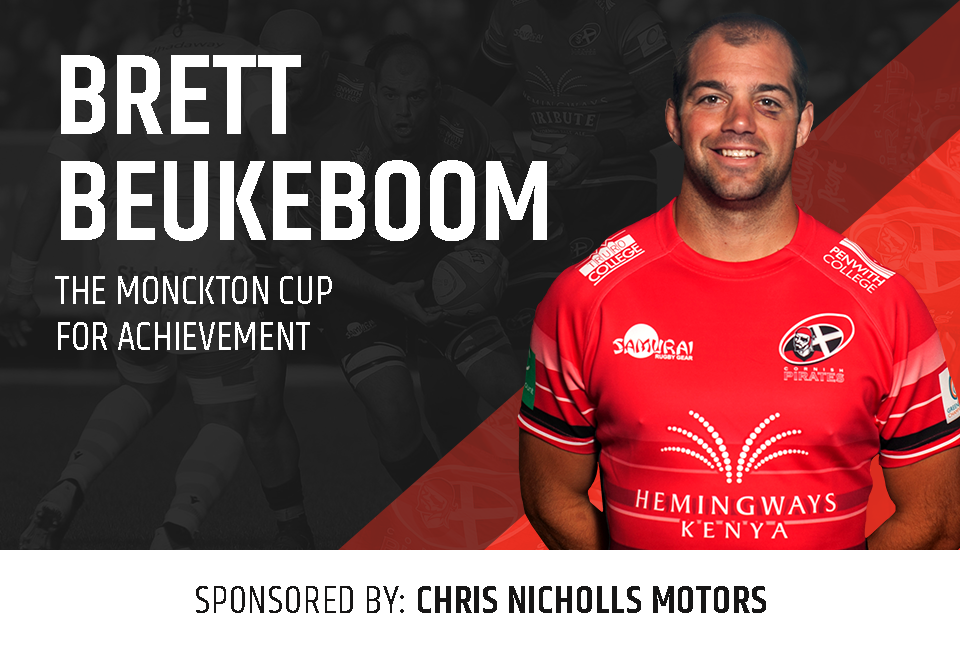