Like other awards, to be considered the most improved player is a true honour for deserved recipients. It acknowledges the efforts they have made to improve and develop their game for the benefit of themselves and the team.

There were several candidates for this award, however few would argue that the player with most votes this year is a fully deserved recipient. It is – Maliq Holden.

Great effort from Mal. When he first arrived, I thought he was a good student of the game and always willing to learn. At the beginning of the season he just took a massive leap forward and he quickly put himself in position of number one at times both at full back and wing. I think his progression was so vast this past season that it had to be recognised, but I still believe he has more in the tank.

Mal is a highly competitive back three player who has really stepped up this year and taken his chances. He has some incredible standout moments this season, his try saving tackle away at Nottingham is a great example. Yes, he has really made a step up to the mark. 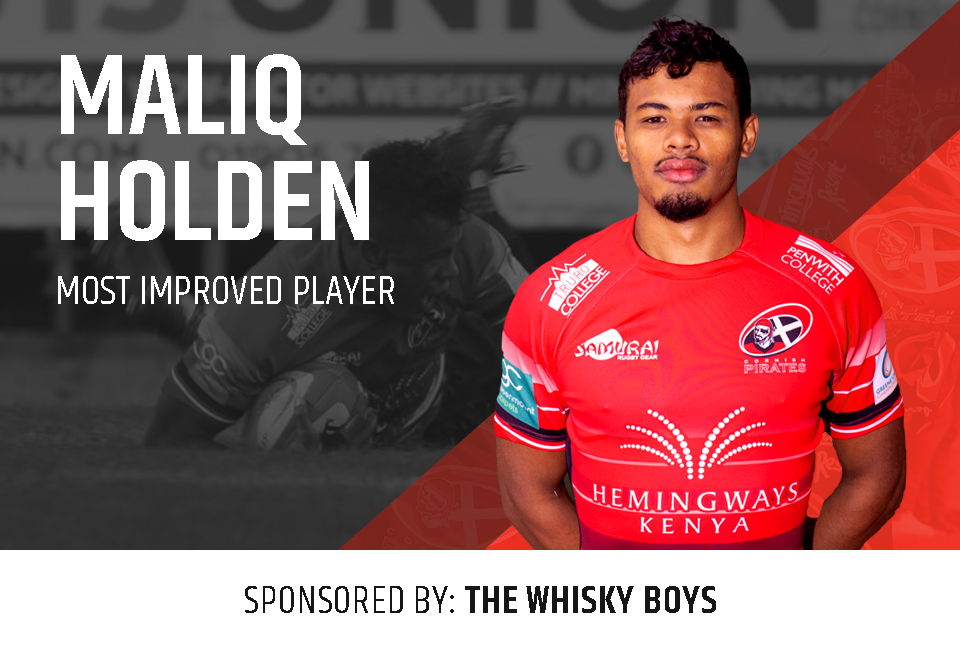