This trophy has been presented annually since 1999 in memory of a former player and committee man John Stirling. It is traditionally awarded to someone who has displayed commitment in a considered special way (actually, the first presentation was to a couple, David & Sue Holmes!). Over the years John’s widow Wendy, who continues to be a great supporter of the Pirates, has presented the award.

Confirming the winner for 2020 is of no surprise and has been a relatively easy choice. Since joining the Cornish Pirates from Plymouth Albion in 2015 this player has throughout displayed wholehearted honesty and commitment, never ceasing to help where he can. The winner is – Brett Beukeboom. 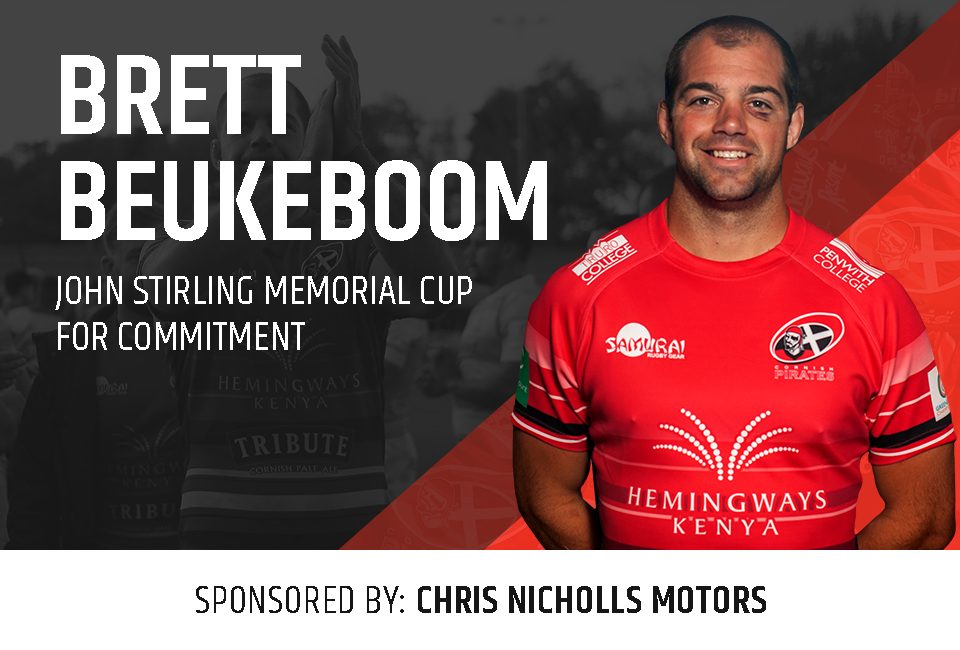