Sportsman of the Year

It is of great credit for someone to be recognised as the Sportsman of the Year, and annually the Pirates are fortunate that there has been no shortage of candidates.

The winner in 2020 is someone who decided to announce his retirement nearing the end of the season. A very fine player, he has always been keen to contribute in a variety of ways and will naturally continue to do so in his new role of Team Manager. Well done – Matt Evans.

Matt is a top bloke, his contributions to the Pirates massive and he will be able to continue that legacy in his new role with us. When you talk about someone giving their heart and soul to a club, Matt’s is the size of a basketball. His contributions on the field will be missed by the guys but we know we will continue to see that heart in his Team Manager’s role.

Note: The next 2019/20 award to be announced will be at noon tomorrow. 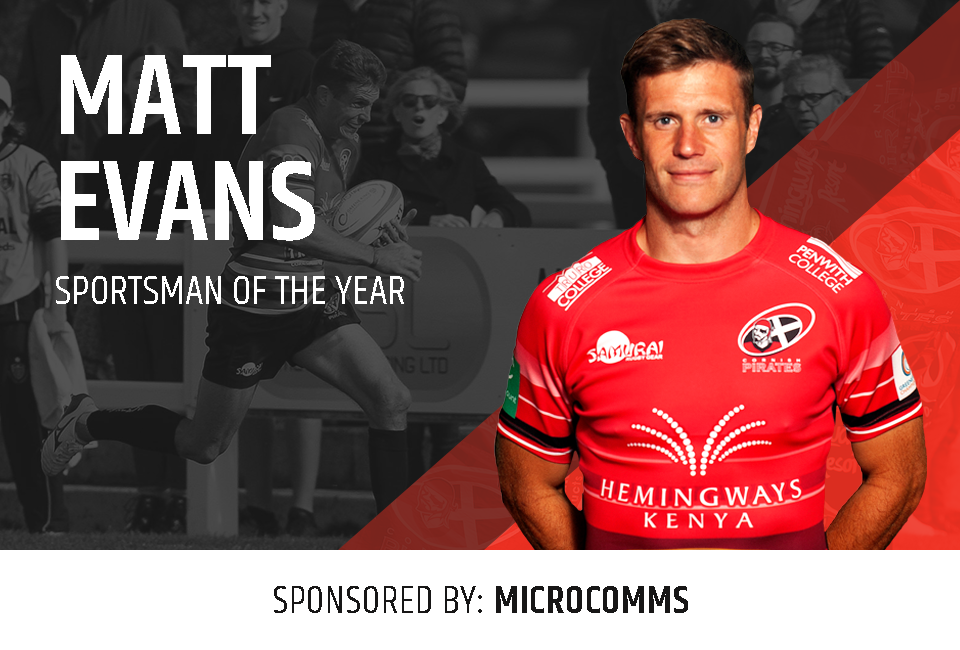