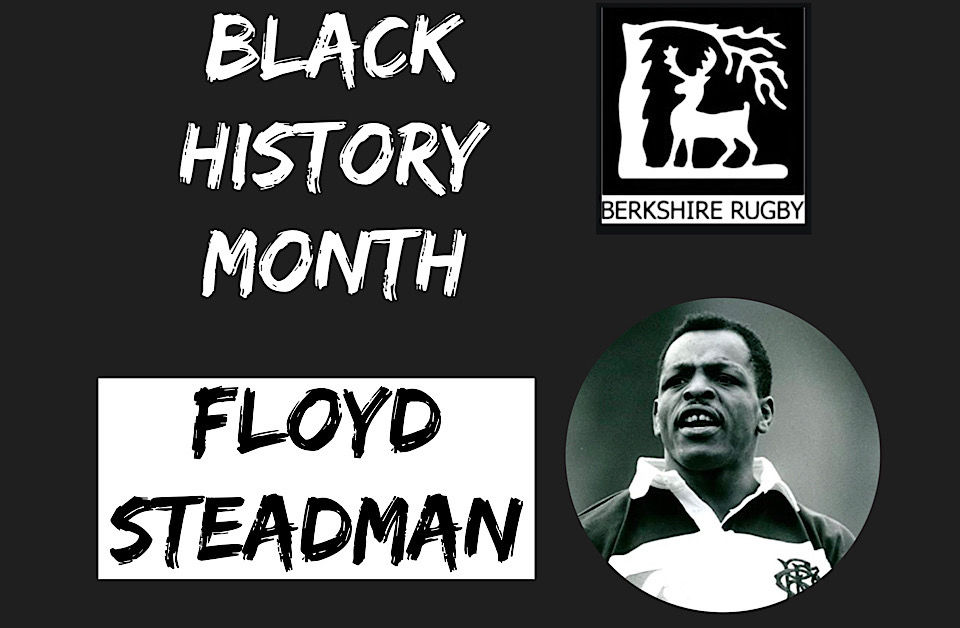 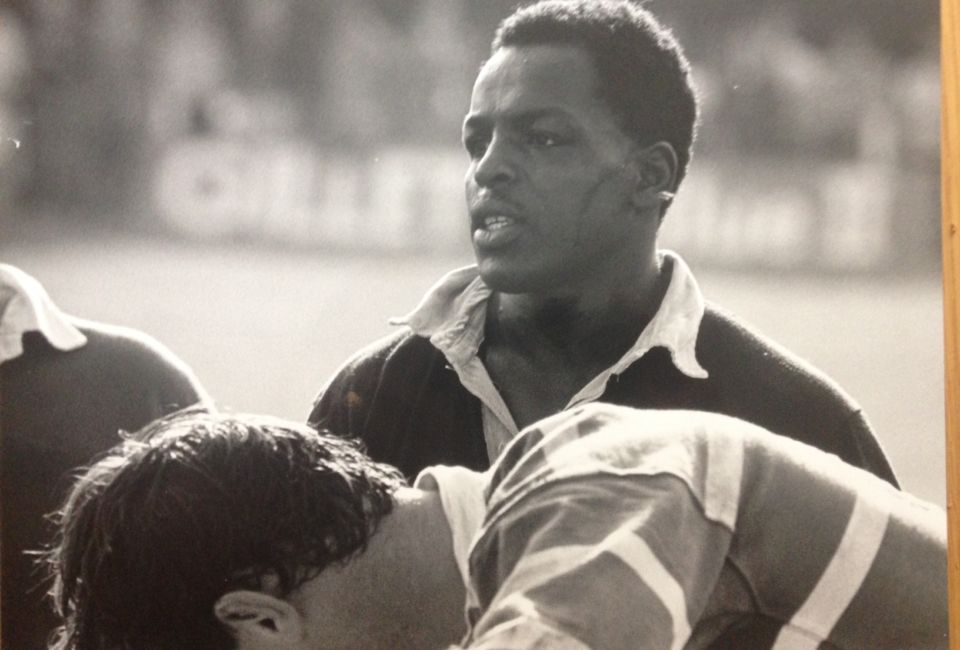 A good number of people will know Floyd Steadman locally. A brother-in-law, he was a former rugby scrum half who captained both Saracens and Middlesex, plus he was a ‘Barbarian’ who could perhaps, in different times, have quite easily played for England. Floyd also, during the 1980s, played occasionally for the Pirates.

As part of October’s ‘Black History Month’, a most interesting article has been compiled reference Floyd, which is so worthy to view via the following link:

Now, as part of Floyd’s quite incredible story and truly quite admirable achievements, both on and off the rugby field, he also married a Madron girl, Denise Friggens, in 1983, who was a sister to my wife Sally. A highly thought of schoolteacher in Ealing, Denise sadly died in 2016.

Floyd was always keen to play for the Pirates when practical, which in general often worked well during the Christmas holidays. Such was his dedication and commitment not to let anyone down, I recall that after early one morning driving from the family home in Madron to play for Saracens away at Northampton, an action picture of him was printed in the Daily Telegraph the next day. It was spotted by a St. Ives supporter when we were playing them away, with the comment made that our scrum half looked very much like Floyd, and he was right. Yes, you have guessed it, Floyd had travelled straight back from the Saints game and duly played for us! 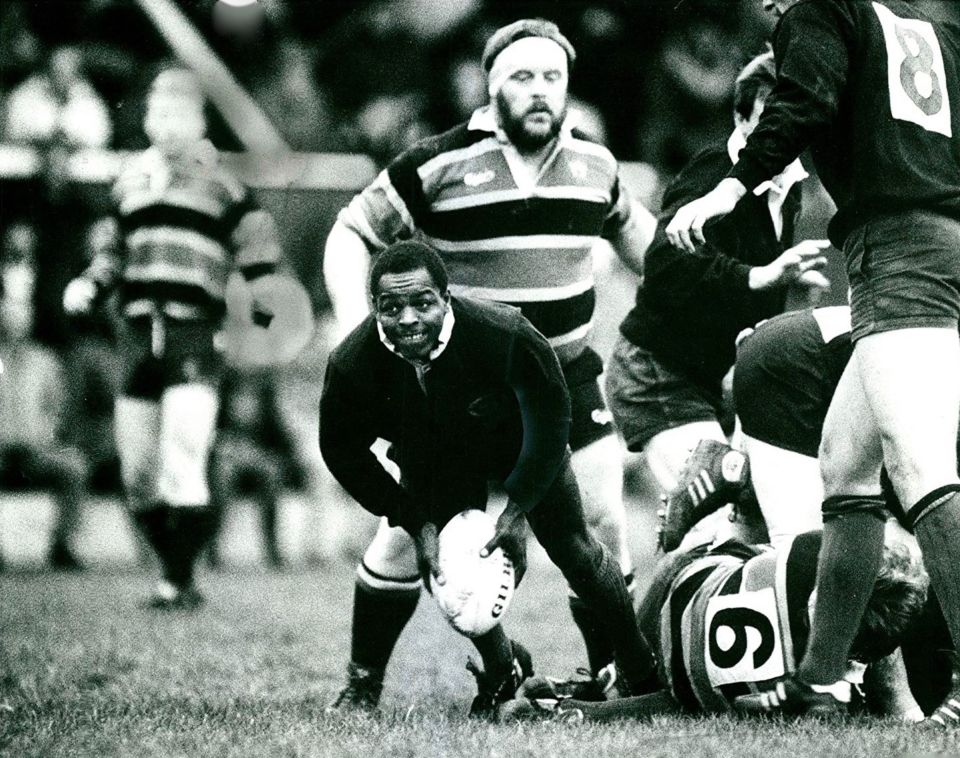 Floyd about to pass in the game away to Northampton Saints

Since his first game for the Pirates, when he had again faced St. Ives, Floyd has spoken highly of Cornish rugby. For his Pirates debut he had expected a nice little run around to keep suitably match fit for his next Saracens game. How wrong he was, as someone forgot to tell him that in the St. Ives back-row that day were Roger Corin and Peter Hendy who, in his own words “chased and tormented me all afternoon.”

Appreciating that rugby in Cornwall can be hard and uncompromising, this was epitomised in the 1989/90 County Championship semi-final. Middlesex, skippered by Floyd, played Cornwall at Redruth, and having played for the Pirates he was able to warn his players what to expect in way of a ‘warm’ welcome. The roar from 11,000, backed by the Falmouth Marine Band quickened the pulse, and with the match ending in a draw it was Middlesex who went through to the final on the most tries ruling. Later that evening Floyd and Denise (who had quite rightly wanted Cornwall to win!) visited a busy Pirates clubhouse. Would Floyd be spurned for helping ruin for thousands an opportunity to spend a cracking weekend away in London? No, not at all, he was sportingly and quite rightly made as welcome as ever.

Besides rugby, Floyd also turned out whenever possible for the JH Bennetts Ltd (‘JHB’) evening league cricket team that I captained for many years. Of no surprise he was a useful cricketer, who also likes to play a little golf – more so nowadays that he has bought a house in the area and can visit his former Saracens rugby playing colleague and half-back partner, Andy Cleary, who owns Cape Cornwall GC.

Back to ‘Black History Month’ awareness, has Floyd experienced abuse over the years? Yes, of course, on occasions he has, but certainly none of it deserved and none of it excusable . I do remember that when he played for the Pirates in a certain game, one ‘supporter’ was verbally out of order with a comment shouted from the touchline. However, to the credit of all others about the culprit was immediately admonished and quickly learnt his lesson.

At this stage in life, Floyd can certainly look back 40 years and appreciate the warmth extended him when he was firstly welcomed into the Friggens family and then by all who got to know him. His Cornish family is clearly of mighty importance to him, as it is, understandably, to his and Denise’s three fine sons – Oliver, Lewis and Josh.

Below is a photograph of family members and friends who, following Denise’s passing, so commendably ran in a Bristol half marathon and helped raise many thousands of pounds for Cancer charity. 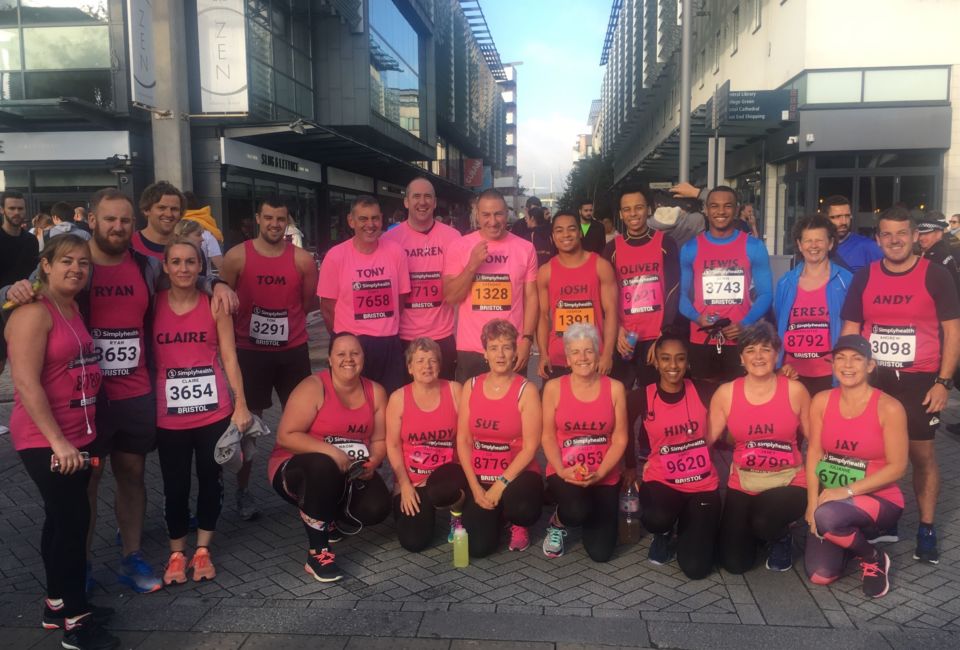 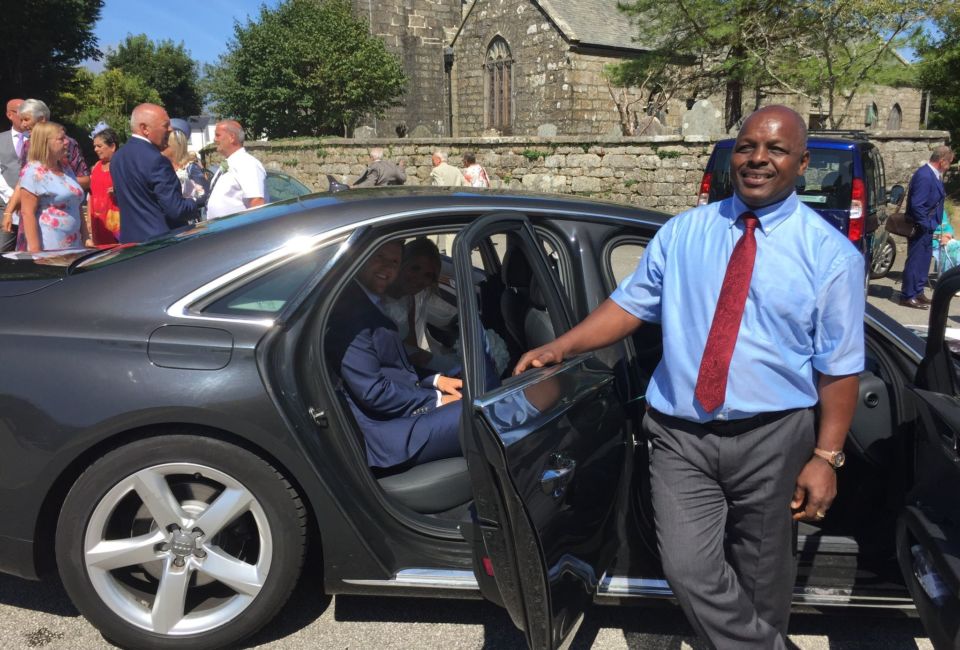