The Cornish Pirates have renewed their partnership with St Austell Brewery’s Tribute Pale Ale for a further three years.

Tribute remains the official beer of the Cornish Pirates and the team will continue to wear its ‘Tribute purple’ away kit, first introduced in 2018 to commemorate their long-standing partnership, with Tribute as a shirt sponsor. A case of St Austell Brewery’s flagship beer will also be awarded to the ‘Man of the Match’ at the end of each game.

Tribute’s relationship with Cornwall’s premier rugby club sits at the heart of the brand’s association with team sports across the South West region, including clubs and competitions that form part of the fabric of their communities. 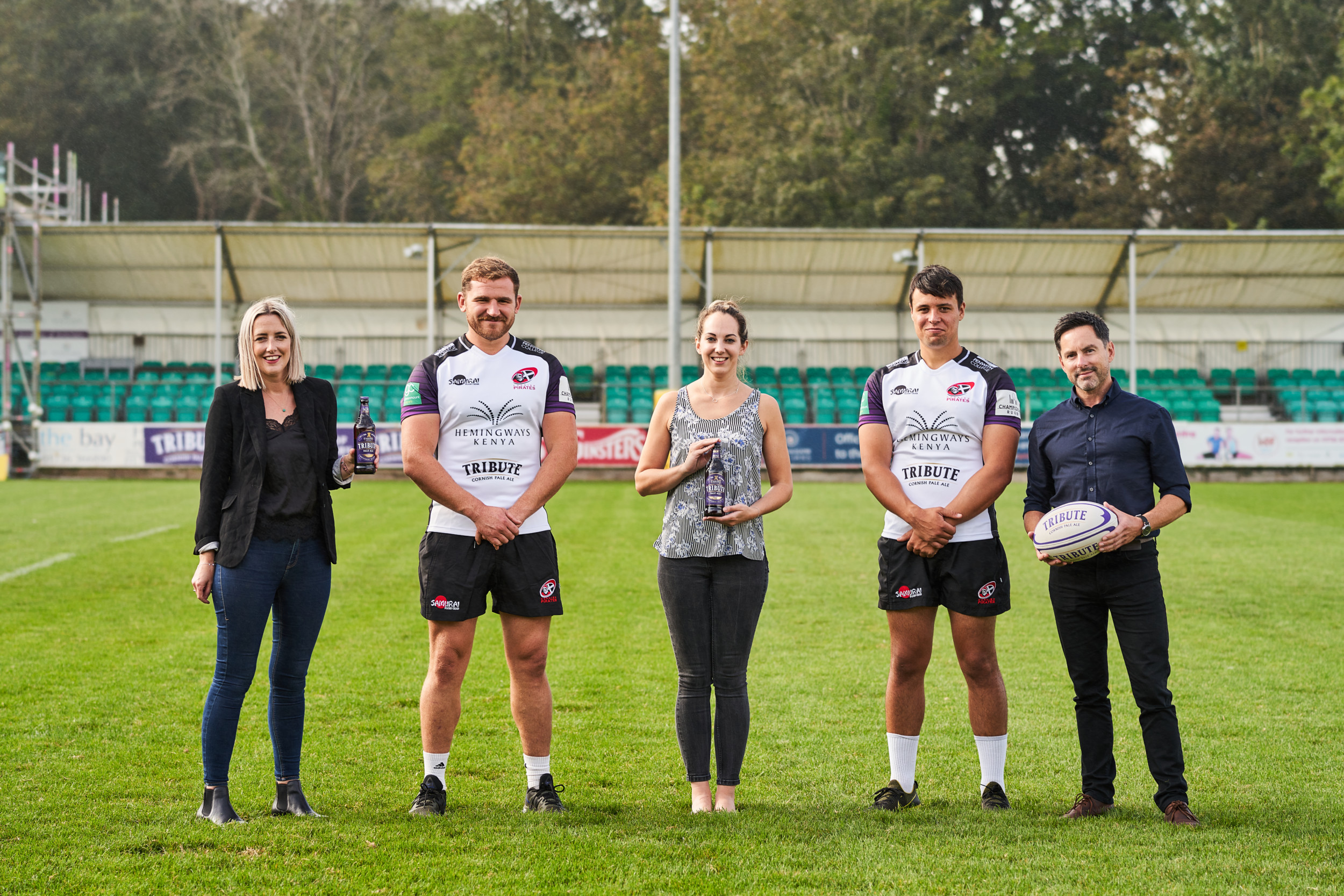 Andrew Turner, Managing Director of St Austell Brewery’s Beers & Brands said: “Tribute Pale Ale continues to support rugby at many levels across the South West, and our relationship with the Cornish Pirates shines as one of our longest and most successful partnerships.

“We are proud to work with a club that serves as a major source of pride for Cornwall, representing the county in the second tier of the English rugby union pyramid. The upcoming season is set to be special as fans return to the Mennaye Field, after an extended period away from live sport. We look forward to raising a beer and cheering the team on from the stands.”

“Their ongoing sponsorship is vital to the Cornish Pirates and goes a long way in supporting our players and events throughout the season.”

To find out more about St. Austell Brewery, visit www.staustellbrewery.co.uk.