The Cornish Pirates ‘Sam Warburton Dinner’ held in the ITEC sponsored Marquee at the Mennaye Field on Friday night proved a huge success.

Nearly 200 people were present to enjoy an excellent meal and to meet and hear honoured guest Sam Warburton OBE, the former British Lions and Wales captain, speak. Master of Ceremony was Damian Hopley who played for Wasps and England and has for many years been CEO of the Rugby Players’ Association which he founded.

Sam responding to Damian’s questions was the highlight of the evening, the now retired rugby star’s frank, honest and often poignant responses proving quite revealing, especially in relation to his injuries and the build up to him eventually ‘calling it a day’. He also said that it was his ambition to play for the Lions from a very young age, which he achieved by clearly being competitive and determined

One story also recalled the time when Sam was sent off in the 2011 Rugby World Cup semi-final. He thought he would return home to Wales a villain, however after describing walking through Cardiff and getting a standing ovation from people outside pubs, it was a moment when he realised that ‘everyone had my back’.

Family has clearly been important, he is very close to his twin brother Ben, and is nowadays a proud young dad. There were also other illuminating stories told, including one about ghosts in a supposed haunted hotel where his Welsh roommate was fellow back-rower Dan Lydiate just before their match against England at the 2015 RWC.

It may surprise many to learn that Sam was considered an extreme introvert, however channeling energies to be the best he could be, and by learning to deal with all that life throws at one, he admirably made it to the top. Everyone makes mistakes, the philosophy being that it is how you bounce back that counts.

So, listening to Sam, he came across as quite some personality, who at the same time is also thoroughly genuine and humble.
And who was his tip to win the forthcoming Rugby World Cup, Well, perhaps surprisingly, it was not Wales, as for him it will be either England or South Africa. We will see!

Following Sam having spoken, an auction helped raise over £8,000 for the ‘Sports Cornwall Foundation’ whilst proceeds from a raffle are to be divided between Cornwall Air Ambulance and Combat Stress.

Dicky Evans, who was present at the evening, has personally thanked the Pirates management for the hard work put in to get the evening organised, with particular mention to Robin James, Robyn Ashurst and Rebecca Thomas. He also thanked Lee and Claire Miles of Roseworthy Farms for providing the excellent menu.
Finally, appreciation was expressed to the major sponsors supporting the evening, namely St. Austell Brewery, RHOS Construction, Microcomms, Glengoyne, Thatchers, Ginsters, Hemingways, and Roseworthy Farms. 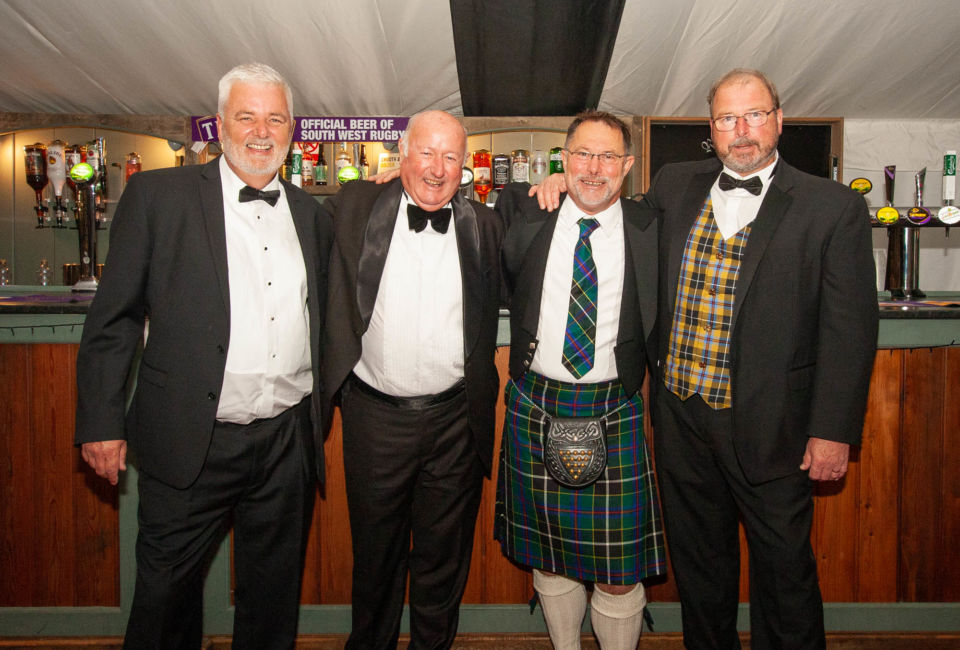 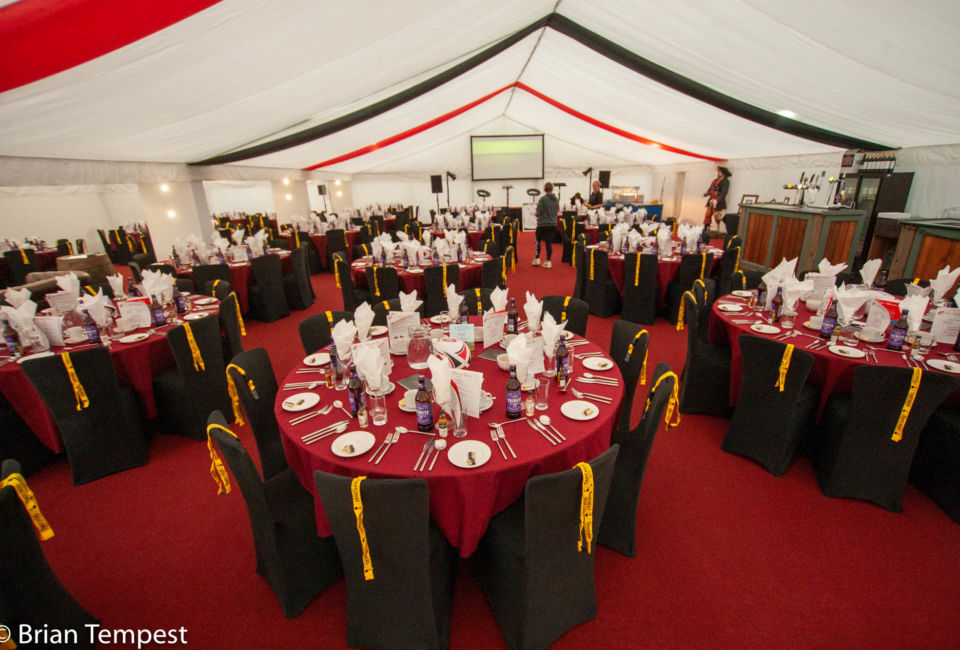 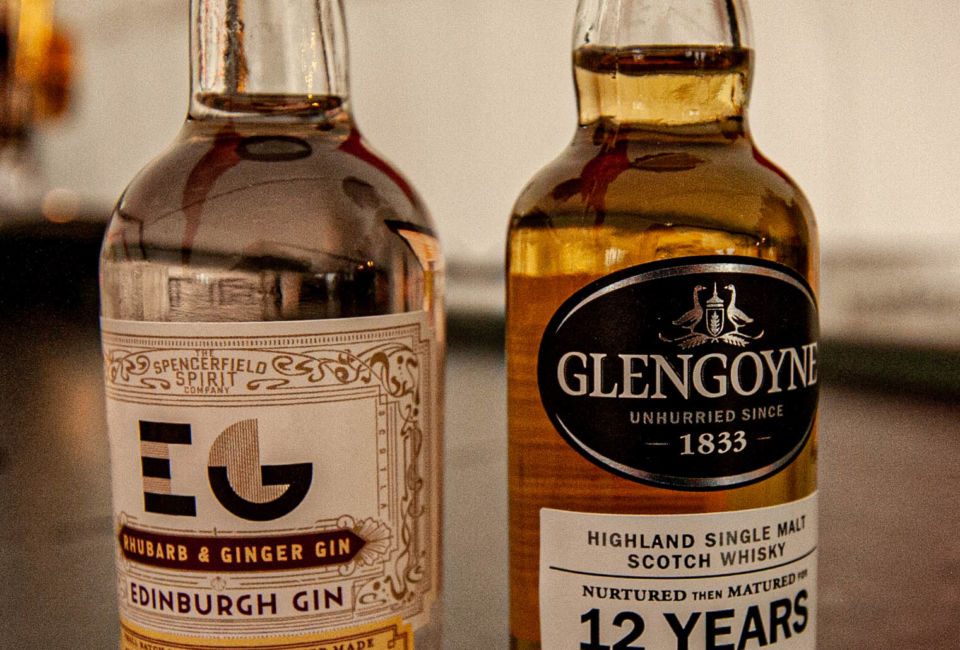 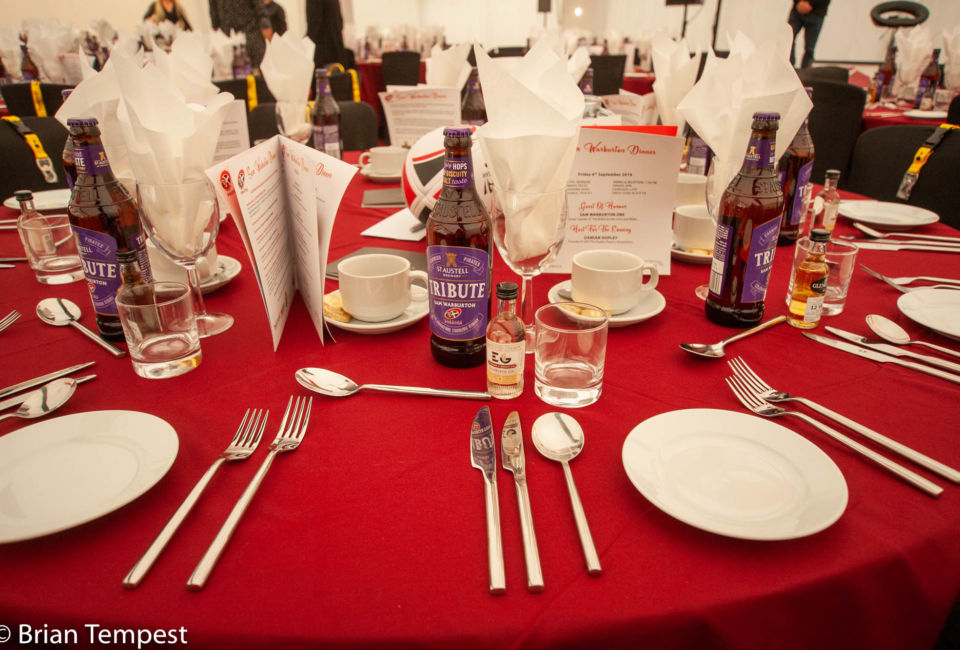 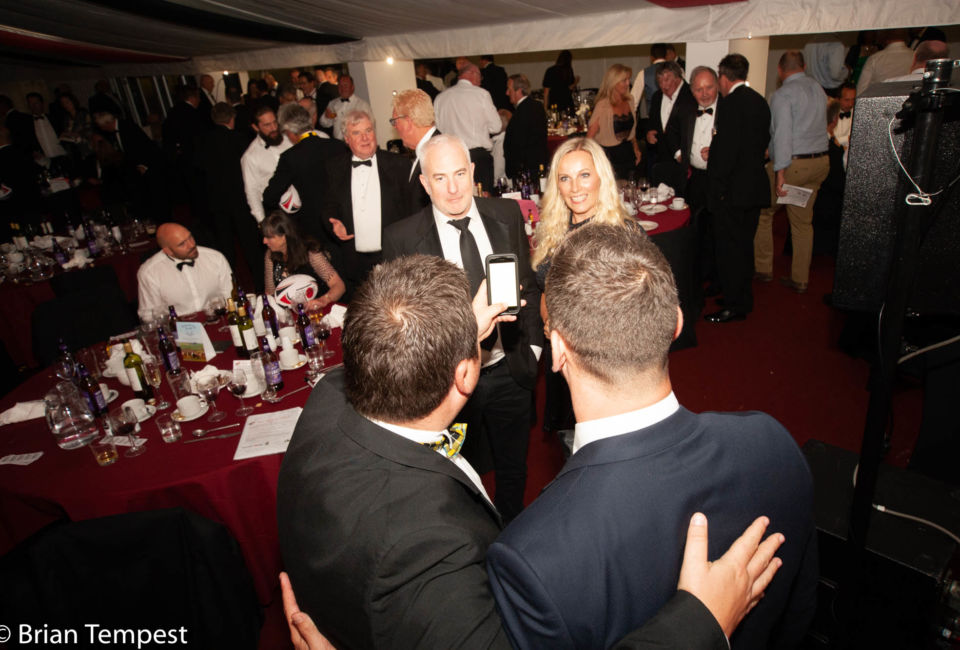 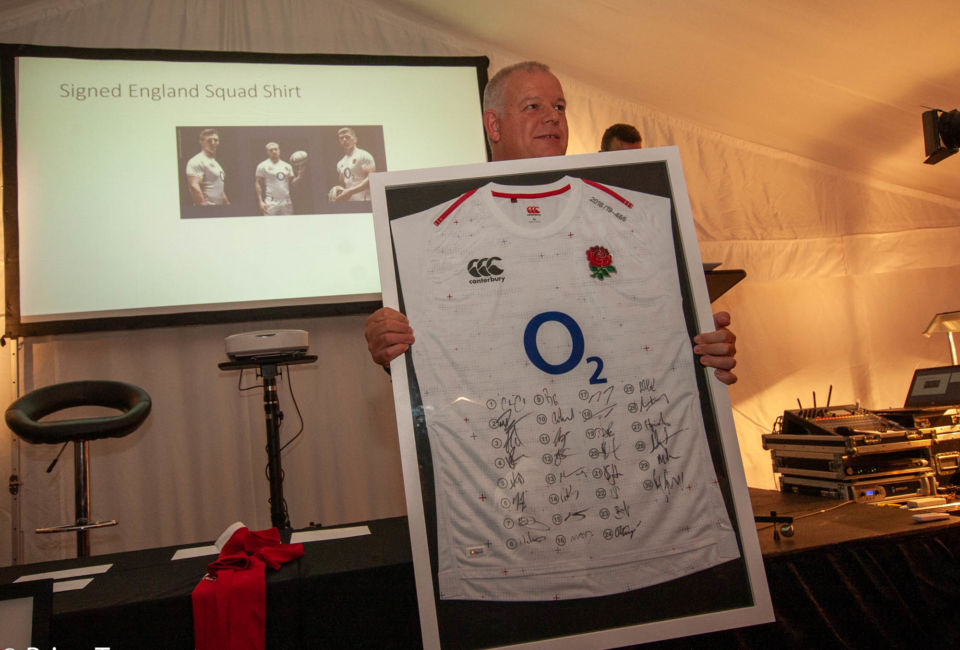 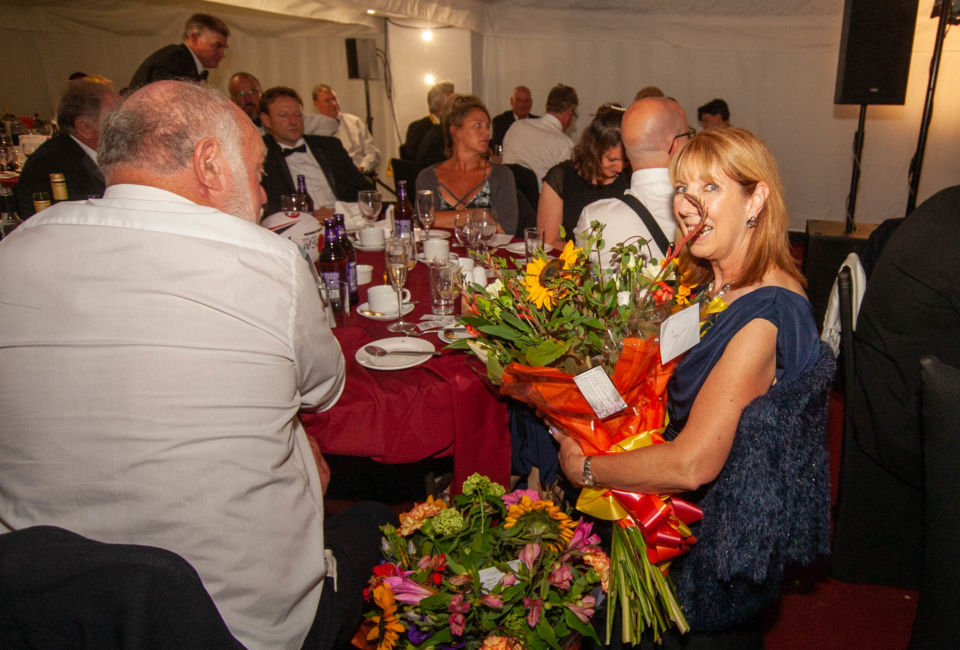 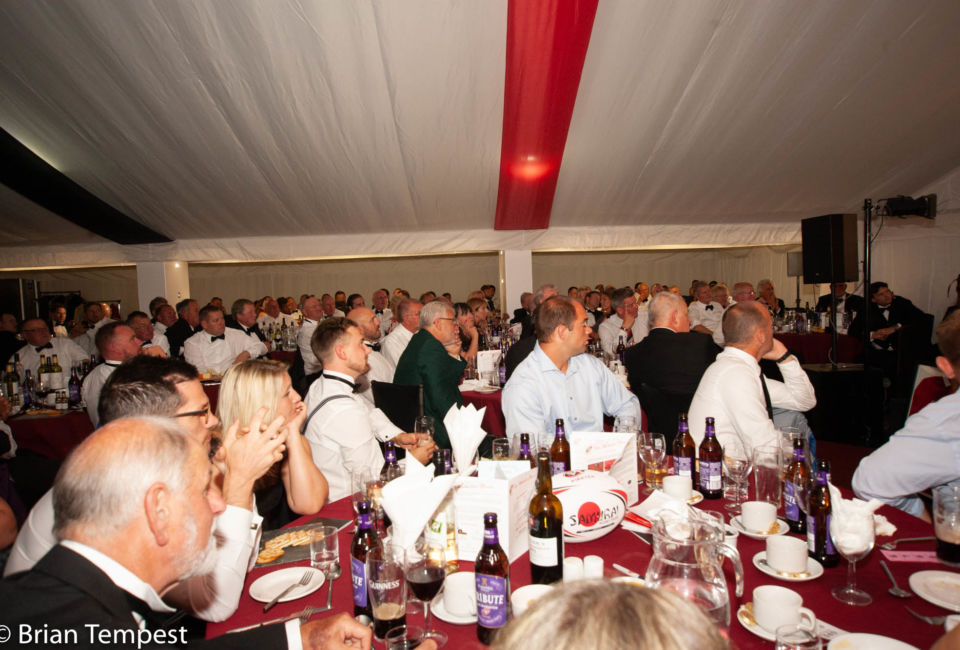 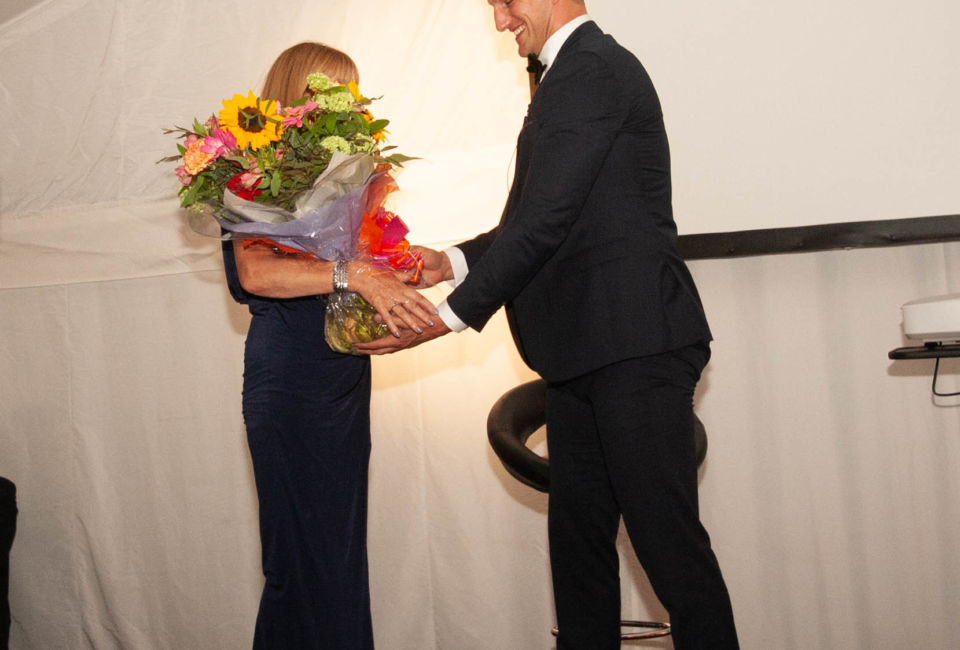 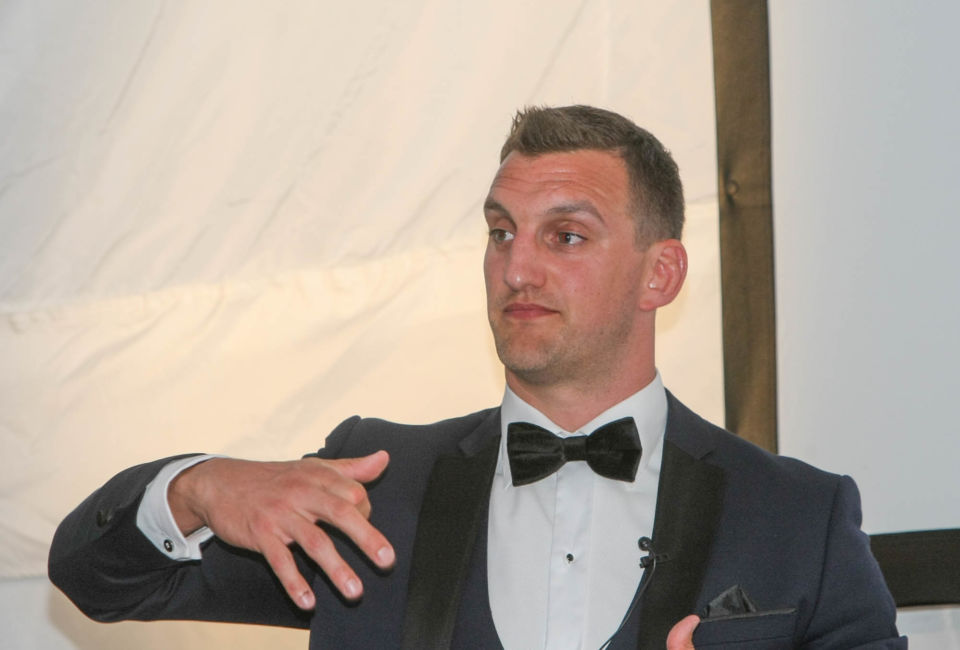 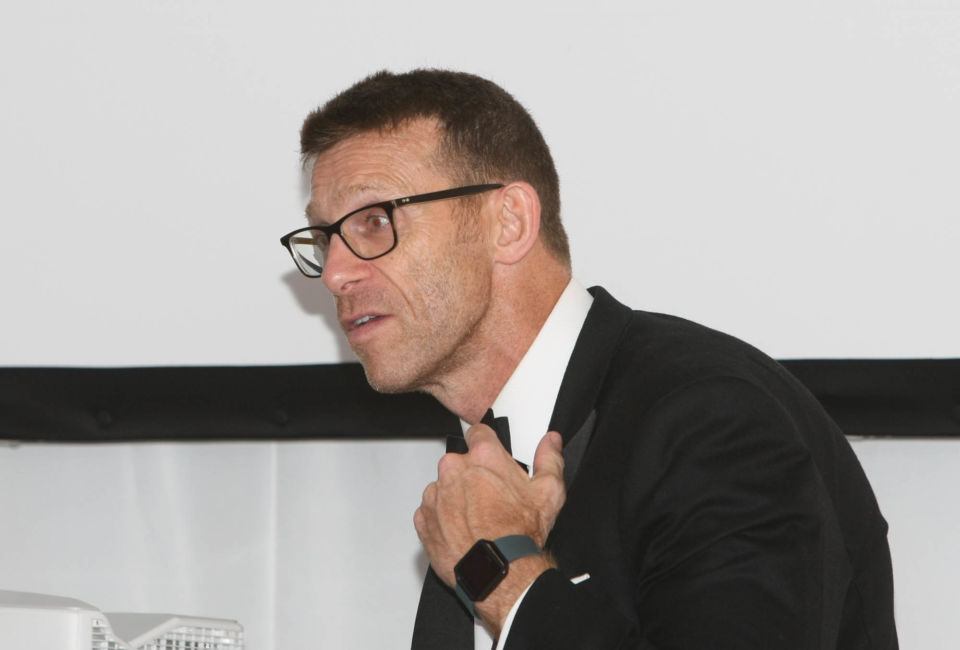 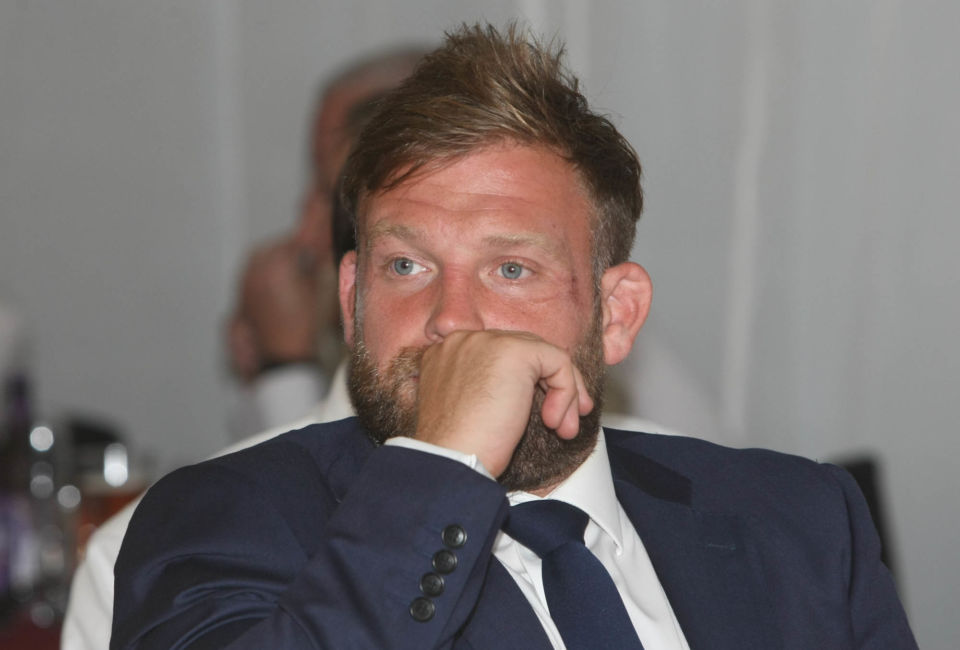 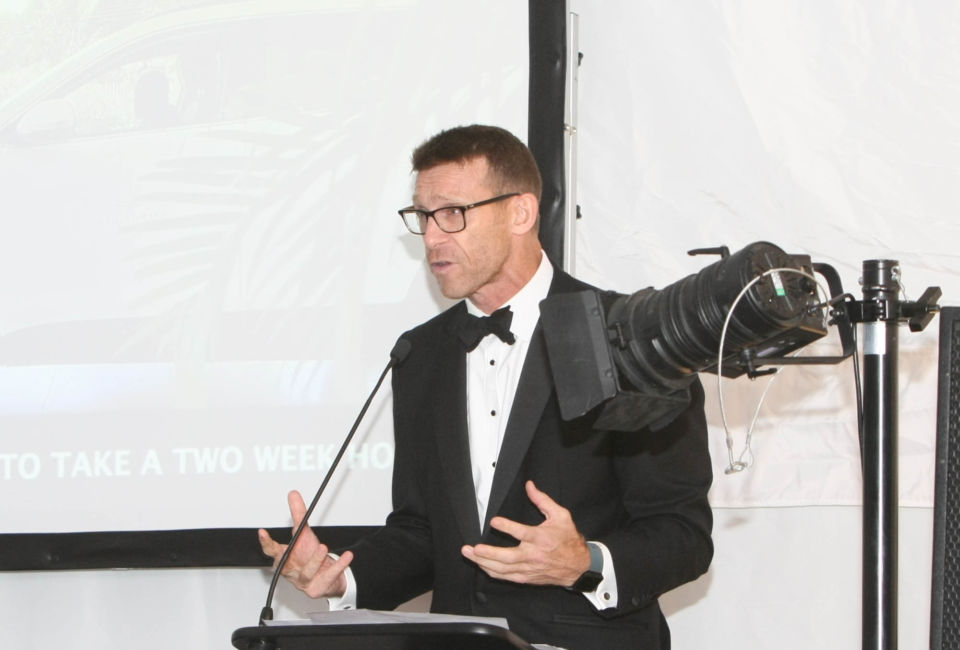