Flashback – Dicky’s Memory in The Mud!

Flashback – Dicky’s Memory in The Mud!

And a Night on the ‘Lash’ 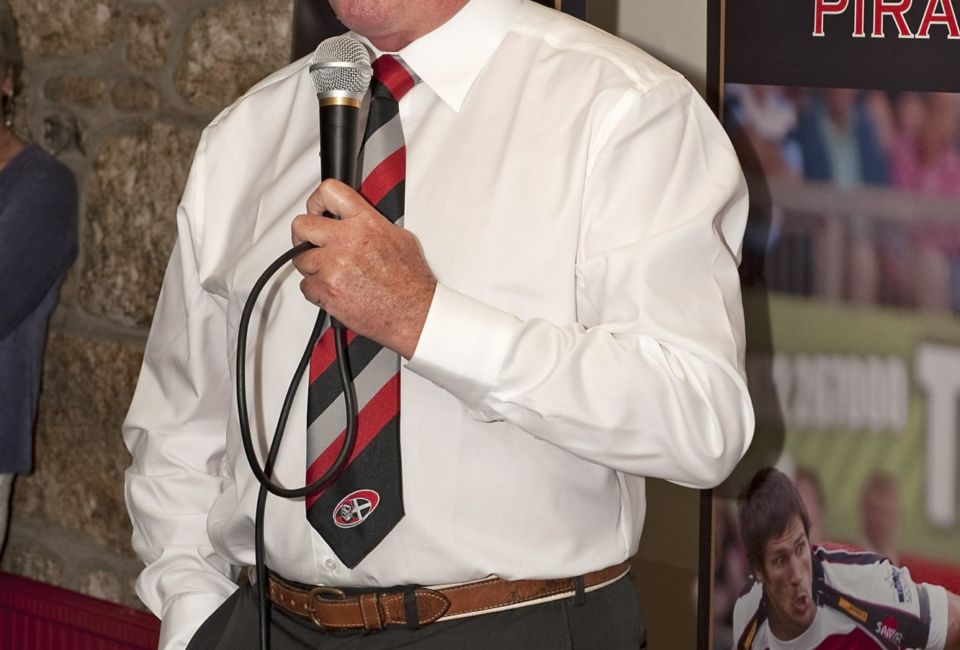 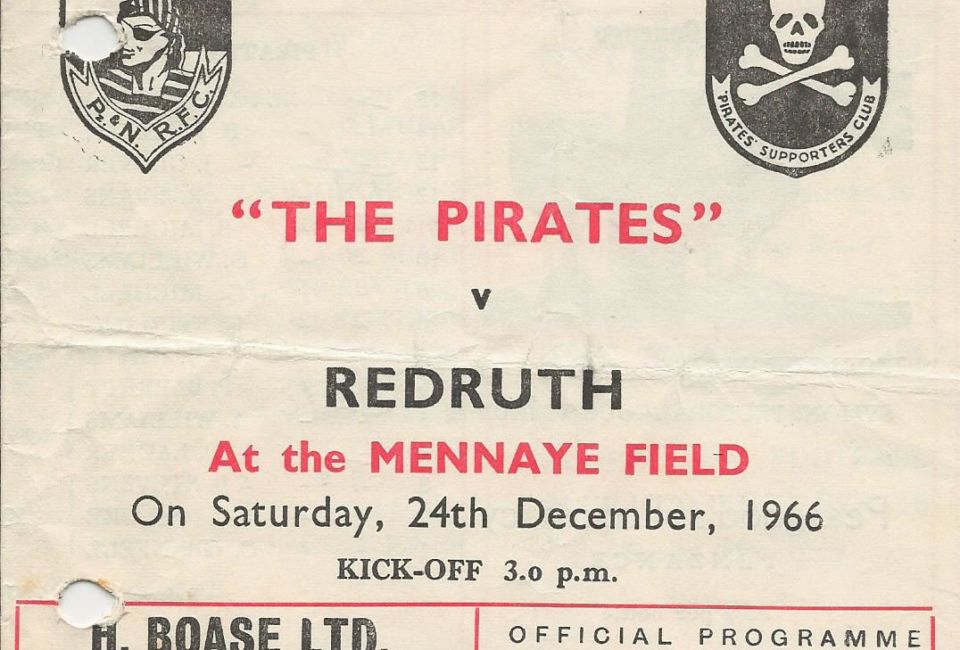 The fixture concerned, played at the Mennaye Field on Christmas Eve 1966, was against Redruth. There were two strong sides in opposition, with the Pirates emerging 22-12 victors.

Dicky was last week giving his office a very belated spring clean when he came across a copy of the match programme (I also luckily have one on file). He recalls:

I can remember the game only for the brilliant defensive kicking of Richard Sharp, the fabulous England fly half, who kicked the heavy leather ball a full sixty yards from his own ‘25’ (yards, as it was then).

It was muddy, but we still scored five tries. ‘Stack’ (Stevens) got one, Roger Freeman and Stuart (Michell) had one each, and I skidded in for two!

After the game I had an orange juice in the bar with the great man himself (Richard Sharp) – and then went on the lash with Stuart. It was helluva win against a much-fancied Redruth side.

So, who were the teams? Note as follows:

Besides our try-scorers that Dicky mentioned (tries worth 3 points back then), there were also two conversions and a penalty kicked by Alvin.

Richard Adrian William Sharp, OBE, was born in India in 1938. His father was a mining engineer and his mother Redruth born.

Educated at Montpelier and Blundells prep and public schools, and at Balliol College, Oxford, fly-half Richard played for Redruth, Wasps, Bristol, Cornwall, England (14 caps), and the British Lions (1962). He also played rugby for Devonport Services and the Navy during two years of National Service in the Royal Marines.

It was after his National Service that Richard arrived at Oxford, where he would play in three ‘Varsity Matches (1959/60/61). As for his England debut, that came in 1960, when at the age of 21 Wales were beaten 14-6 at Twickenham. He was described then as probably the most elegant player England ever had at fly-half, and it provided just one of many memorable occasions. A highlight, of course, was not just skippering England to the Five Nations Championship in 1963, but the spectacular part he played in helping England beat Scotland at Twickenham to lift the Calcutta Cup. Scotland held an eight-point lead at half-time, but the second half belonged to England – and Richard. A try he scored has been labelled as one of the greatest ever. It involved attempting a scissors move from a scrum on the Scots ‘25’. Centre Mike Weston cut across, but Richard decided not to pass the ball and, as defenders hesitated, he deceptively went for the gap that appeared, sold another dummy and glided over the line for a try near the posts. England won 10-8 and the title was theirs. 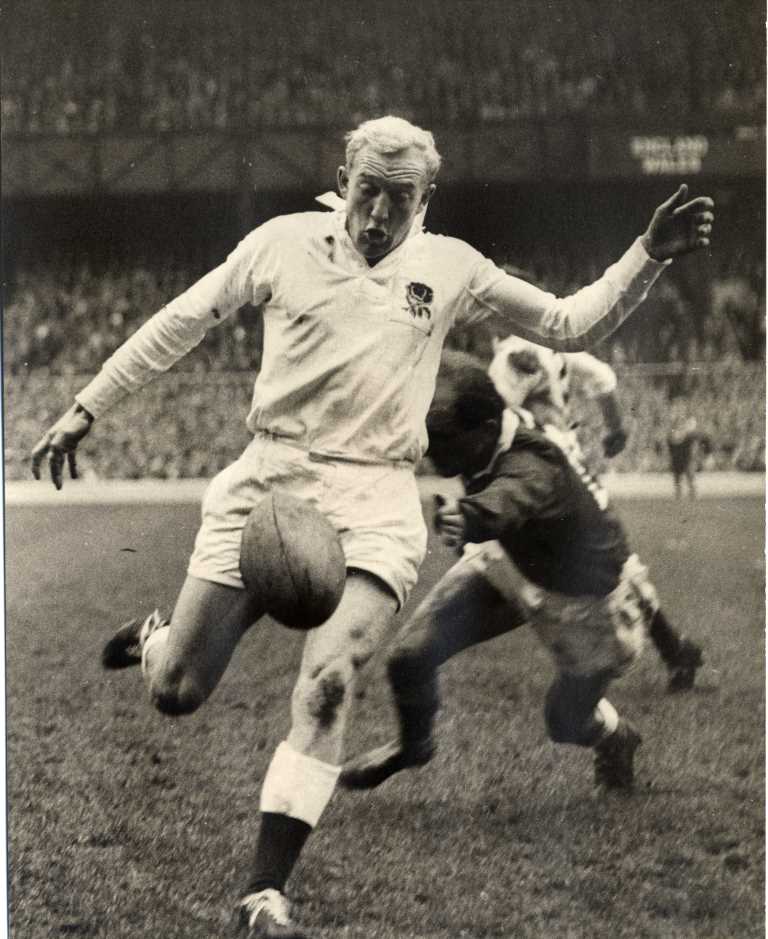 Richard – in action for England

Besides rugby, Richard also represented Cornwall at cricket between 1957-60, including playing in the Minor Counties Championship. He taught geography at Sherborne School and was also employed in Cornwall, working for English China Clays.

Various important posts have been held, including in the past being Chairman of the South-West Council for Sport and Recreation, whilst it will also come as no surprise that Richard has a place on World Rugby Museum’s Wall of Fame at Twickenham.