A low scoring 6-0 result such as the Cornish Pirates recorded in winning recently against Hartpury is a rarity nowadays. In decades past, however, as many will be aware, this was not at all unusual.

A quick check of the club records to find anything similar (always aware that I might have accidentally missed the odd one), revealed an even lower 3-0 scoreline when the Pirates of Penzance & Newlyn beat Plymouth Albion Extras at the Mennaye Field in January 1994. We also had a 0-3 result against Combe Down in March 1991, whilst looking back further there are inevitably a fair number of 0-0 scores.

For this ‘Flashback’ we can look back to a game played against Penryn on the 4th January 1975 (can it really be nearly 45 years ago!?), which was drawn 0-0 at the Mennaye Field. The strong Penryn team arrived seeking revenge, because just three weeks previously we were the first side to beat them that season.

The newspaper report reveals that the game developed into a battle between the threequarters, since the forwards were evenly matched, with Penryn’s advantage in the tight scrums being offset by the Pirates superior foraging in the loose.

Penryn’s legendary second-row forward John ‘Cheyenne’ Blackburn went close to scoring, but after series of touch-findings by full-back Roger Pascoe and scrum-half Graham Michell the Pirates had a breathing spell and a chance to settle down. They also, through Pascoe, winger Steve Snell and back-rower Phil Westren took the ball almost from their own ‘25’ (yards then, not metres!) to Penryn’s line. 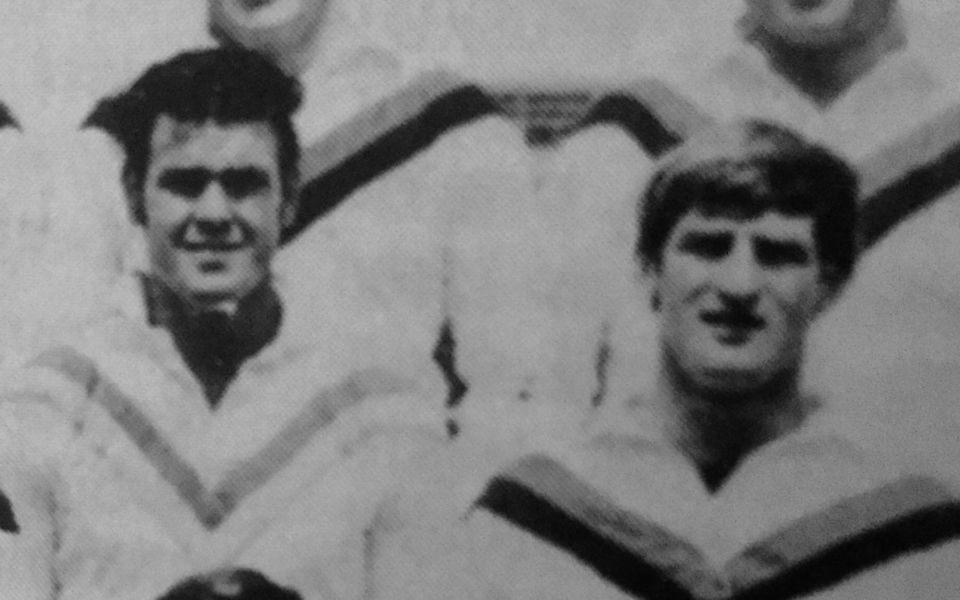 ‘Cheyenne’ (left) is pictured with Colin ‘Knocker’ Kneebone – they formed a fearsome second-row pairing for Penryn and both played for Cornwall.

For the Pirates, fly-half Malcolm Nicholls was unlucky with two difficult penalty attempts, whilst it was felt that Penryn could have won if they made more use of their skipper and left-winger Peter Gribble.

Despite the game staying scoreless, as in their last meeting the second half was full of action – fast and open with both teams taking risks to get those vital points. Penryn almost got through but were stopped within inches of the line while the Pirates crossed Penryn’s line, only for a five-yard scrum to be called. All in all, a draw was a fair result.

And who formed the teams that day? Note as follows:

There were no replacements in those days and the referee was the late Victor Martin, brother to Dave and John. 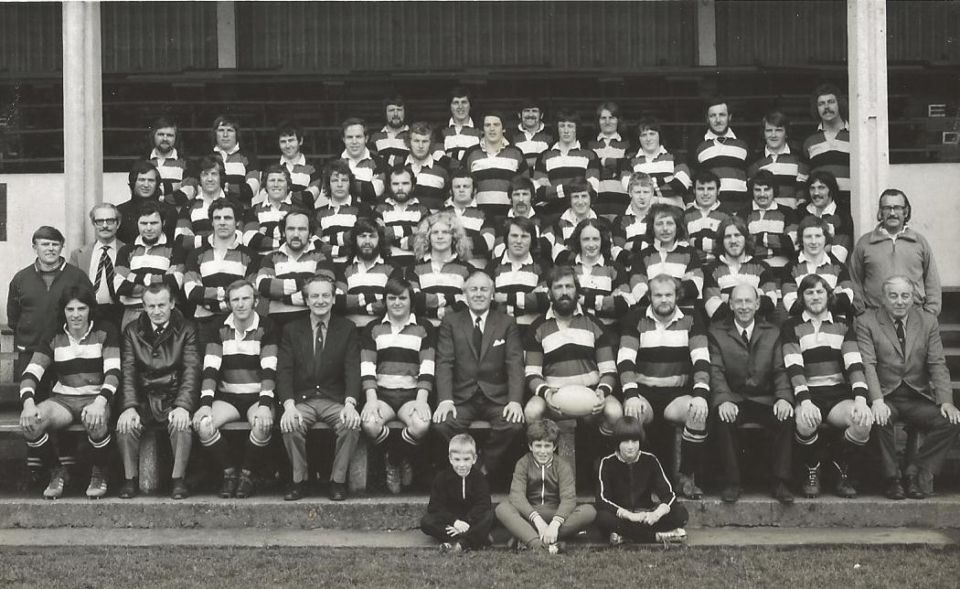 Historically, no points at all were awarded for a try, the reward being to “try” to score a goal (to kick the ball over the cross bar and between the posts). Modern points scoring was introduced in the late 1880s,] and was uniformly accepted by the Home Nations for the 1890/91 season.

The balance in value between tries and conversions has changed greatly over the years. Until 1891, a try scored one point, a conversion two. For the next two years, tries scored two points and conversion three. In 1893, the modern pattern of tries scoring more was begun, with three points awarded for a try, two for a kick. The number of points from a try increased to four in 1971 and five in 1992.

Penalties have been worth three points since 1891 (they previously had been worth two points). The value of the drop goal was four points between 1891 and 1948, and three points at all other times.