Working in liaison with members of the Plastic Free Penzance and Surfers Against Sewage organisations, the Cornish Pirates have been keen to participate in this month’s ‘Big Spring Beach Clean’.

The absolute need to tackle plastic pollution has rightly been given a raised profile, and on Friday a group of squad members and club representatives helped tackle the plastic problem, along with other debris, spotted ashore on the coast from Marazion east to Trenow Cove.

A total of 180 volunteers turned out to help clean Mounts Bay’s coastline, making it Surfers Against Sewage’s most successful beach clean yet.

Our thanks are expressed to the Pirates contingent for their support, which included removing rope and netting tangled among rocks, plus hauling up a massive net to the top of the beach.

Such input was hugely appreciated, and we hope the team can get involved in more cleans going forward.

For us, the beach clean provided such a really good insight for another time. All the lads got stuck in and everyone found it an interesting and naturally worthwhile exercise. We also appreciated the help given us by Lawrence Smith from Ocean High.

Player Alex Cheesman, who is already a member of a beach clean group that his wife Abbie established at Polurrian Cove, added:

It is of enormous credit to Plastic Free Penzance and to Surfers Against Sewage that they have started action here in Cornwall, to which everyone should feel obligated to support.

We all have a part to play to create changes, and through education and increased public awareness let us hope that dramatic reductions can be witnessed and sustained worldwide to help create a much better and cleaner environment to live. 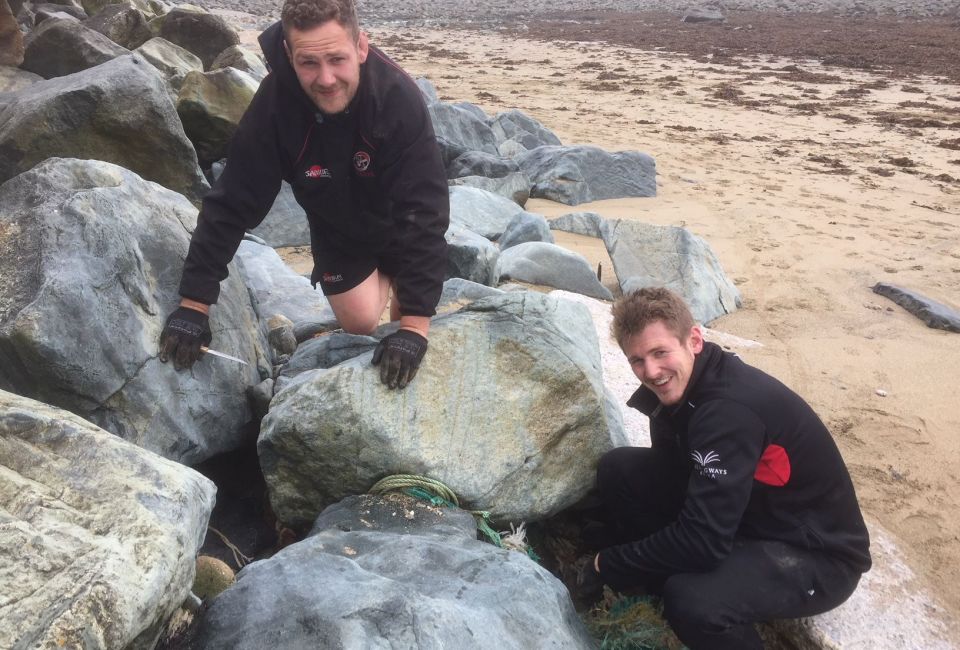 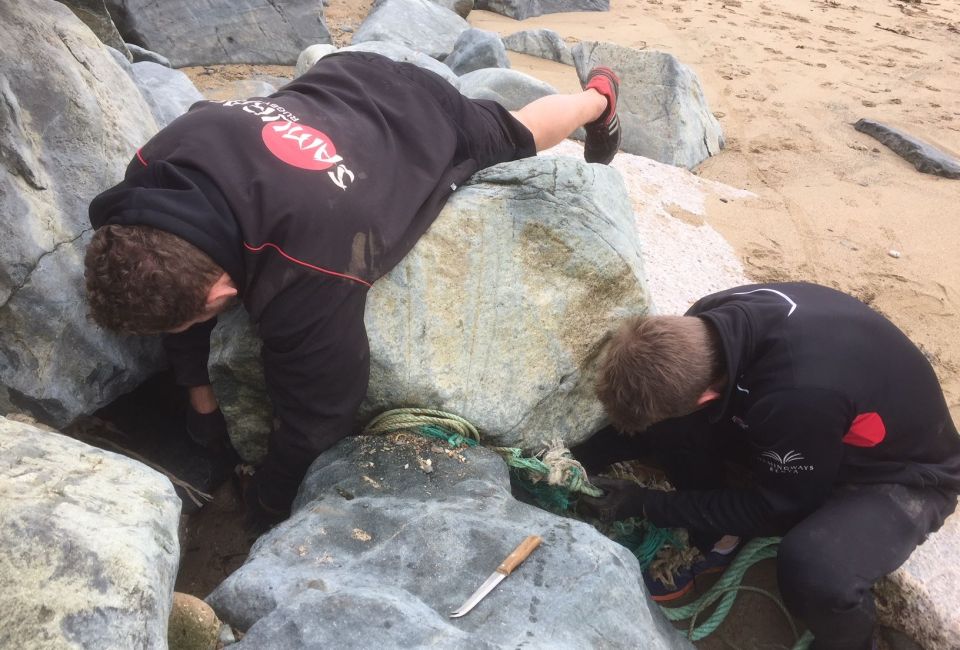 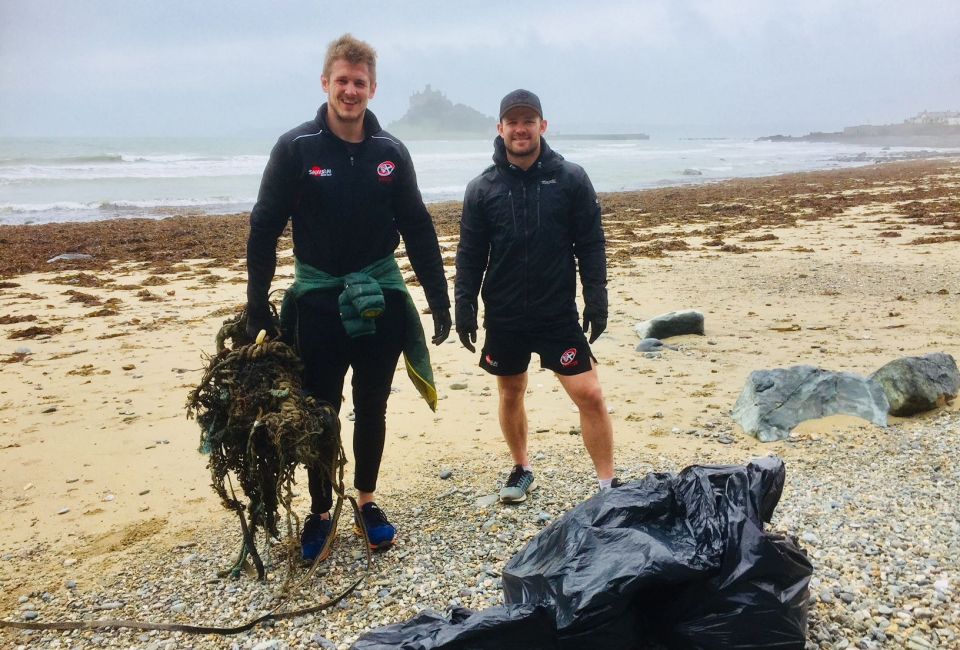 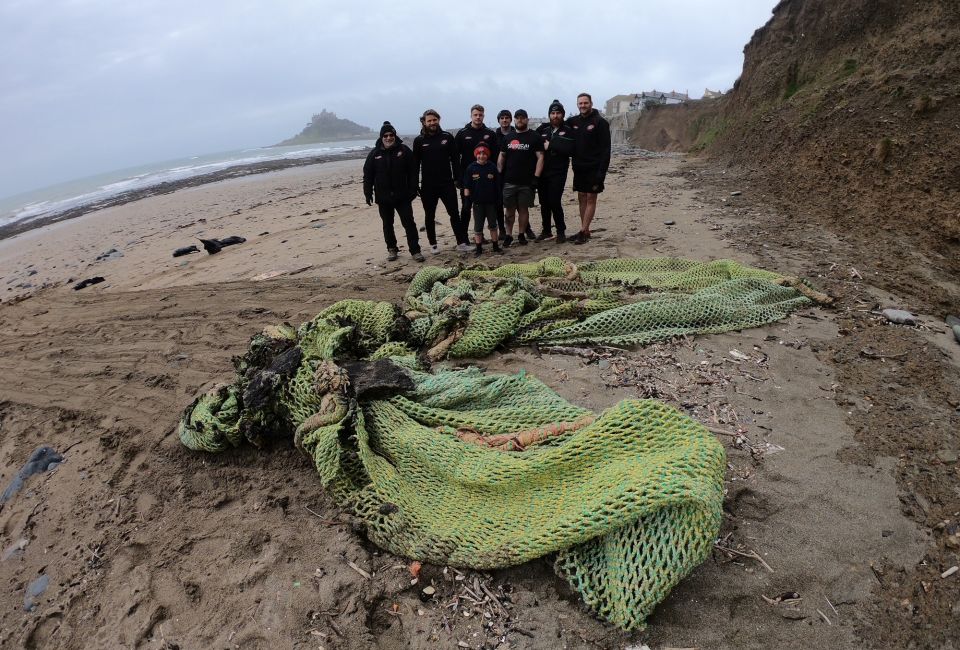 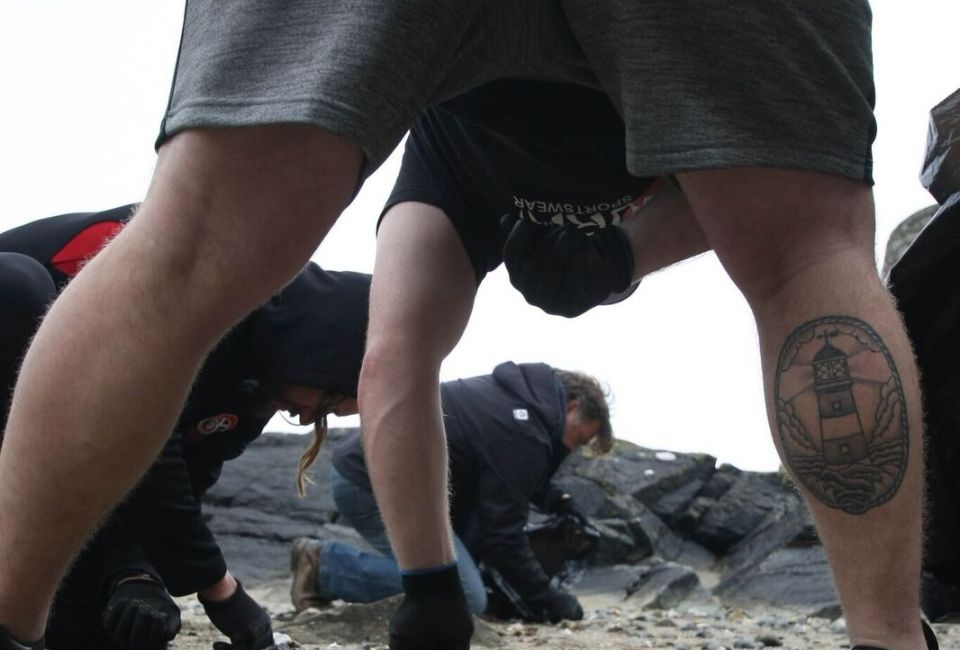 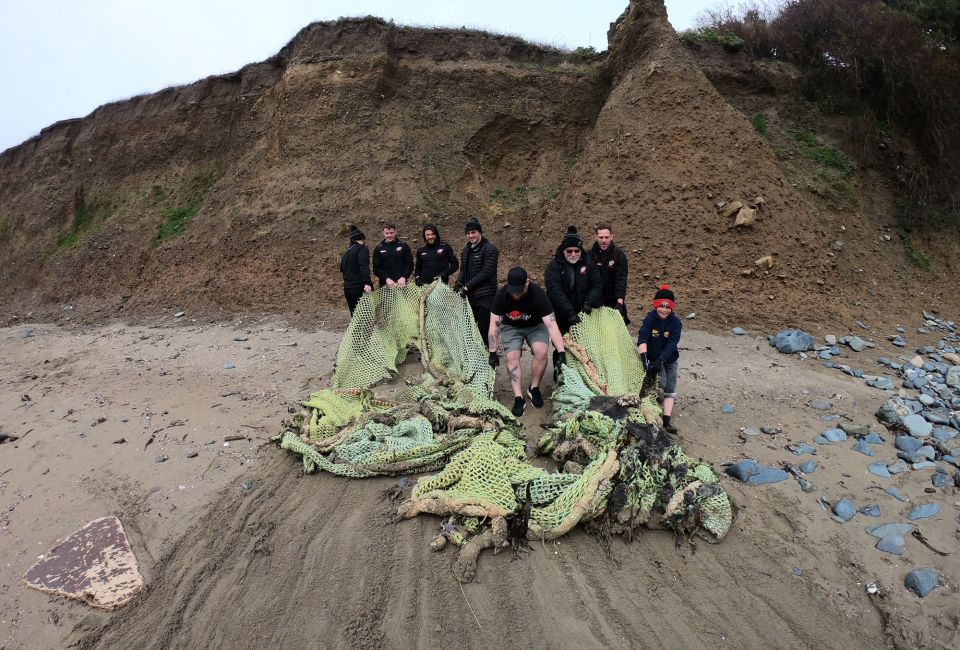