Cornish Pirates / Pirates to Participate in ‘The Terry Pryor Day’

Pirates to Participate in ‘The Terry Pryor Day’

Pirates to Participate in ‘The Terry Pryor Day’

On Saturday 21st August, Redruth RFC will be hosting ‘The Terry Pryor Day’, in memory of one of Cornwall’s finest ever prop forwards, who sadly died early last year at the age of 73.

One of the scheduled events will be a Redruth versus Cornish Pirates training game that will get underway at 3pm.

Terry, of course, made an enormous contribution to Redruth in particular, and to Cornish rugby in general, spanning over 50 years as player and coach, but because of Covid restrictions it was not possible to properly plan and recognise his achievements in the game, until now.

Besides being a true legend of the Redruth club, which he captained in its 1975 centenary year, Terry also made 55 appearances for Cornwall (1969-81), including being skipper in 1977/78. An England trialist that season, he was a replacement against Scotland and Ireland plus he captained England ‘B’ away against Romania. Other honours for Terry included playing for the South West Counties versus the Wallabies at Exeter in 1975, as well as making two appearances for the famous Barbarians.

Admission to the Recreation Ground on the 21st August is £10, with 50% of gate money going to The Terry Pryor Trust.

Remembering that Terry taught at Redruth School for over 45 years, where he inspired thousands of students, earlier in the day, at 1100, ‘A Celebration of Terry’s Life’ and the official launch of ‘The Terry Pryor Trust’ will take place at the school, followed at 1130 by a ‘Dedication of the School Main Pitch’.

Concentrating then on events at the Recreation Ground, before the training game commences there will be a ‘Former Players Gathering’ in the main clubroom at 1230, a ‘Dedication of The Terry Pryor Collection’ at 1400, and the ‘Official Naming of The Terry Pryor Stand’ at 1430.

Popular entertainment on the day will be provided by Cadgwith Singers at half-time and by Will Keating post the training game.

Speaking on behalf of the Cornish Pirates, Phil Westren said:

The arrangements put in place to remember Terry are very fitting, as he was indeed a wonderful servant of the game. It should, and deserves to be, a great day.

My first memory of Terry was in 1965 when, aged 15, I propped for the Humphry Davy Grammar School 1st XV against him. He was not only a Cornwall Technical College student at the time but had also played for England Schools under 18s. Thankfully he took it easy on me!

Next in opposition later for certain Pirates versus Reds games, including the 1976 Cornwall Knock-out Cup final, throughout the time I knew him he was always someone to admire and respect, as not only a gentleman and a very fine player, but also a sportsman in the truest sense of the word. 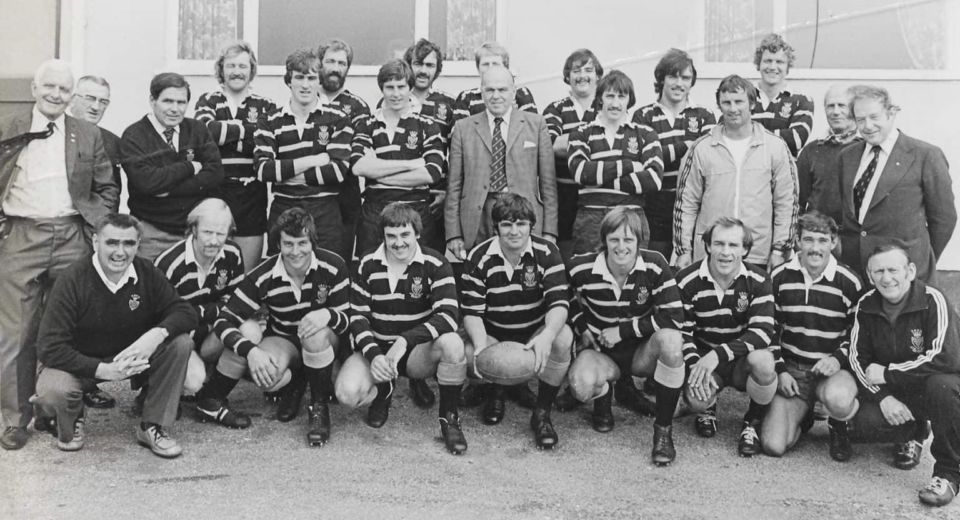