The Pirates are sorry to hear that a former club captain, Owen Barnes, has passed away at the age of 84. 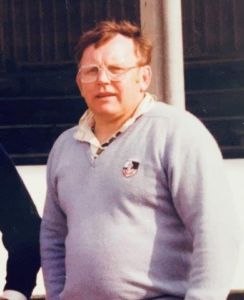 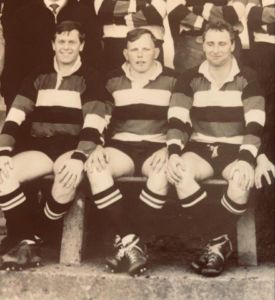 Owen is pictured centre in his playing days – and later when he was an officer in the Mini-Junior section.

Of no surprise, the game of rugby was a focus for Owen from a very young age. His father Cedric ‘Ceddie’ Barnes, who had played for Newlyn, was Chairman of Penzance & Newlyn RFC (1949-55) and his brother Ian also played for the Pirates.

After progressing from the club’s Mount’s Bay under 18s team, full-back Owen played over 500 games for the Pirates. A gifted goalkicker, he captained the side in 1965-66, and represented Cornwall on three occasions (1958-60). In later years he was Chairman of the Pirates Mini-Junior Section.

A former Postman and then Removals Business owner, Owen passed away suddenly on Sunday evening at his ‘Chygolder Cottage’ home in Tredavoe, where he was also born.

Condolences are expressed to Owen’s wife Jean and all family members, with it confirmed that his funeral will take place next Friday 10th September, 2pm at Paul Church. Following the service all are welcomed to the Wake to be held in the Kings Arms opposite the church.