Following on from recent news confirming that the Cornish Pirates will be playing Northampton Saints in a pre-season friendly at the Mennaye Field on Friday the 4th September (ko 7pm), further exciting news, as was intimated, now confirms that another such match versus top Premiership opposition is to be played against the might of Exeter Chiefs.

The fixture against the Chiefs is scheduled for Friday the 11th September, also with a 7pm kick-off.

The Pirates and the Chiefs have built particularly good relations in recent years and it will be great that they will also be playing this fixture at the Mennaye Field.

I am aware that a similar game a couple of years ago proved hugely successful, so our thanks are expressed to them for agreeing to play here once more. We see this very much as helpful for our development, it clearly a good fit for them and for us.

These fixtures, as per the case of a later guaranteed home game against Saracens in the Championship, will inevitably attract likely sell-out crowds. As previously mentioned, it is understandably too early at this stage to confirm ticket and hospitality arrangements, however further news for supporters will be announced as soon as possible, later in the year. 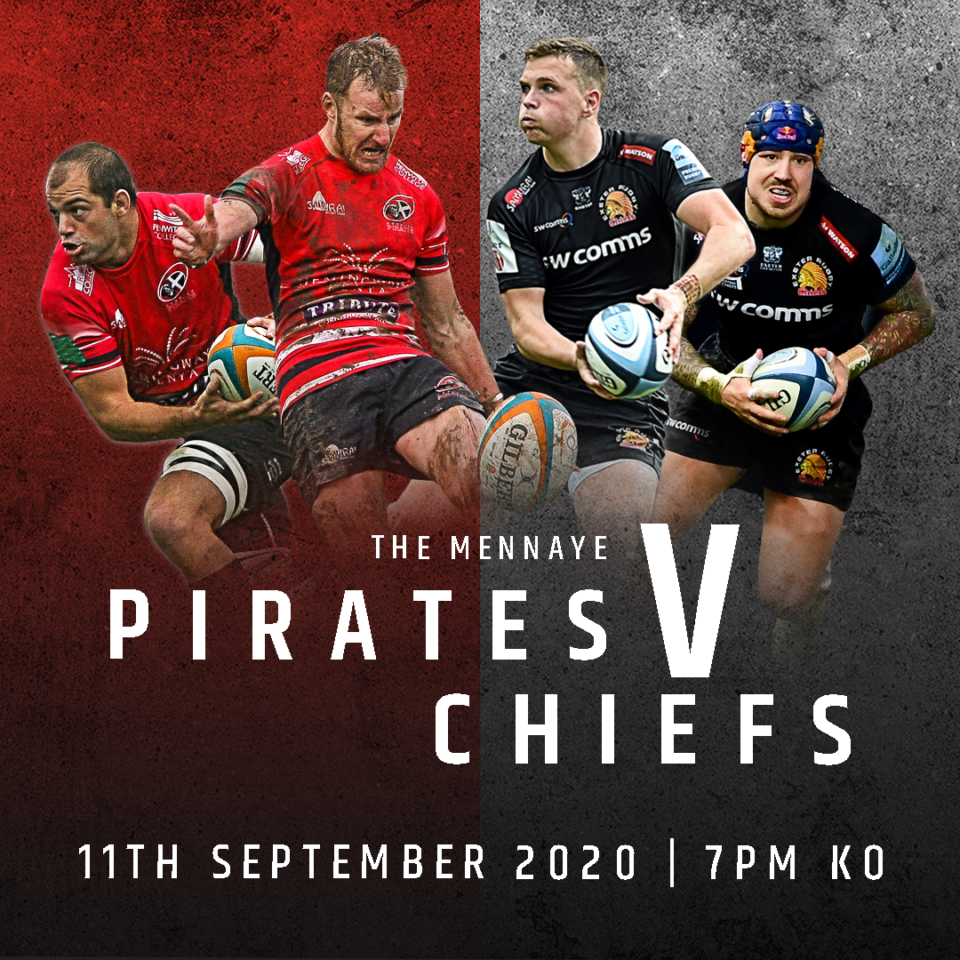