Many will be aware that I have for years compiled a weekly Pirates ‘Log’, which is useful in a variety of ways and covers a wide range of Pirates-associated information. They also often include a popular archive section.

In last week’s ‘Log’ I mentioned my involvement with Madron History Group, where our Chairman is Peter Scrase. A lifelong supporter of the Pirates, Peter kindly sent me the image below, which is of our 1952/53 Mounts Bay youth team. 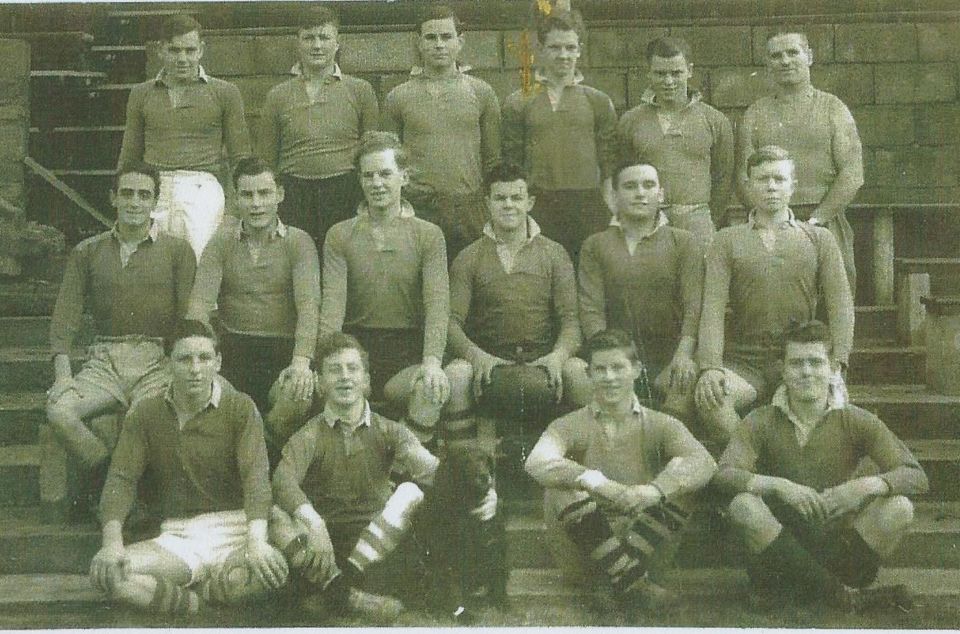 The photograph, as is so often the case, once again provides interest, because there are names and personalities to inevitably recall. Third from the left in the back row is Victor Cowan-Dickie – a grandfather to Luke and Tom – and standing right is in Ben Perrin. Peter commented: “I recall a few in the team and feel so privileged to be in a photo with the great Ben Perrin our coach!”

Ben was, of course, a legendary figure, remembered by many as a window cleaner who, wearing a vest throughout the year, carried his bucket and ladder all about Penzance. Addressing budding youth as ‘spunky’ fellows, well into his senior years he was also a doorman (bouncer!) at the Winter Gardens. The first image of him that I have on file is a Penzance RFC photograph taken in 1926, whilst he was one of just a few individuals who also played for the new Penzance & Newlyn RFC after our formation in 1945. Indeed, he captained the side in our second season.

Another legendary player, Alvin Williams, recalled an incident concerning Ben that is worthy to mention. Alvin said: “I recall packing down behind that piece of Cornish granite Ben Perrin, when suddenly the scrum erupted. Ben stood up, he’s been punched I thought, but no, he ran off saying ‘Sorry ref I’ve got to go!’. I thought he’d been caught short and was making for the toilet but then we heard the fire siren wailing. Ben was a part-time fireman, so off he went in his kit and we played one short!’

Note the following examples of photographs in which Ben is pictured: 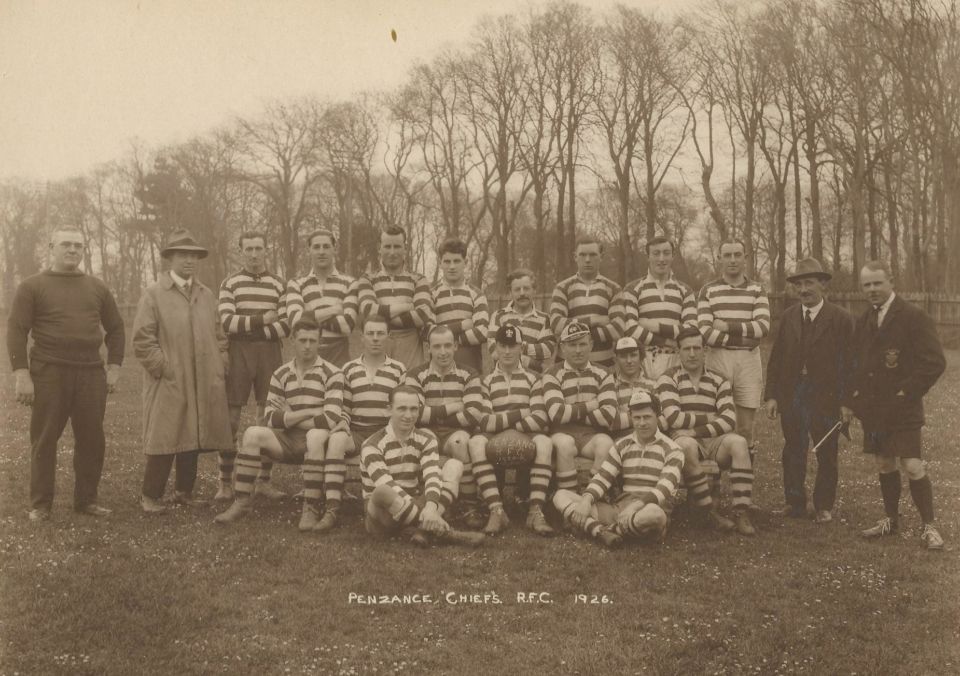 Penzance RFC 1926 – Ben is pictured standing fourth left. The captain is Ken Simpson of the Simpson Bros family – he also appeared for the Pirates several times in 1945/46. 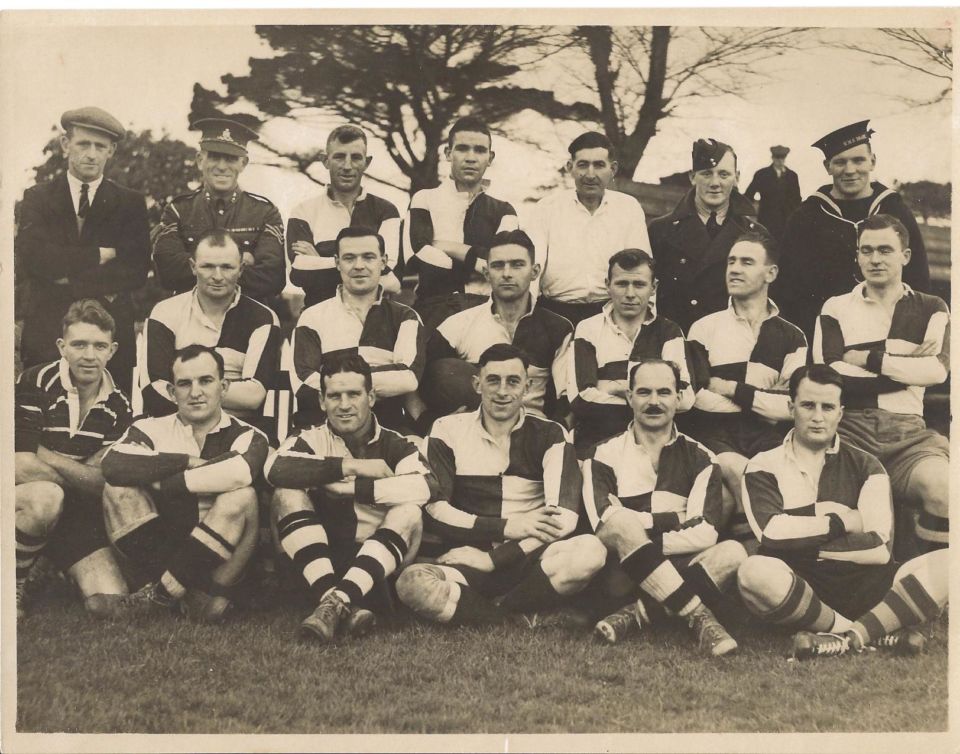 Taken at the St. Clare ground, Penzance, this is a particularly interesting photograph of Newlyn and Penzance players in the same team. Clearly taken circa WW2, can anyone identify the occasion? 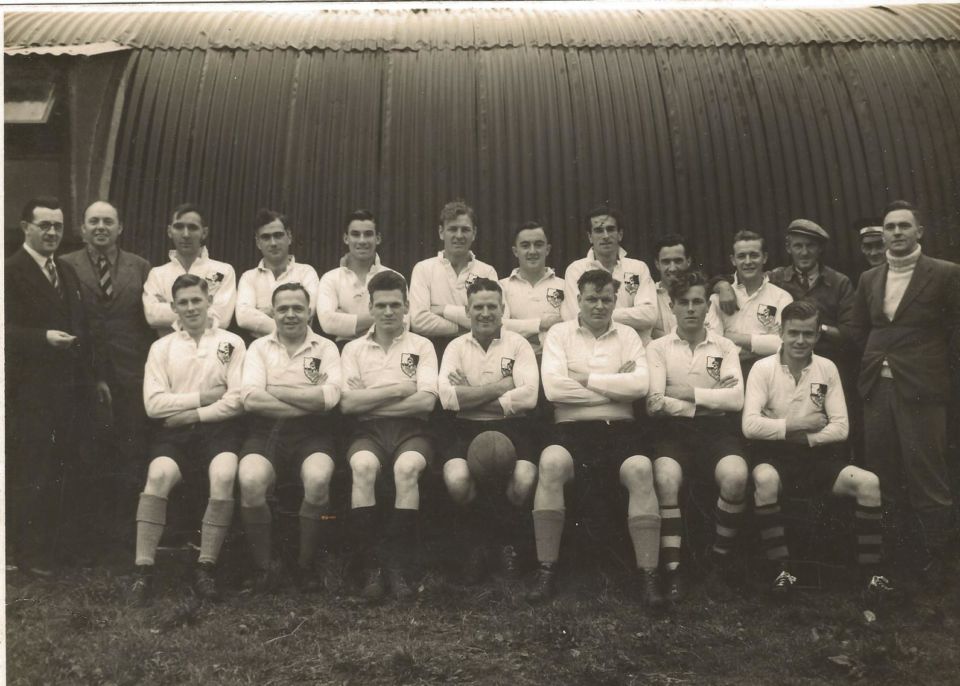 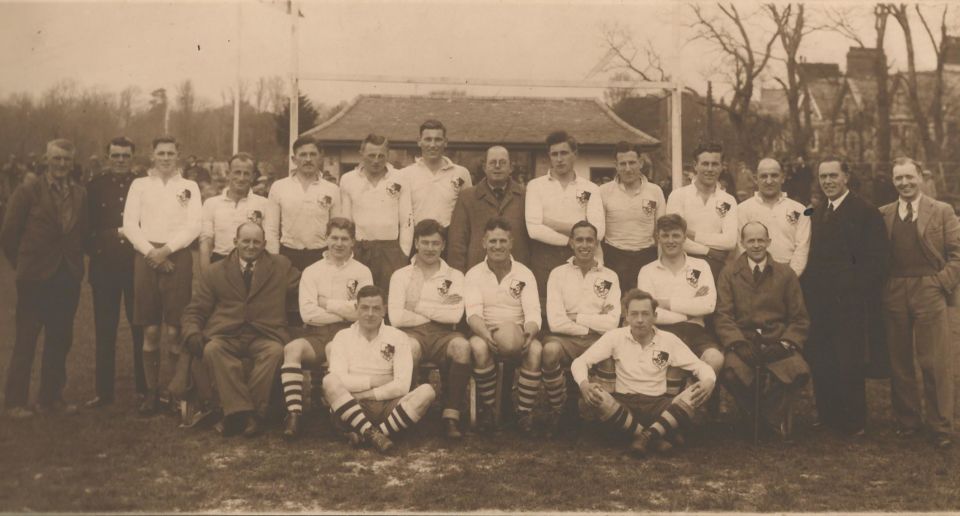 View More General News
« Previous Post
Next Post »
The Cornish Pirates website uses cookies to give you the best user experience. If you continue to use this site we will assume that you are happy with it. Read moreACCEPT