3 Pirates Sit Down With Ollie!

Love Island, Boris Johnson and Jay from the Inbetweeners: Three Cornish Pirates play a game of who’s the most likely to…

Jack Andrew, Tom Duncan and Robin Wedlake car share to the Mennaye every day so how well do they know each other really. We put them to the test with a game of most likely to… Each time the trio were given a prompt and offered their opinion on each one.

So, who is the MOST LIKELY TO…

…send the rest of the car to sleep with their chat

JA: Wedders because he’s got no chat.
TD: Wedders, actually no that’s a bit harsh on him.
RW: Come on, we’re all friends here.

…try and suck up to the coaches

TD: Jack.
RW: Yeah, Jack.
JA: Well you’ve just come out the coaches’ office Duncs, but I won’t offer a defence; they like me, they don’t like Duncs.

…start a fight in training

RW: Duncs, you wind people up.
JA: Duncs would be most likely so start one…but he can’t fight so I’d say myself or Duncs. Wedders isn’t a fighter.

TD: None of us, actually maybe Wedders might know a little bit.
RW: Yeah I’d back myself a little bit. The Prime Minister is umm…
TD: Teresa May, even I know that.
JA: Are you joking?! Boris Johnson.
TD: Ah god, she used to be though didn’t she?

TD: We’re all pretty good here.
JA: Hmm, Duncs if he hasn’t had a good game is a different story.

…”forget” their wallet on a night out

All: Maliq Holden is a nightmare, they call him student moth.

TD: Wedders, he can play a lot more than Jack or I.
JA: Well, I was actually going to say Duncs and his badminton.
TD: Yeah, I am good at badminton, I’ve got a little bit in the locker.
JA: I haven’t got anything.

…have a beer the night before a game

…lie about their diet

JA: DUNCS!
TD: Yeah, wait no, I’m not too bad.
JA: Well, he says he’s eating well then all of a sudden, a couple of sweet wrappers popped out of his coat during training.
TD: Yeah Christmas was my time off but I’m back to it now.

…be on reality tv

JA: Wedders, he’s a lot better looking than both of us.
TD: I wouldn’t got that far.
RW: Duncs could be on Love Island.
TD: Yeah Love Island, or I fancy myself on Geordie Shore, I could have been Gaz Beadle (star of Geordie Shore). Timing is everything, I missed out.
RW: Alex O’Meara actually applied for First Dates in the past.
TD: Yeah, he got turned down because of his looks.

…cry during a film

JA: None of us but I would say Frosty (Dan Frost), he’s a really emotional guy.
TD: Fake tears.

RW: I’d probably say Will Wilson.
TD: Yeah him and James Mcrae, they sound clever but I’d be very interested to know if they actually are. Brett Beukeboom likes to think he’s quite bright but actually, he’s pretty dim.
JA: At the other end of the spectrum, Frosty is down there with Danny Cutmore. They’re tweedledum and tweedledee.

…miss training for a girl

…become a Director of Rugby

RW: Duncs.
JA: He pretty much is at Truro with his coaching.
TD: Yeah guilty, I’d like to get into it for sure.

…get a modelling contract

TD: For looks, it would be Wedders but personality wise it would be myself. I’d have X-ray vision.
JA: You would be a joke of a superhero.

TD: ME, ME, ME ME. I’ve watched every single episode of The Walking Dead, I’m an expert now.

…have a film about their life

JA and RW: Duncs!
TD: I’ve had an interesting life.
JA: He’s a bit like Jay from the Inbetweeners, he makes out things are a lot more than they are but it would be interesting to watch.

…get a statue at the new stadium

RW: Duncs, he’s already on the back of a bus.
TD: Yeah I’d take a statue if I make it there but it would probably be Wedders. He’s younger, better looking and scores more tries. I hope it’s not Brett Beukeboom, I’d have to graffiti it.
JA: There should be one of Paves (Alan Paver).

TD: Jack for sure.
JA: What? Why me?
TD: You’re like Rikishi.
RW: Jay Tyack would be all over it. 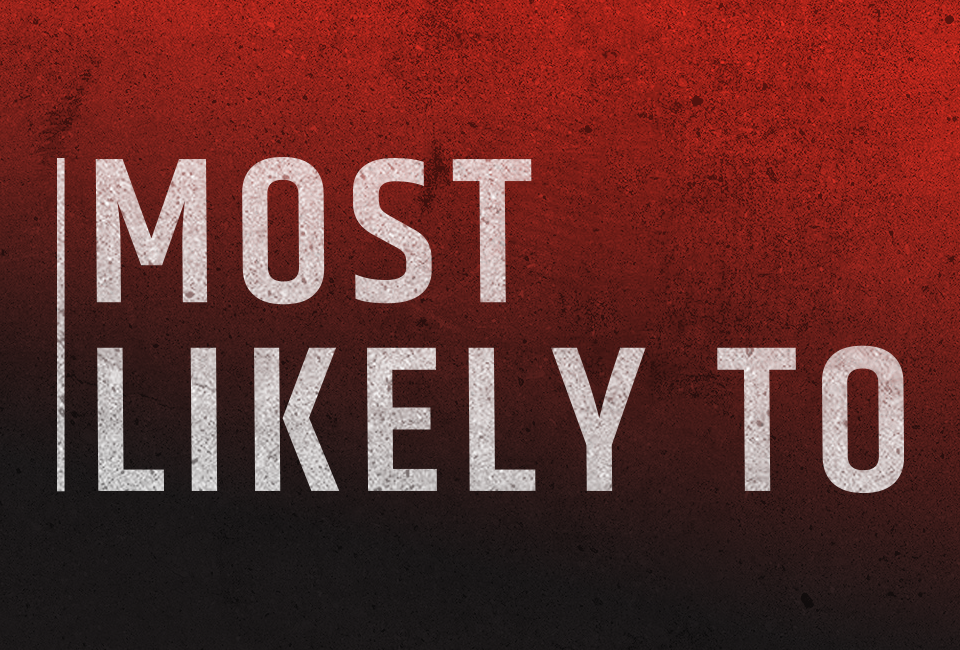