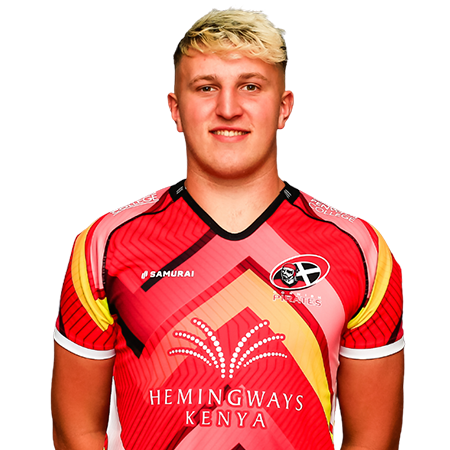 Steele is sponsored by

Steele is sponsored by...

After first being registered in 2021/22, Steele appeared as a replacement in pre-season games against the Royal Navy and Worcester Warriors and then trained and played with Redruth to aid his development, a period during which coach Louie Tonkin was ‘a great mentor’. At the end of the season, however, he featured again for the Cornish Pirates, playing in three Championship Cup games, with his sole start an impressive one in the narrow semi-final defeat away to Ealing Trailfinders.

Having first played rugby at York when he was aged just four, Steele went down to a first training session with his dad playing touch rugby and loved it. He played for the club throughout its youth system up to the age of 18.

Educated initially at Ryedale School and then Easingwold School, it was during his time next at Durham School in sixth form that the coach there, Mark Bedworth, was instrumental at progressing Steele’s rugby career.

A spell at the Yorkshire Carnegie Academy proved worthy, as it has in Cornwall where Steele studied at the University of Exeter’s Penryn campus and played men’s rugby at Penryn. Before his move to Redruth, it opened his eyes that the game is clearly a religion in the county.

Besides rugby, Steele played basketball to a county standard at school, and when in Yorkshire he loved wild swimming in lakes and rivers around the area. As for nowadays, he loves surfing and swimming in the sea.