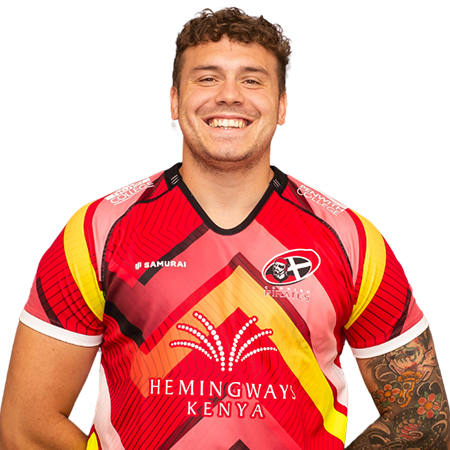 After signing for the Cornish Pirates during the 2021/22 season, it was then unfortunate that Josh was unable to feature because of injury. However, back to full fitness he then pleasingly put pen to paper for the 2022/23 campaign.

Born in Stockton-on-Tees, County Durham, Josh is a former England under 18s and under 19s international, who serves in the Royal Marines and has played for the Navy. As for his club rugby, he has represented Billingham, Darlington Mowden Park, and Newcastle Falcons where, when a Senior Academy member, he played alongside the likes of Adam Radwan and Jamie Blamire, besides also featuring in the ‘A’ league.

Pleased that Josh was able to again sign for the club ahead of the 2022/23 season, Cornish Pirates’ joint head coach Alan Paver commented: “Josh is a big and talented forward who will be raring to go and to make an impression. The time he has already spent around the squad will be beneficial and being ambitious rugby-wise, and still young, bodes well for his development and future.”