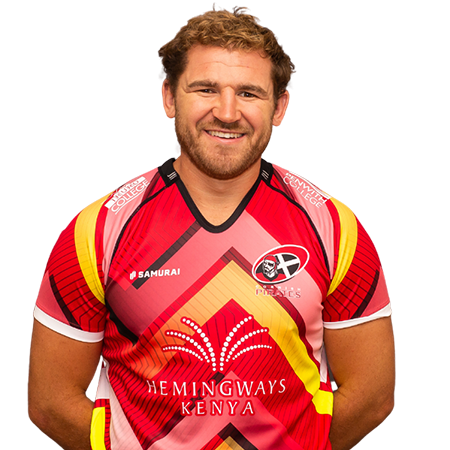 John is sponsored by

It was confirmed early in August 2013, that back-rower John had signed for the Cornish Pirates. The youngest son of former Pirate ‘Stack’ Stevens, he is a product of the club’s youth section.

Educated at Bolitho School and then Truro School, John is a past recipient of the ‘Mischler Memorial Cup’, awarded for his contribution when he played for the Cornwall Schools under 18s side. John’s success delighted the then Chairman and President of the Old Truronians Association, the late Roger Harris, as the former Cornwall hooker played many games for the county alongside John’s father.
John’s older brother Sam also came up through the Pirates youth section, and we mustn’t forget that their grandfather Geoff Vingoe starred for Penzance & Newlyn RFC in his day and was a fine ‘sevens’ player.

After four seasons with the Pirates, during which John also enjoyed regular match action playing for Redruth, he was frustratingly injured for much of the 2017/18 campaign. However, when back to full fitness he really made his mark and was selected as a regular starter in a Cornish Pirates shirt. He was also presented with the club’s ‘Most Improved Player’ award.

Skilful and as tough as they come, John continued to impress, and by the end of the 2020/21 season had taken his overall games tally for the club to 85.

Nico De Battista so I could speak Spanish

I am a National Show Jumping Champion

John is sponsored by...