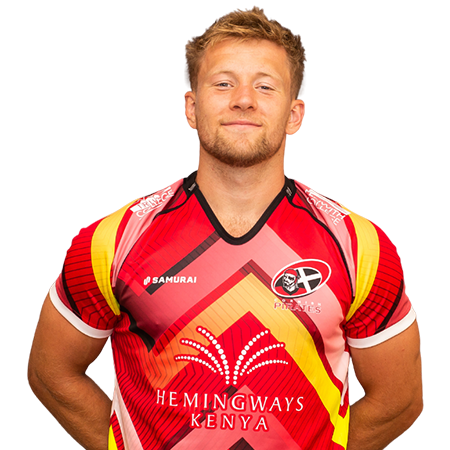 Joe is sponsored by

The Cornish Pirates announced early in June 2021 that Joe had signed a one-year contract with the club.

Joe had previously made one appearance for the Pirates in a pre-season friendly played against Exeter Chiefs in 2017, whilst in May 2021 he featured as a replacement in the league fixture at home to Hartpury.

A former Truro School and Truro RFC youth team player, who is studying for a Masters Degree in International Business, and played at Exeter University, Joe has represented Exeter Chiefs under 18s/Academy, has featured for the Chiefs in the Singha 7s, and for the Exeter Braves team. He has also played for Redruth, Plymouth Albion, and for Cornwall, and but for Covid would have played for England Students in 2020, which was a year when he was a BUCS Super Rugby Fans nominee, plus Exeter University’s ‘Player of the Year’ and ‘Players’ Player of the Year’.

Throughout his rugby career Joe has appreciated the support of various people, including his parents, Truro College coaches Marek Churcher and Tom Rawlings, and Exeter University coaches Keith Fleming, Haydn Thomas, Rich Hodges and all the Strength & Conditioning personnel.

Away from rugby Joe enjoy most sports, and with friends teaching him hopes to progress his golf. He also loves following NFL and supporting the Buffalo Bills!

Something to watch a film on

Will Gibson, I would love to own my own gym!

I am studying a Masters at Exeter University in International Business

Joe is sponsored by...