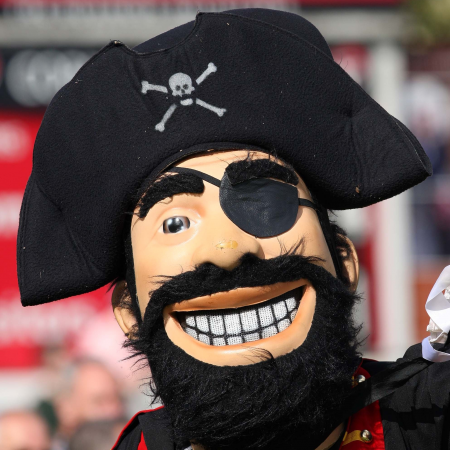 The name ‘Benbow’ is closely associated with Cornwall.

In Chapel Street, Penzance, there is the historic Admiral Benbow restaurant and pub, and then a short distance away at the Cornish Pirates rugby ground is the club’s famous mascot – Captain Benbow.

The good Captain is one of the most photographed of men in Cornwall, and beyond – having made appearances from the Mennaye Field to Twickenham.

Immensely popular with children and adults alike, since the mid-2000s he has strived to be ashore not just to play an important match day role for the Cornish Pirates but also in support of various other community events about. A true club man, he is someone we would not be without!

Yes, his birthday remains a secret, other than to say he’s a ripe old sea dog who also likes his rugby and ‘hey’, if Premiership status is one day achieved then surely it’ll be promotion to Admiral!