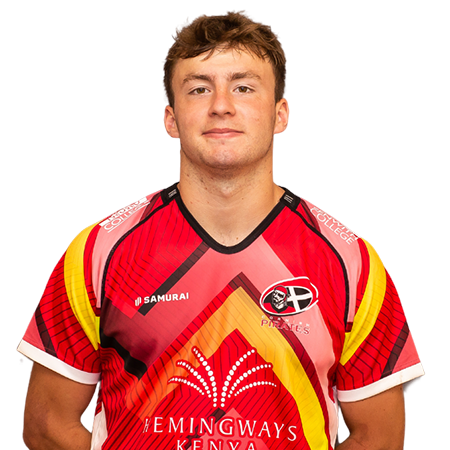 Arthur is sponsored by

Arthur is sponsored by...

It was announced in July 2022 that Arthur would be dual registered with Exeter Chiefs for the 2022/23 season.

Sussex-born, at the age of five Arthur started playing rugby for Brighton Blues before his move to Cornwall. He initially played in the county for Helston RFC and then in the youth section at Penzance & Newlyn RFC.

Arthur was educated at Mullion School and next at Truro College where the fleet-footed winger attracted the notice of Exeter Chiefs. He attended Exeter University, featuring for their team in the BUCS league, plus he played for Exeter Chiefs in Premiership 7s tournaments. He also played regularly for Exeter Braves in league fixtures and in 2021 featured prominently for England under 20s when they won the Six Nations.

As for other sports and interests, Arthur enjoys swimming in the seas, has enjoyed success with Coverack Gig Club, and has also rowed for them at the World Pilot Gig Championships on the Isles of Scilly.