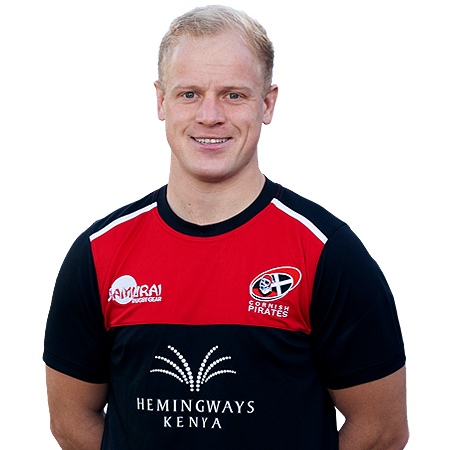 Pirates Stick to Task to Record a Convincing Win

Having in the morning thoroughly enjoyed watching Japan’s super performance when they beat Ireland 19-12 in the Rugby World Cup, attention soon turned to the Cornish Pirates and their Round 2 encounter in the RFU’s Championship Cup.

After losing their competition opener 24-20 at London Scottish seven days earlier, on the road for a second week running, this time to play Yorkshire Carnegie at West Park Leeds RUFC, the Pirates this time emerged comfortable winners.

For this encounter, which had an earlier than usual 12.30pm kick-off, the travelling side showed several changes, with flanker Will Wilson, who is dual registered from Wasps, lined up to make his debut.

Getting off to a good start at a breezy and bright Sycamores ground in Bramhope, the Pirates opened their account in just the second minute thanks to a penalty slotted by fly-half Javier Rojas Alvarez. Also, on about the quarter of an hour mark, he converted the game’s opening try scored by centre Callum Patterson.

The home team’s co-captain and coach, Joe Ford – brother of England’s George – kicked well from hand in an effort to keep the Pirates at bay, and in wing Tom Varndell they also had an experienced and potentially dangerous performer, remembering that he holds a record as a top try-scorer in the Premiership.

Mentioning dangerous performers, in Canadian international Matt Evans the Pirates also possessed one of their own, and it was first his super run and then a timely pass that set up the second try in the match, an unconverted effort scored by the supporting Bruzulier.

Approaching half-time, the Pirates extended their lead when skipper De Battista ghosted clear and off-loaded to Patterson, who registered his second converted try of the match, to thus make it 0-22 at the break.

Despite losing their Cup opener 83-0 away to Nottingham, in this fixture Yorkshire Carnegie had shown encouraging aspects in their play. Their line-up was stronger, but with the Pirates applying extra pressure into the second half the home outfit were forced into giving penalties away.

Referee Neil Chivers felt it necessary to speak to Ford, but it mattered not, as penalty awards continued the Pirates way. A kick to the corner by Rojas Alvares provided an opportunity to secure a bonus-point-providing fourth try, and after backs had joined forwards on an advance to the line it was prop Marlen Walker who applied the necessary downward pressure for a converted score.

In determined mode Patterson secured his hat-trick and then there was a try for debutant Wilson. Both efforts were converted by Rojas Alvarez, him taking his points tally to 13 in the match.

The Pirates were very much in charge in the second half, helped partly by being solid at scrum time. In opposition, Varndell and hard-working No. 8 Guy Graham provided threats, but efforts to disturb the scoreboard operator were all to no avail.

Replacement Tom Cowan-Dickie, who was making a welcome return to playing action, scored the last points of the afternoon, his unconverted touchdown cementing what was a convincing victory.

Against London Scottish we flitted in and out of the physicality expected, so this week in training we set a benchmark around that and ultimately stepped up.

There were though elements of our game that we weren’t happy with, and against a more organised team we would have paid for that. However, we stuck to task, upped the level second half and got more into our phase shape.

The pleasing thing is that ahead of our league opener in a couple of weeks versus Ealing, we have had a look over two very different 23s these past two games, and today also defended well to keep our line intact.