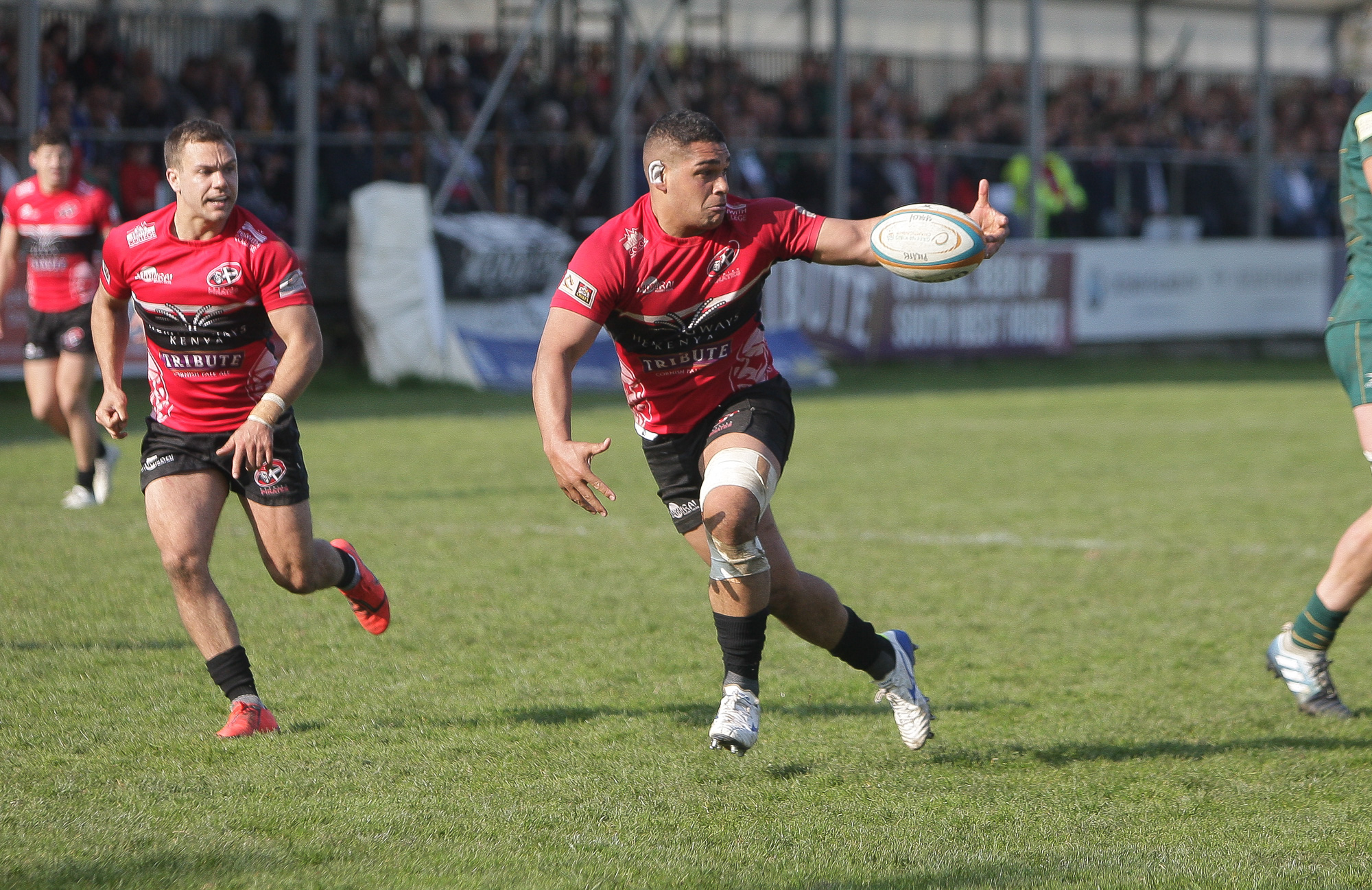 Away Woes Versus ‘Scottish’ Continue

Having not won an away game versus London Scottish since September 2011, the run of defeats for the Cornish Pirates continued with this latest result at the Richmond Athletic Ground. It was also the team’s sixth Greene King IPA Championship league loss on the trot this season.

The Pirates were always expecting another tough game in the 10th versus 5th in the league encounter at the ‘RAG’, aware that London Scottish would be keen to seek points to ease them from the relegation zone.

Changes for the Cornish Pirates following their last outing at home two weeks ago against London Irish saw AJ Cant named at full-back, Alex O’Meara return on the wing, Callum Patterson selected at inside centre, and Javier Rojas Alvarez moving to fly-half. Returning to the starting line-up in the forwards were hooker Dan Frost and flanker Dan Lee.

On a breezy afternoon in west London and cheered on as ever by their stalwart travelling support, the Pirates started this match in encouraging style. Back-rowers Tom Duncan and Lee both went close to scoring but it was a Cant who was first to make it over the line on the right. Captain Brett Beukeboom had opted for a scrum following a penalty award and his decision had thus proved a wise one, though the conversion attempt from Rojas Alvarez drifted to the left of the posts.

The Pirates continued to generally dominate both possession and territory, with a fine break and hand-off by Rory Parata raising hopes of a second score. Initially, it was not to be, however after the centre made what would prove a further, this time telling run, supporting flanker Matt Bolwell went in under the posts for a try converted by Rojas Alvarez.

In the period building to half-time the Pirates were suddenly guilty of giving too many penalties away. Referee Mr. Jackson’s patience was also clearly tested and after Beukeboom was spoken to and issued a warning he was soon shown a yellow card.

Now was a chance for the home side to open their account before the break, and they did just that when wing Rob Stevenson followed up fly-half Grayson Hart’s grub kick for a try. Hart also converted from the touchline to make the half-time score 7-12.

Unfortunately, with the Pirates still down to 14 men, London Scottish took further advantage at the start of the second half, a wide pass finding full-back Charlie Ingall who scored an unconverted try in the left corner.

The Pirates had conceded two tries whilst their captain was temporarily off the park, and they would sadly leak one more all but immediately upon his return, a break by scrum-half Josh Barton leading to a try scored by flanker Matt Eliet. Hart added the extra two points, meaning that in the space of just 12 minutes the Pirates had conceded 19 unanswered points.

Now was a test for the Cornish side and one they needed to respond to, hopefully by seeking the form they displayed in the opening quarter of the game. Thankfully, their response proved positive, pressure close to the London Scottish line rewarded when Rojas Alvarez scampered over for a try that he also converted.

With the scores again level, more points were surely guaranteed in time remaining, and after a first chance came the visitors way it was a successful Rojas Alvarez penalty that nudged the Pirates back in front as they now went in search of a bonus point providing fourth try.

The Pirates piled on the pressure inside the home ‘22’, however a four-try bonus point and ultimate victory went the way of London Scottish, a sudden break out started by replacement Miles Mantella ending with a second five-pointer of the match scored by their top try-scorer Ingall, his twelfth of the season this time converted by replacement Matt Davidson.

Sadly, for the Pirates, this result left them further frustrated, and understandably so.

To say we are disappointed is an understatement as I am left feeling how haven’t we come away with the win?

We were confident coming into the game and creating much looked the more dominant team. It is hard to fathom as we certainly had enough opportunities to score but I guess it comes down to a lack of personal accuracy and composure under pressure at crucial moments.

Credit to London Scottish for hanging in there and getting the result, however supporters present will feel that it was a game we could and should have won, but ultimately lost.

Several of the team played well, particularly AJ and Dan Frost, and looking now to next week we must strive to apply ourselves, believe in what we are doing and just keep trucking in an effort to finish our home season with a win.