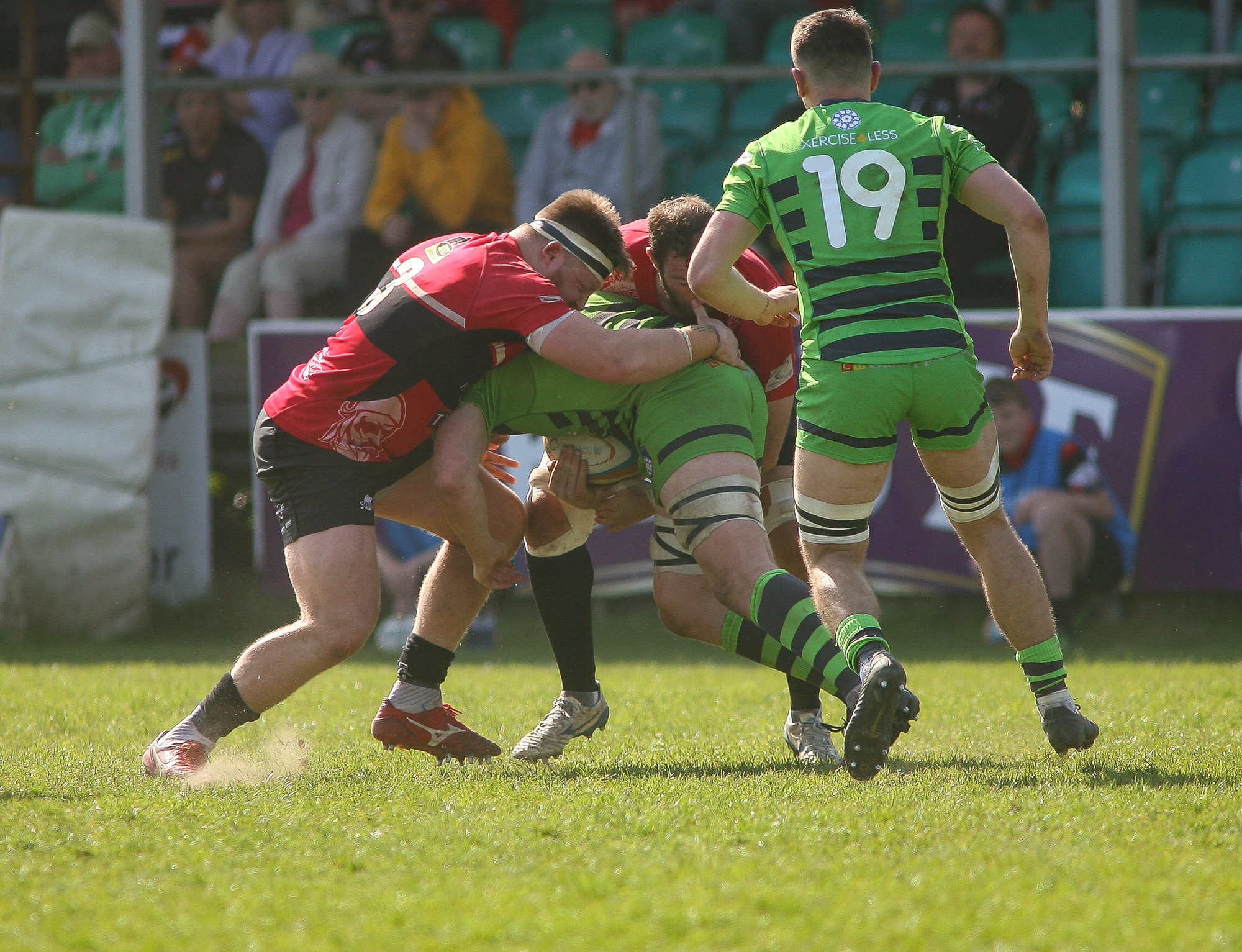 Pirates Put on A Show And Cement a Fifth-Place Finish

Cornish Pirates’ co-coach Alan Paver had said pre-match “Our team will be chomping on the bit to get out onto the pitch and aim for a win”, and so it proved. In the process the result also cemented a fifth-place finish in the league.

The Pirates side showed a number of changes in their starting line-up from the side that six days earlier defeated Yorkshire Carnegie at home. Will Cargill returned at fly-half, whilst in the forwards Jack Andrew was named at prop and Dan Lee partnered skipper Brett Beukeboom in the second-row.

On a cool and blustery afternoon at Castle Park the Knights started well, two penalty awards enabling them to acquire territory from where in the sixth minute wing Curtis Wilson was gifted a try that was converted by fly-half Kurt Morath.

Wasting little time to hit back the Pirates soon registered their opening score, wing Robin Wedlake following up a nudge ahead from full-back AJ Cant to dot down his eleventh Championship try of the season. On a less than easy day for kicking, fly-half Will Cargill was unable to add the extra two points.

After ‘Donny’ lost the services of two personnel through injury, midway through the first half Jack Andrew scored from close range to give the Pirates a lead.

Showing a real focus and determination to kick on, a third try for the Pirates was scored by No. 8 Tom Duncan, a fourth bonus point try then followed from Dan Frost, and the energetic hooker scored again just before the break. All three tries were converted by Cargill to give the Pirates a 31-7 half-time lead.

Into the second period, as per the first half it was the home side who scored first, this time with a spectacular counter effort. It was started by Wilson and finished off by full-back Cameron Cowell, with Morath again converting.

After Doncaster conjured up one more try, hooker Ben Hunter emerging from a mass of bodies to stretch over the whitewash, the Pirates added pressure on the throttle to finish strongly. A penalty kicked by Cargill provided settle, wing Alex O’Meara crossed for try number six and there was a last-minute converted score for replacement Maliq Holden.

After a couple of rough months, we are absolutely over the moon. To have finished as strong as we have with a good win at home against Yorkshire Carnegie last week and then topping the season off with a show like today is just great. In the process we also played some outstanding rugby.

Our game plan in the first half worked well, so it was important that we strived to stick to task in the second forty. Doncaster are a good side and they managed a couple of scores, however credit to our guys for finishing the game so well.

For us, the campaign had been in danger of petering out for various reasons, so it was extra important that we finished with a flourish to lead us into next season, which is going to be super-exciting for the club.

‘Paves’ was speaking from the heart, and he is probably right. In the meantime, supporters should sit back and relax, as summer will pass in a flash.