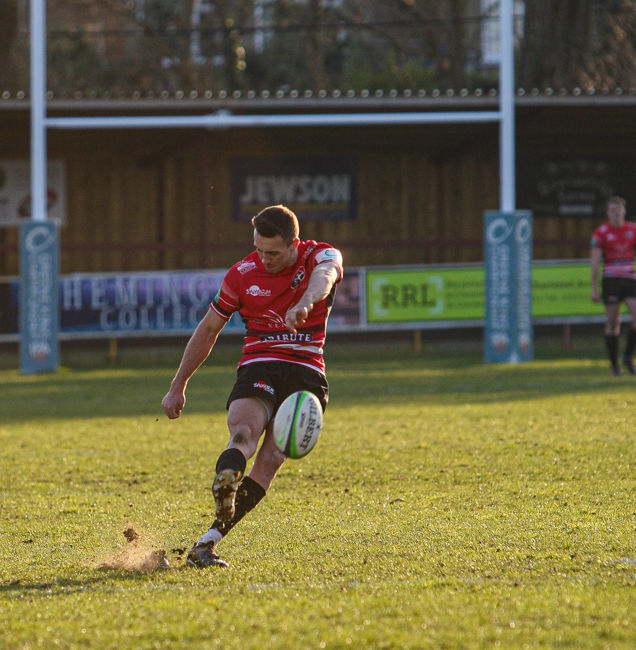 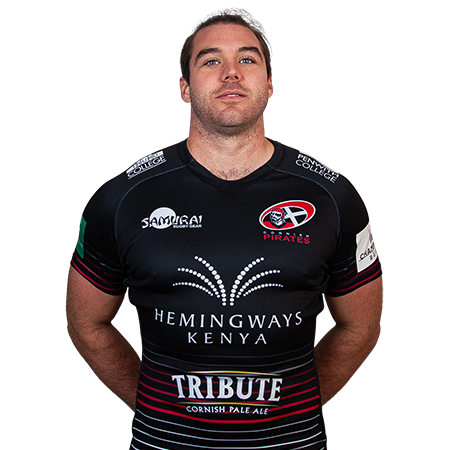 The Cornish Pirates’ impressive beginning to this truncated Greene King Championship season, continued in an assured manner, against the always tenacious Bedford Blues.

It wasn’t always as well executed as preferred however – particularly in the second half where play too often became scrappy and disjointed. With greater accuracy – the eventual scoreline may then have reflected more, the control the hosts generally enjoyed.

The contest began on a high tempo – buoyed no doubt with another ominous looking scrum as early as the first minute. Pressure mounted and it looked odds on that the first score would soon come as the ball span it wide right to a waiting O’Meara – arriving at the scene of his glory at pace.

Whiplash to the necks of the media present resulted though, when Blues’ fullback, Richard Lane, gatecrashed the party – with a well timed interception just outside his 22. Seventy metres later and he was under the Penzance End posts to hand his side the early lead. Maisey converted easily and any thoughts of a trouble free lunchtime run out were expelled on the spot.

A mention in dispatches for the immediate response then. The Pirates were straight back on it from the restart, and won a penalty that Scully drilled effortlessly into the (empty) Naughty Boys Corner. In the blink of an eye – that man Frost was emerging from the pile of red shirts to finish their swift riposte.

Play oddly turned a little scrappy, with neither side really able to control the pill sufficiently to gain any kind of assertiveness. Frosty took a bash to the bonce that required the wise check over. But the hooker was soon back in the thick of things, just as the visitors began to waiver.

Former Pirate, Joe Atkinson, blinked first – the flanker flopping down suspiciously on the 50 up man, Parata, at the breakdown. This didn’t amuse our man in the middle, Nick Wood – who promptly brandished a yellow for his insolence.

The extra man advantage, immediately triggered Wedlake & O’Meara into some penetrating interplay, that had the Blues even more on the back foot. An overthrown defensive lineout soon after signalled the turning point. Frost gathered and through swift hands, Wedlake was putting his team into a lead they’d never relinquish.

Merely ten minutes later and that lead had been extended by a further twelve points.

A chastened Atkinson had returned for sure. But his arrival was marked, with the slickest of lineout moves in the Old Western National, that saw Walker ghost in unopposed for the first of his brace. Moments later and Caulfield then wriggled through under the Newlyn posts – a try that at last gifted Scully with some joy from the tee. And the four try bonus point bagged in the process.

The turnaround surely demanded some kind of fightback from Bedford. The early exchanges certainly suggested such – meaning fly half Scully’s, try saving actions, came at the price of his further involvement in proceedings.

His replacement, Will Cargill was quickly involved – as the Pirates sought to restore ascendancy. Cue an accurate penalty to the corner and Walker collecting his second try, to make it a twenty point game with half an hour still remaining.

This thirty minutes failing to catch light in quite the same way. The hosts gamely went in search of more – whilst Bedford threw caution to the wind to salvage something from a game that had slipped from their grasp.

Their replacement hooker Jacob Fields gave brief hope with an unconverted try in the OWNC- but with the Pirates defence as ferocious as ever – this candle was finally extinguished by Kiri Kiri’s boot calling time on win number three from three for the Cornish side.