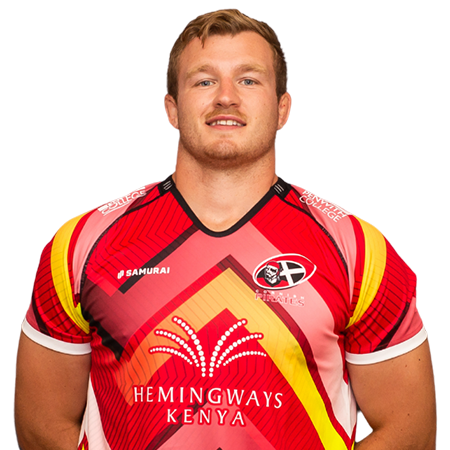 Pirates Open Campaign with A Victory

Having played two useful pre-season friendly matches, the business part of the 2022/23 season for the Cornish Pirates started at home on Friday evening with an opening RFU Championship league game against Richmond.

It will be remembered that the team went unbeaten at home for the first time ever in the league last season, which was a fantastic achievement, and so it was pleasing to get their latest campaign underway with a victory.

Following the death of Queen Elizabeth II there was some doubt in the build-up as to whether the match would take place. However, overwhelming opinions shared within the game by both teams and supporters indicated that they wanted to come together to honour Her Majesty, to be united in her grief and to express sorrow at her passing. To provide a display of such feelings, just before kick-off everybody at the Mennaye Field stood as one for an impeccably observed minute’s silence and the playing of the National Anthem.

Selecting Arwel Robson in the number 10 shirt was just a single change in the Pirates starting XV from the one that featured in the 42-14 points victory against Exeter Chiefs the previous Friday, whilst on the bench Rusiate ‘Rus’ Tuima was keen to make his home debut. For stalwart prop Marlen Walker, the game also proudly marked his 150th appearance for the club.

Match underway, the Pirates applied all the early pressure deep inside the Newlyn half. However, the Richmond side led by evergreen skipper Mark Bright, who will celebrate his 44th birthday at the end of this month, proved tough nuts to crack.

Midway through the first half an opening score was thankfully created by the home side. From a driving line-out play was worked right and then quickly back left to enable wing Robin Wedlake to dive in at the old Western National corner. Fly-half Arwel Robson added the extra two points with a fine kick from out wide.

From the restart the visitors mounted some attacks of their own, but initially without success. Scrum-half Stephen Kerins was busy in keeping the ball moving and former ‘Pirate’ Alex O’Meara went close to scoring at the clubhouse corner. Not though to be denied their first points, shortly after Cornish Pirates’ centre Rory Parata was yellow carded a penalty try was awarded Richmond that made it 7-all at the break.

When the second half action began, Richmond appeared to play with extra confidence, whilst the Pirates were grateful for a tackle made by prop Harvey Beaton, the sound of which reverberated all around the ground. With a penalty also won, Robson’s kick out of hand was posted left to within seven metres of the try line, only for the visitors to thwart the threat.

Back to a full complement of players the Pirates would though soon regain the lead. Swift movement of the ball, and seemingly mesmerising their opponents, the play ended with wing Callum Sirker scoring a try which was again converted well by Robson.

As the two teams battled it out to the last few minutes, Pirates’ replacement scrum-half Alex Schwarz showed his pace to score a converted try, with a bonus point fourth then the immediate focus. Home support was hopeful, before Richmond wing Tom Mills suddenly intercepted and ran clear to score at the Newlyn posts, his effort converted by replacement Ted Landray.

At the final whistle the Pirates were a little disappointed that they had been unable to secure a bonus point win, but without argument also that Richmond deserved their losing bonus point.

“We expected before the game that Richmond would give us a tough contest, and that is how it worked out. Championship teams are hardened and if you don’t get things right it becomes difficult. For us to get the win was naturally crucial but we didn’t feel we put our best foot forward, as Richmond made it tough for us all the way through.

“Looking back on the contest there are areas where we need to grow, as we strive to get this team up and running. However, we also feel that, as we bed in, we will get better and better.”