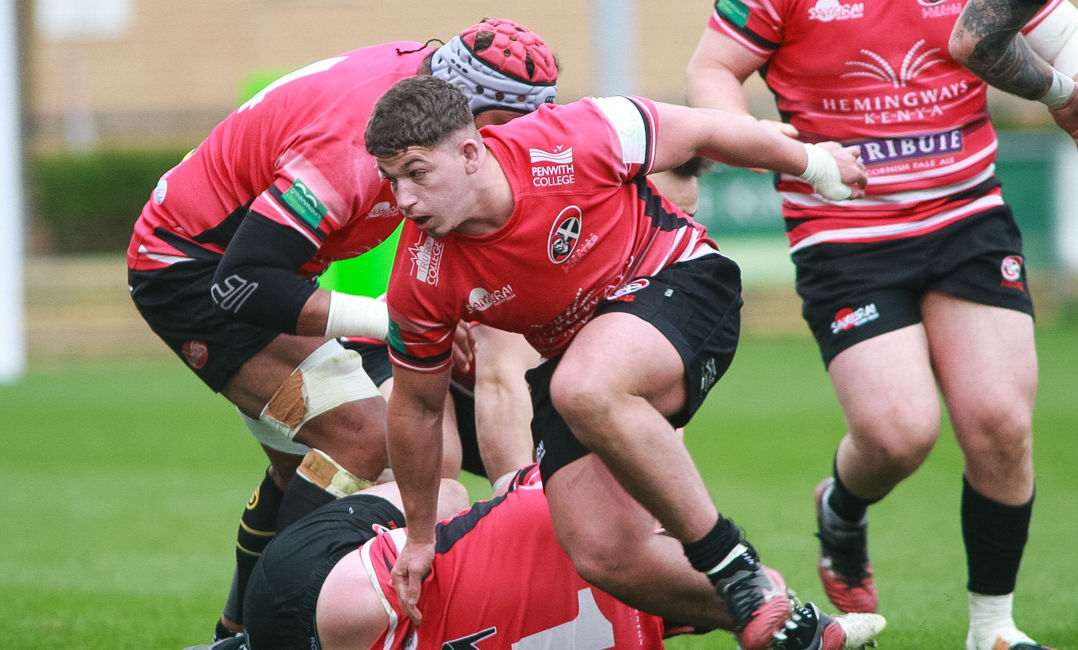 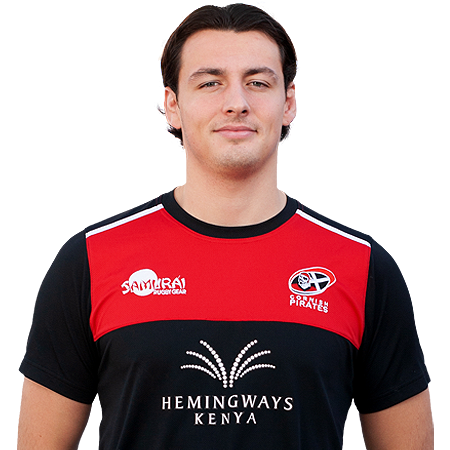 The silence was as golden as the sunshine bathing the Mennaye – in two minutes of remembrance for Prince Philip. A supporter of rugby – a Patron of the CRFU in fact – he’d have liked the contest that followed. If not the chill breeze keeping the half-masted flags in motion at the Penzance End….And perhaps the scoreline.

Either way – Ealing’s credentials for promotion were clear to see in what – hopefully – had been their toughest game to date. Certainly until the Pirates’ discipline left sufficient a chink of light, that the visitors ruthlessly capitalised upon.

Judging by Joint Head Coach, Alan Paver’s post match comments – it should however have been tougher still. The adopted Cornishman was frustrated at how – a promising scenario early in the second half – evaporated so disappointingly. The injury to young Luke Scully only adding to Pirate woes.

The Pirates had emerged after the break, having soaked up forty minutes playing into a strong wind only nine points in deficit. Arguably too gaining some ascendancy, as both sides’ set pieces descended into a lottery.

Will Cargill’s penalty on the half hour mark, had sealed the notion that Ealing’s early opening score from 50 up man -Millar-Mills – was now a distant memory. Even Cordy-Redden’s late dot down, did little to dissuade the hosts momentum.

Thus with elements now in their favour – Shae Tucker’s score so soon after the resumption appeared to signal a half to remember. It came at a price to the Trailfinders too – as the green & white’s fly half, Craig Willis, had a lengthy spell of treatment – having seemingly been ko-d in trying to stop the try. Cargill nailed the extras and it was game on with only two points in it.
Only it wasn’t.

An innocuous incident prior to an Ealing lineout moments later, required a chat between the man in the middle, Adam Leal & Pirates’ Team Manager, Matt Evans. Play resumed with no obvious sanction – but with a definite change in ‘feel’.

Ealing duly tested the Cornish defence ever more relentlessly – and with effect. Mr Leal’s arm was set to ‘outstretch mode’ with a worrying frequency. It was bound to tell.

Five quick penalties and skipper, Tom Duncan, was the first to be shown where the bin was. Try scorer, Tucker wasn’t far behind him and it was now a case of ‘trouble at t’mill’ for the Pirates.

By the time the hosts were back up to their full quota – the damage was done – and despite some lively efforts from the Cornish bench. Stevens & Davies in particular.

Ealing full back, Johnston had taken on the kicking duties from the injured Willis – and proved himself a master of the swirling wind. His first two – of three successful try conversions – adding the extras to tries from Kernohan & Murphy.

The game was up for the Pirates – whose Play Off hopes are now reduced to ‘slim’ & dependant on others. Two further tries late on, from Pirate ‘nemesis’ – Jordan Burns – and replacement hooker, Shaun Malton only twisting the knife that bit further.