Next up for the Cornish Pirates is a home game on Sunday against newcomers Ampthill, who gained promotion last season as Champions of National One. Also, a first ever meeting between the two sides, kick-off at the Mennaye Field is at 2.30pm.

These are early days, but Ampthill have settled in well into the Greene King IPA Championship, having won 2, lost 1, and drawn 1.
Such a start must be pleasing for their Director of Rugby Mark Lavery and their experienced Head Coach Paul Turner. It is also perhaps not such a big surprise, considering they have a squad littered with players with years of top-level experience, including skipper and hooker Dave Ward, a popular former ‘Pirate’.

The Cornish Pirates’ selection this weekend sees the same set of backs named as started against Nottingham last Friday evening. As for the forwards there are two changes in the front-row, with hooker Dan Frost and tight-head prop Jay Tyack stepping up from the bench to join loose-head Jack Andrew. In the second row Danny Cutmore is named to partner skipper Brett Beukeboom, whilst Fa’atiga Lemalu moves back a row to replace injured flanker Matt Bolwell. Listed among the replacements is Sam Matavesi, who is now rested from his exploits playing for Fiji in Japan and is ready to make his first appearance of the season for the Pirates.

Speaking ahead of Sunday’s game, coach Chris Morgan has said:

We have had a long week to prepare following our Friday night game away to Nottingham, and despite the odd injury are looking quite settled and focused going into this week’s encounter.

Backed up by having recruited several experienced players such as ‘Wardy’, Ampthill are also going well. They have taken their form from National One into the Championship and, combined with their team spirit and cohesion, are grinding out something pretty special.

It is of course always good to welcome new opposition for what will surely be an interesting contest.

Remembrance Sunday Discount for Service Personnel: Because this Sunday 10th November is Remembrance Sunday, the Cornish Pirates are offering a ticket discount for personnel serving in the Armed Forces, the Fire and Ambulance Services, the Police, plus Doctors and Nurses. Admission to individuals wearing their uniform and/or displaying their ‘ID’ card (including Veterans with such cards), can on the day purchase a £5 terrace ticket at Gate 5, which is situated in the clubhouse corner of the ground. For more information, please visit www.cornish-pirates.com 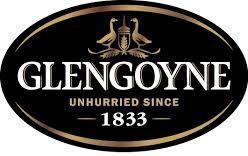