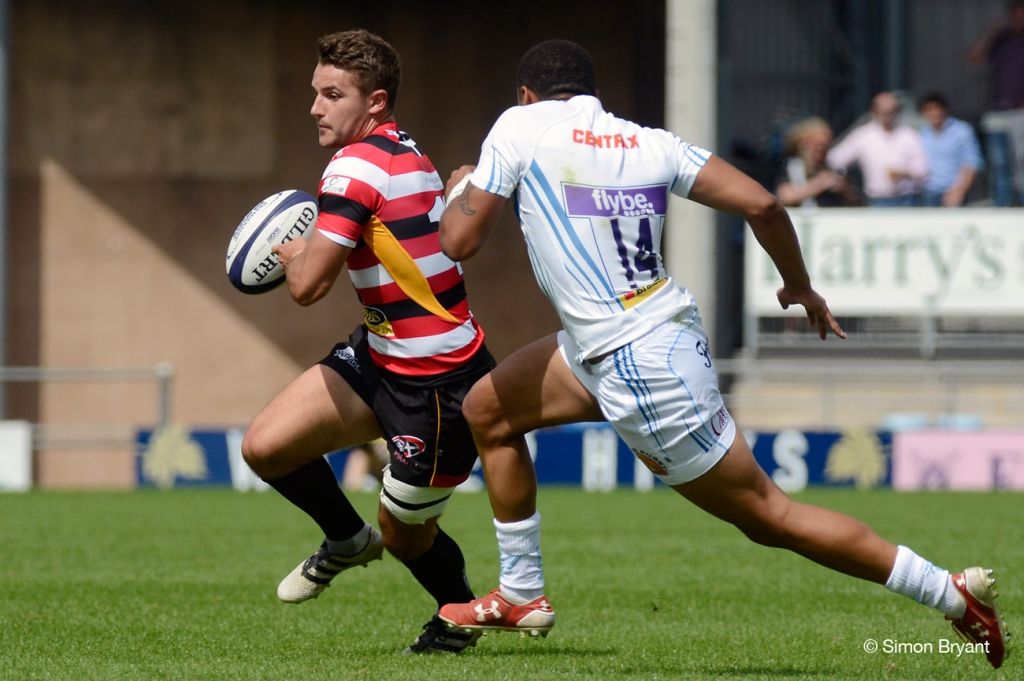 As expected – the Pirates’ visit to Sandy Park proved to be a sterner test than last weekend – and by default – a far more useful ‘litmus test’ for the upcoming season ahead.

The scoreline unsurprisingly reflected the Premiership quality within the Chiefs starting line-up – which was always going to make the difference come the final whistle. That said – in many respects it was only at scrum time, by and large – that the Pirates fell short. In so many other areas there was genuine competition.

A little more speed of thought and all round conditioning that the hosts (understandably) have – wouldn’t go amiss either. A factor that suggested a very long afternoon potentially for the Cornishmen – as the Chiefs came out with all guns blazing. Kvesic rewarded his comrades’ whirlwind opening within 3 minutes with the first of his brace – and we held our breath.

Not for long it has to be reported. By the time the first period’s halfway point had been reached the Pirates had announced their presence out there and were actually leading. A penalty by May and an unconverted try for Cheesman shone light further on a promising set of players for the season ahead.

It wasn’t to last – although the Chiefs’ handling errors both in & away from contact -wasn’t doing the home side any favours. A factor that plagued them throughout.

Two quick fire tries from Kvesic & Salmon restored the expected order of business – but the former’s binning as half time approached did stifle progress.

The Pirates looked to capitalise – but despite the best efforts of Day, Duncan & Walker in particular – a 2nd score for the visitors eluded them. As much as it was deserved – scrum time proving their undoing with the Exeter line within range. That and some white line fever perhaps as excitement heightened for those in the red,black & white hoops. (HT 8-21)

After the break – the expected raft of replacements disrupted any flow the neutral may have desired.

The flow of handling errors for the Chiefs continued too – but hooker Taione’s try countered this discrepancy sufficiently, to set up inevitable win.

Two tries in four minutes for M’Boge – despite a valiant tackle attempt from O’Meara – and our own adopted Jack Innard, dispelled any further outrageous thoughts of Cornish glory.

Even so the Pirates refused to simply roll over and go through any motions. Replacement Josh Caulfield had been in Chiefs’ faces from his half time introduction – and it was his tenacity that set up O’Meara for his side’s second try of the afternoon.

A third score was to sadly elude them – despite a couple of clear opportunities. Such is the way of things therefore that Chiefs’ back rower, James Freeman, gladly showed them how. Despite some gutsy rearguard effort when thoughts of the post match meal would have easier to contemplate.