Following on from yesterday’s announcement that hooker Dan Frost had signed a new two-year contract with the club, the Cornish Pirates can also confirm that another respected man who wears the number ‘2’ shirt, namely Tom Channon, has similarly signed to the 31st May 2022.

Having joined the Cornish Pirates from Bristol back in 2013, Devon-born Tom has throughout been a fully committed performer both on and off the field – as confirmed when for the third year running he was recently named as the club’s ‘Community Player of the Year’.

Now aged 29, after showing considerable spirit to recover from knee injuries suffered in both 2017/18 and 2018/19, it was great to see Tom back in action this past season. Featuring in 18 games, the fully committed front rower also took his overall games tally for the club to 124, with there clearly plenty left in the tank yet.

It was great to see Tom back in action last season and it is also fantastic news for the club and our supporters that he has put pen to paper for another two years.

Everyone respects Tom hugely, both as a very fine player on the field and for his truly considerable contribution off it. 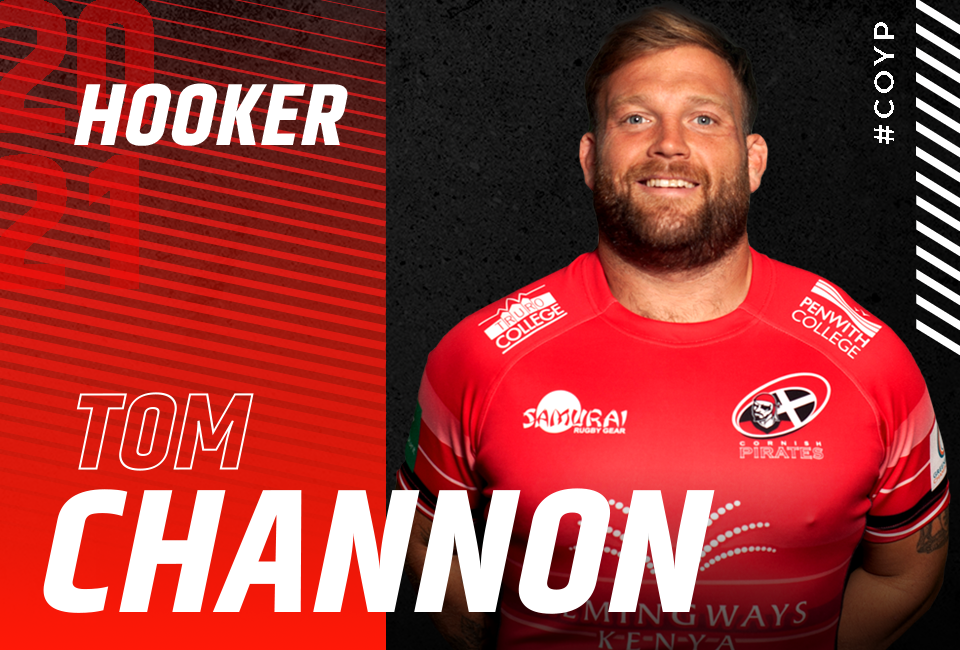