The Cornish Pirates can confirm that their popular and respected club captain for the past two seasons, Canadian international lock Brett Beukeboom, has decided to hang up his boots.

Brett, who will celebrate his 30th birthday this coming August, joined the Cornish Pirates post the 2015 Rugby World Cup, having previously played in the RFU Championship for Plymouth Albion.

Brett’s decision to retire had been kept confidential, for it was expected to have been made at the end of the full season, but it is now curtailed because of the Coronavirus pandemic.

During his time with the Pirates, Brett not only made 107 appearances but was immensely respected throughout. Indeed, to suitably recognise him both as a person and a player, at the end of the 2018/19 campaign he was not only presented with the John Stirling Memorial Cup for Commitment, but also the President’s Cup for being adjudged the most outstanding contributor on the field during the season.

Returning home to his hometown Lindsay (Ontario), although retired from playing Brett plans to coach as often as he can to, in his owns words “pass on all the knowledge I’ve gained during my time with the Pirates.”

Prior to his departure Brett also said:

I would like to thank everyone at the Pirates for their amazing support over the past five seasons. Everyone involved made my stay unbelievable and I will cherish my memories on and off the pitch. Naturally, I would have liked to personally express appreciation to everyone in person, however due to the recent pandemic this was not advisable.

Staff members are thanked for their dedication and professionalism throughout the years, as are those who have been my teammates. They form a great group of players, many whom could be playing at a higher level, and they have made my stay unforgettable. Best wishes to everyone, and if you are interested in visiting Canada then you have a place to stay.

Finally, my thanks are expressed to all the supporters, whose backing over the years has been unreal. This club is one of a kind, because of you!

Brett has been the ultimate Clubman throughout his time as a Pirate, this recognised by his captaincy for the past two seasons. Always going the extra mile for the club and leading by example, whether it be community work, with supporters or always giving everything on the pitch. He is a natural leader on and off the field and I’m sure most people would describe him as ‘one of the nicest guys in rugby!

His dedication to the Pirates and what he has helped us achieve has been outstanding and having to hang up his boots without the send off he deserves from all of the supporters and his colleagues is not what we would have chosen, but in these unfortunate circumstances it can’t be helped. We wish Brett all the best on his return to Canada and for the future, he will be hugely missed and I’m sure I speak for everyone when I say a massive thank you for everything he has contributed over the years.

Obviously for the community, our club and our team it is a sad time to see Brett go, because he has been such a massive part in our recent history and what we have done. He’s been a real stalwart of the side, putting a helluva shift in body-wise plus leading the team fantastically in the captaincy role.

As for his decision to return home to start a fresh life, it is one we respect and have known about for a long time. At some stage one has to make big boy decisions reference the future, and although we’ll miss him, Brett will not be forgotten, because of the man he is and the contribution he has made. 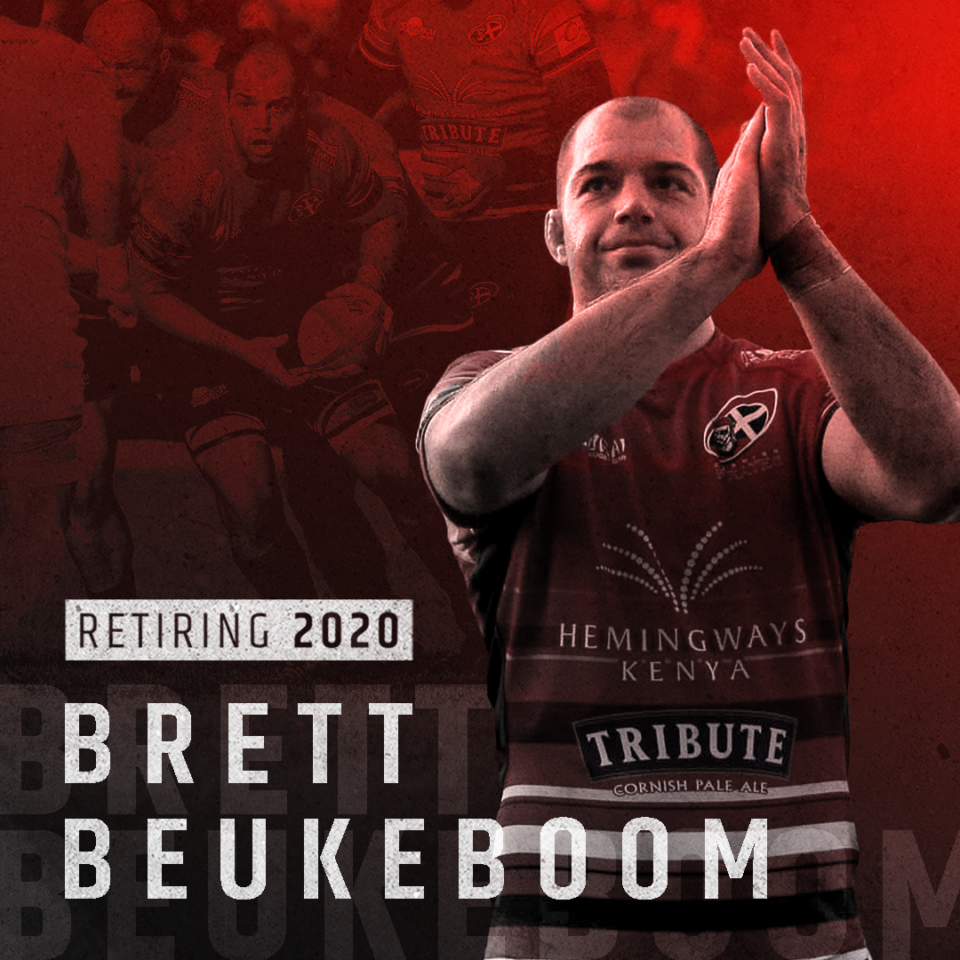