It is with sadness that the Pirates can announce the passing at St. Julia’s Hospice, Hayle, of former player Chris Walsh. 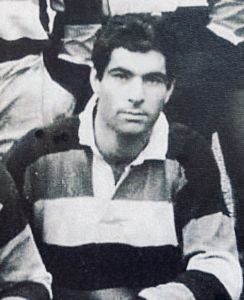 Aged 76, retired heating engineer Chris lived in Penzance and had been unwell for several years with an illness bravely borne.

Chris was initially a member of the Pirates’ Mount’s Bay Colts team before making 180 appearances for the club’s senior sides from 1964/65 to 1974/75. A skilful and marauding wing forward, he could play scrum half when called upon, plus he had a brief spell playing for Bath. It will be remembered too that his brothers Kevin, Stephen and Rodney also wore the black, red and white of the Pirates, as have and still do others in the Walsh clan.

Condolences at this time are expressed to Chris’s wife June and all family members, including his children Shaun, Debbie and Scott.