A Sporting Hero & Legend to So Many

It is with great sadness to hear that a true legend of the Pirates, Alvin Williams, passed away at Treliske Hospital on Tuesday afternoon, aged 88.

It has been confirmed that the funeral for Alvin Williams is to be held at St. Mary’s Church, Penzance, on Monday 28th March, commencing 2.30pm. A cremation service for family members only will follow at Treswithian Downs Crematorium, Camborne, and the wake will be held at the Pirates ‘Westholme’ clubhouse.

A Sporting Hero & Legend to So Many

As previously mentioned, it was with great sadness to hear that a true legend of the Pirates, Alvin Williams, has recently passed away. He was aged 88.

Born in Penzance back in 1933, there are so many who will remember Alvin as a local sporting hero, and a teacher, who was looked up to and so highly respected.

Educated at St. Paul’s CP School and the Penzance Boys’ Grammar School, Alvin’s initial sporting interest was football, as a goalkeeper, and he also supported the Penzance ‘Magpies’ team. However, after in April 1948 hearing in school that local England rugby schoolboy international Jim Matthews was going to kick off the prestigious Pirates versus Cardiff game, his focus changed. Keen to watch the game, with no money in his pocket the craftymonkey clambered over the hedge at the Newlyn end of the ground and proceeded to marvel at the skills displayed by famous players such as Dr Jack Matthews, Haydn Tanner and Bleddyn Williams.Cardiff won 30-0, but to Alvin it did not matter, as from that evening on his allegiance changed from soccer to rugby – he was converted!

Taking up the game as a 15-year-old, Alvin initially played for a then Pirates under 16s Colts team before progressing to the under 18s Mounts Bay side. Along with Jim Matthews and Gerald Luke he also played for the England Air Training Corps against Scotland in Edinburgh, and for Cornwall Schools on their visit to Hanover in Germany.

On the 10th February 1951, aged 17, Alvin made hisfirst team debut for Penzance & Newlyn RFC, which was against RNE College (Royal Navy Engineering College, Keyham). The Pirates, on a day when team members John MacG. K. Kendall-Carpenter and John ‘Ginger’ Williams were playing for England in Dublin, won 15-6.

A comment from programme notes early in his senior career said:

“Those of us who have seen his play week by week can pay tribute to his keenness and whole-hearted play, his tremendous value in the line-out, and his staunch temperament. Always forthright, Alvin lends colour and interest to forward play.”

He was also a very able goalkicker, in his own inimitable style.

Training to become a teacher, Alvin attended St. Luke’s College, Exeter, where during time there he was a regular lock forward in their particularly strong side. The team in 1953-54 included several Welsh internationals, plus two fellow Pirates in Derek Small and Johnny Thomas.

Alvin would play 50 times for Cornwall (1954-64), including in the 1958 County Championship Final, and he also played for the combined Cornwall & Devon teams that faced the Wallabies at Plymouth Argyle’s Home Park in 1957-58, and the Springboks at Camborne in 1960-61, when he had a particularly good game as a stand–out performer at line-out time.

Post his playing days, having made an incredible 819 appearances for the club, to his credit he became a member of the Cornwall Rugby Referees’ Society.

Besides just rugby, as a gifted all round sportsmanAlvin played a little cricket, basketball, and golf. However, it was as a swimmer and water polo player where he also made his mark and contributed so much. Not many men, if any, can claim to have represented Cornwall in both rugby and water polo County Championship Finals, but Alvin did just that.A Penzance water polo team member at 16, he played 70 times for Cornwall, and was captain for 15 years. As he had for his rugby, he trained very hard and was a long–distance swimmer of note, plus he held administration roles for the Penzance Swimming & Water Polo Club.

In his working career, after leaving St. Luke’s College Alvin taught at Pool Secondary School near Redruth, where he passed on his considerable sporting skills and ability to thousands of pupils over a period of 40 years. Among those who benefitedfrom his guidance were county rugby players TrevorTonkin, Chris Durant and Barry Wills, cricketers Malcolm Pooley, Terry Govier and Clive Polkinghorne, and soccer star Steve Wherry. At the time of Alvin’s retirement in 1994 Pool School’s headteacher, Derek Hazlewood, said:

“Alvin had raised the sporting standards of the school to a high level in a period that had seen the school grow from 300 pupils to 1100. He has transferred his personal excellence to the pupils and left a tremendous sporting legacy.”

Of course, above everything else family has held a special place in Alvin’s life, as it does for most people. He married Jacqui in 1967 and they had three sons – Nicky and Ross, who both represented thePirates, and Jason. Our thoughts at this present time are with them and all family members.

Looking briefly back to Alvin’s sporting life, what makes his achievements quite special is that he was able to perform at such a high level despite havingsight in only one eye, the result of a childhoodaccident.

Yes, Alvin will be missed, however with so many people left with stories to recall, he will also be fondly remembered. Thank-you, and rest in peace – Big AL! 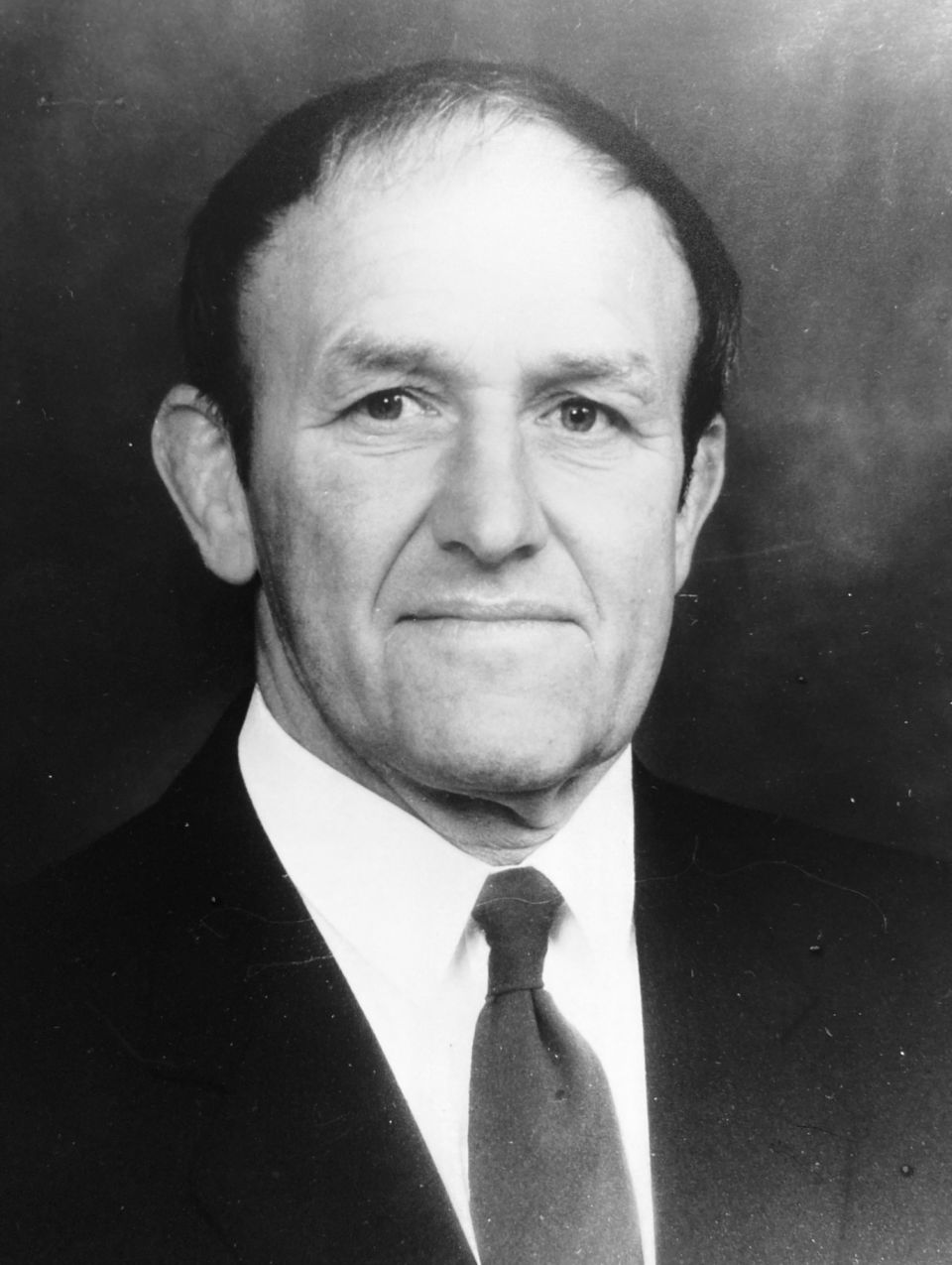 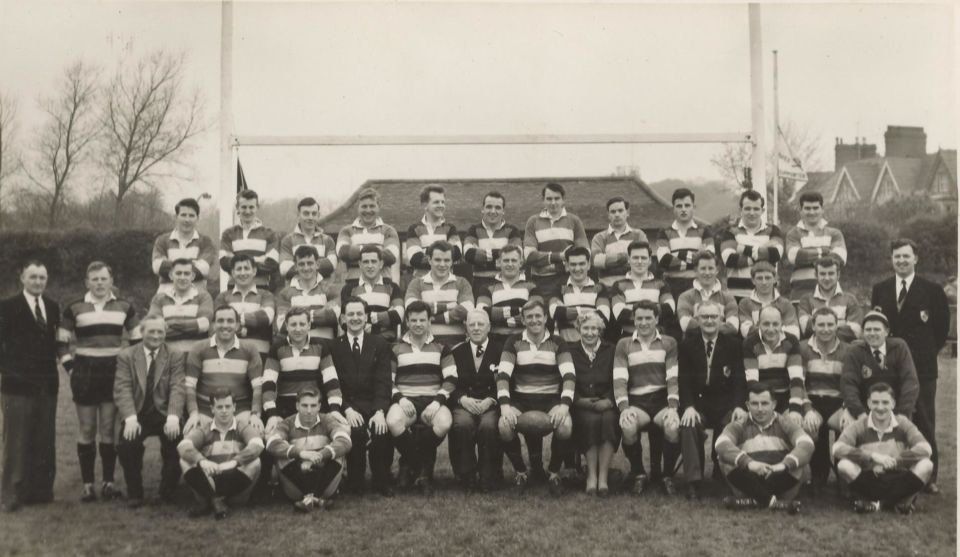