The Cornish Pirates latest signing to announce is that of Samoan international lock Fa’atiga Lemalu, aged 30, who has put pen to paper on a two-year contract.

Fa’atiga first played rugby at the age of 11 for East Tamaki local club in South Auckland. As for his education that was East Tamaki Primary, Ferguson Intermediate, Otahuhu College and then De La Salle College where he was captain in 2006-07. He also played for New Zealand Secondary Schools in 2007.

After playing for the amateur club Papatoetoe in 2011-12, Fa’atiga has played professional rugby for Munakata Sanix Blues in Japan (2013-17) and was also named in the Japanese Sunwolves squad which made their first appearance Super Rugby appearance in 2016. He played briefly for Saracens in 2017 and then for Auckland ahead of a move to Yorkshire Carnegie in 2018, from where he joins the Cornish Pirates.

In his international career, following a debut for Samoa against Tonga in 2012, he unluckily missed the 2015 Rugby World Cup because of injury. As for a last cap, that was against England at Twickenham in 2017.

With reference to this latest signing, Director of Rugby Chris Stirling has commented:

Fa’atiga is an experienced lock who possesses high levels of power and physicality. His lineout skills are also of a high standard to match his contributions both on and off the field. In short, he will be a great addition to the Pirates, providing extra strength and competition in the second-row.

It’s great to have the opportunity to join not just a proud club but also one with such a rich history. I am now really looking forward to add my contribution and to get stuck in. 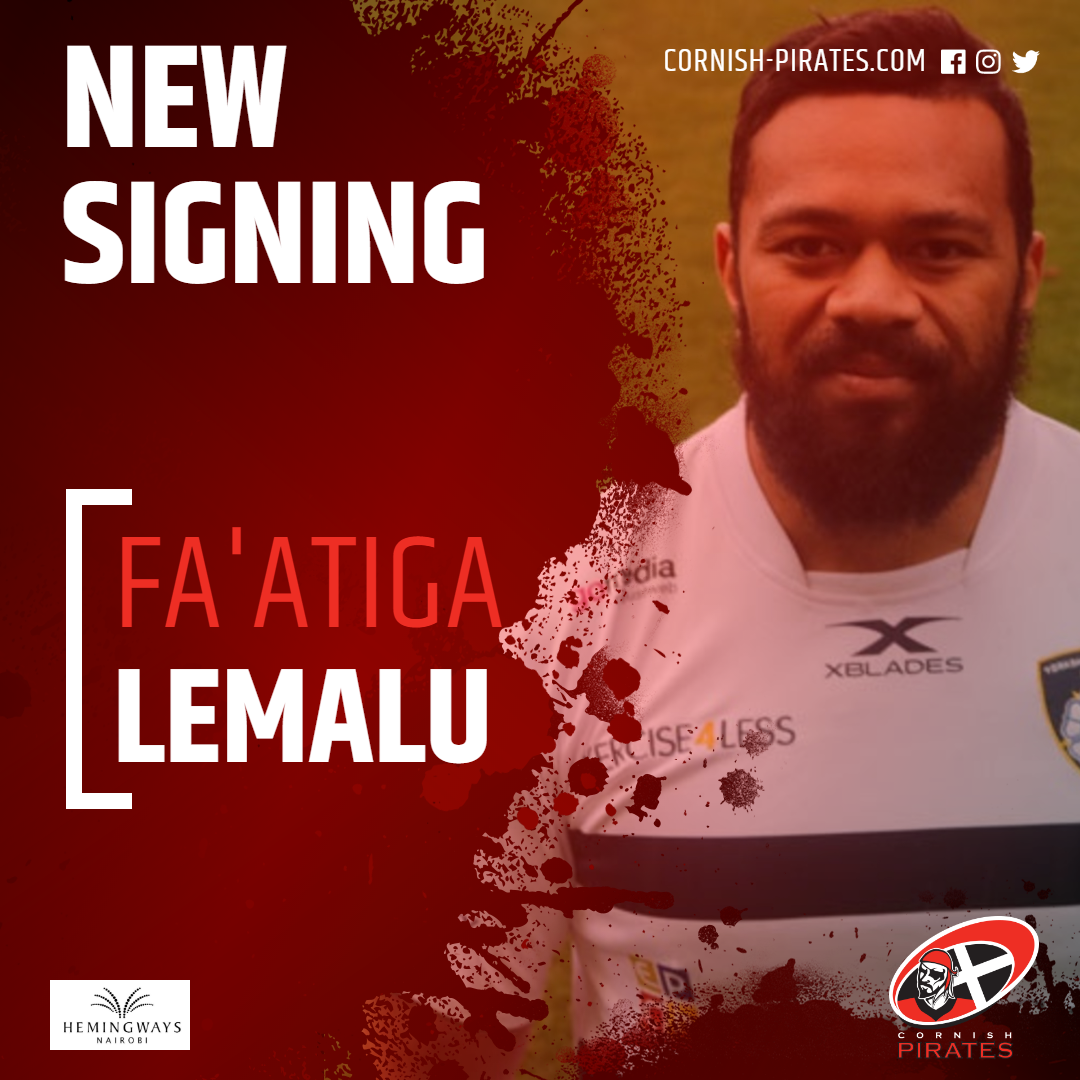