Strengthening their squad further for the 2018/19 season, news from the Cornish Pirates confirms that centre Rory Parata has signed a one-year contract with the club.

Having previously played for Munster at youth level and then Irish provincial side Connacht, the Australian-born player, aged 23, joins the Pirates from Italian Pro14 side Zebre.

Qualified to play for Australia by birth, plus New Zealand through his father, it was being raised from the age of nine in his mother’s native County Cork that saw Rory capped for Ireland under 19s.

Rory is a young player who has been exposed to two high performing environments in the Pro14 with both Connacht and Zebre. He is a good decision maker in the 13 channel, has a good all-round skill set and will be a fine acquisition to our squad. 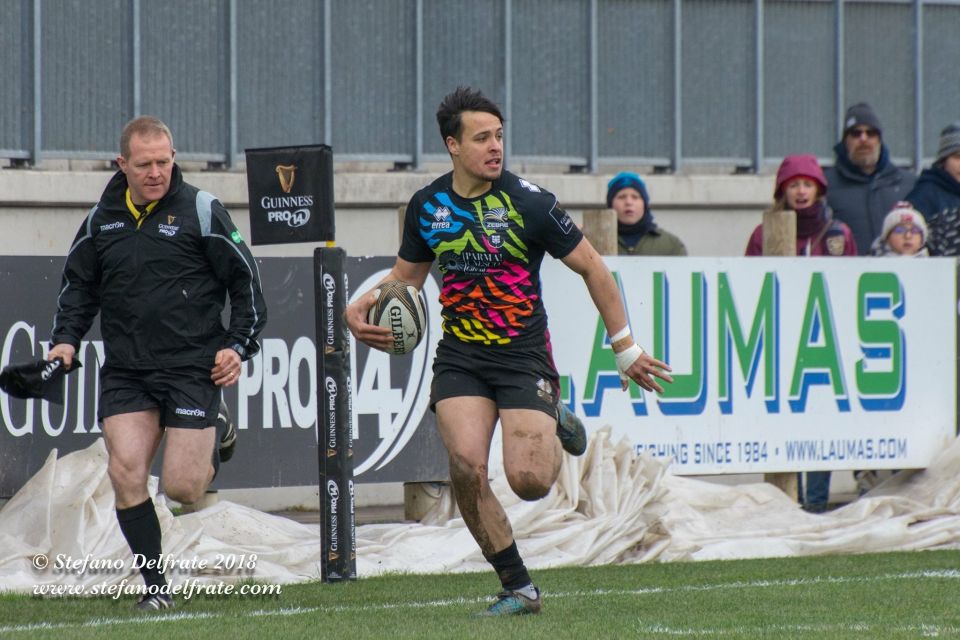