Besides the lengthy list of players already announced who are in contract, the Cornish Pirates will in the coming days pleasingly confirm the names of certain other squad members who have signed fresh contracts with the club.

First up to announce is Dan Frost, the hooker having signed a two-year contract to the 31st May 2022.

After having enjoyed two loan spells from Taunton back in 2017/18, ‘Frosty’ first signed for the Cornish Pirates at the end of that season. Now aged 23, in the period since he has proven a robust, exciting, and tenaciously gifted young player, with try-scoring credentials to boot.

The start of last season saw Dan hampered by a hand injury, however back to full fitness he made a further 15 appearances to take his overall total for the club to 45. Also, as clearly a fans favourite, he was named the winner of The Roger Pascoe Cup for being the adjudged Supporters’ Player of the Season.

As our supporters appreciate, Frosty always gives 100 per cent – plus! They like the passion and commitment he displays on the field, and his sporting and approachable manner off it.

I have said before that he is someone who has the X-factor, and just getting better game by game he has put in some tremendous performances. Like me, everyone will be delighted that he is on board. 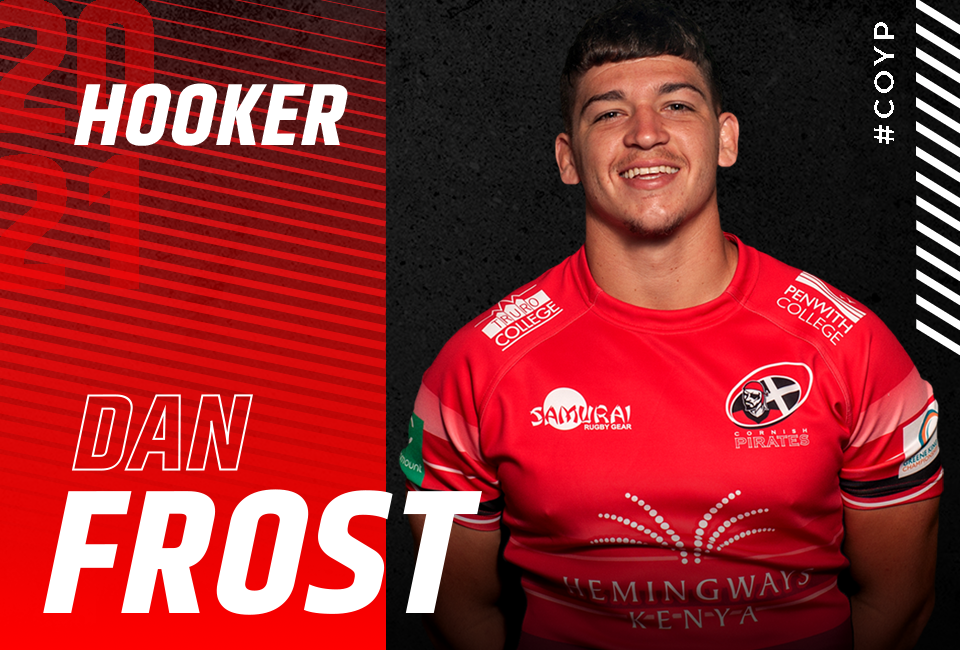