Paddy Signs Again for The Pirates

Paddy Signs Again for The Pirates

The Cornish Pirates can confirm that back row player Patrick ‘Paddy’ Ryan, aged 21, who originally joined the club on a short-term contract from Northampton Saints last December, has now signed a new contract with the club to the end of May 2021.

Paddy made five appearances for the Pirates – two in the Cup and three in the League – before the end of last season’s Coronavirus-curtailed campaign, besides also featuring for Redruth on loan.

Kildare-born, Paddy first played rugby from the age of six to 12 for Cill Dara RFC and then for Newbridge College where he was educated. Honours achieved saw him represent Leinster at under 17,18 and under 19 levels, before the exciting back-row prospect then made the trip over the Irish Sea to join the Northampton Saints Academy.

During his time at Northampton, Paddy scored a try to help seal a win for their Wanderers side against Exeter Braves in the 2017/18 Premiership Rugby A League Final, whilst in 2018/19 he played for the Saints versus Wasps in the Premiership Cup.

An ACL knee injury provided a setback, however back to fitness the decision was made last December to sign for the Cornish Pirates. He had coached at Bedford Modern School during his time on the sidelines and has studied Business and Management with The Open University.

It is lovely to see a young talent like Paddy commit to the club and we are very happy to keep hold of him. When he first joined us from the Saints, having recovered from injury, there was much mention of his potential and it was just opportunities that he needed and had and will get again.

Paddy is happy here in Cornwall, is keen to play Championship rugby – which provides a high level of competition – and we can provide him the tutelage to enable him to push on. 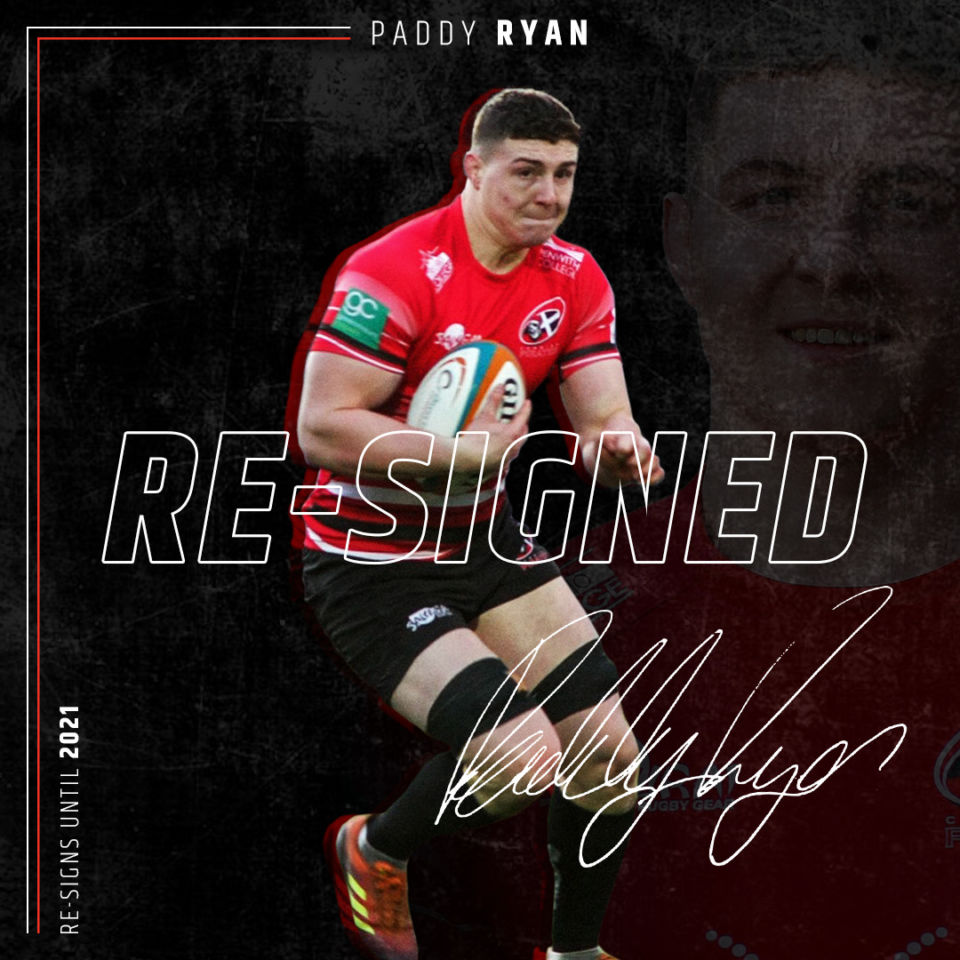