Cornish Pirates’ hooker Tom Channon has named his chosen ‘Dream Team’, as has appeared in ‘The Rugby Paper’. It is inevitably a strong and interesting selection, with quite rightly a fair number of ‘Pirate’ representatives included!

1) Mark Irish – A formidable scrummager as well as being incredibly mobile around the park, “Iro” was a mentor for me during my first senior contract. A true legend.

2) Augustin Creevy – Taught me a lesson about what it means to be a scrummaging hooker. I remember being in awe of him and his ability to play with ball in hand as well as his skills at the breakdown. Ran riot against us when he was at Worcester.

3) Alan Paver – Now my coach at Pirates, Paves is obsessed with scrums. Never one to take a backwards step, he famously moved from loosehead to tighthead and never looked back. A brilliant scrummager in his day.

4) Mariano Sambucetti – Was a real hard man in the Bristol pack when on the pitch, but a true gent off of it. Always had time for me even when I was a young academy player.

5) Roy Winters – “Big Dad” as Roy was known describes him in two words. A friendly giant, yet also one of the toughest guys i’ve ever known. Was probably the most respected man at Bristol when I was there.

6) Ofisa Treviranus – Played against him whenever London Irish got relegated to the Championship. A ferocious ball carrier and a big hitter in defence, you always remembered it when he tackled you!

7) Alex Cheesman – An absolute freak athlete. He always gave 100% in every game I ever played with him. He never left anything on the field. Unfortunately forced to retire too early, he is a true friend.

8) Sam Simmonds – Came on loan to the Pirates when he was a young lad at Exeter. Always made a linebreak or big tackle in every game, and his raw speed and power was obvious from a young age.

9) Alex Day – One of the best blokes around and a hell of a rugby player. Everything you would want in a scrum half. Never shuts up and really wound up the opposition. Played 100 games in 4 years at Pirates showing his durability to play week in week out.

10) Will Cargill – Came to Pirates in my 3rd year here. One of the most professional guys I’ve ever played with. No one works harder than him and he controls the game brilliantly. Now an established championship player. A great leader.

11) Joe Cokanasiga – Played against us for London Irish, and destroyed a few of our players along the way. Was obvious he would go on to achieve international honours.

12) Junior Fatialofa – First guy I ever met in professional rugby. Made me feel right at home. Played with him and against him. One of the hardest hitters ever. Also one of the nicest blokes going.

13) Fautua Otto – Lived with him for a year at Bristol. He was probably the first name on the team sheet at the time. Such a threat in attack. A real fan favourite at Bristol, he made a big impact in a short time.

14) Cooper Vuna – Scored a hat trick against us when he was at Worcester. I remember he was just unplayable that day and none of us knew what to do.

15) Matt Evans – “Mevs” has been at Pirates for the 7 years I’ve been here and is a close friend. Immensely powerful, the Canadian international is a great spot tackler and is the only back three player I’ve played with who can easily bump off a tighthead prop. Top bloke as well as a top player. 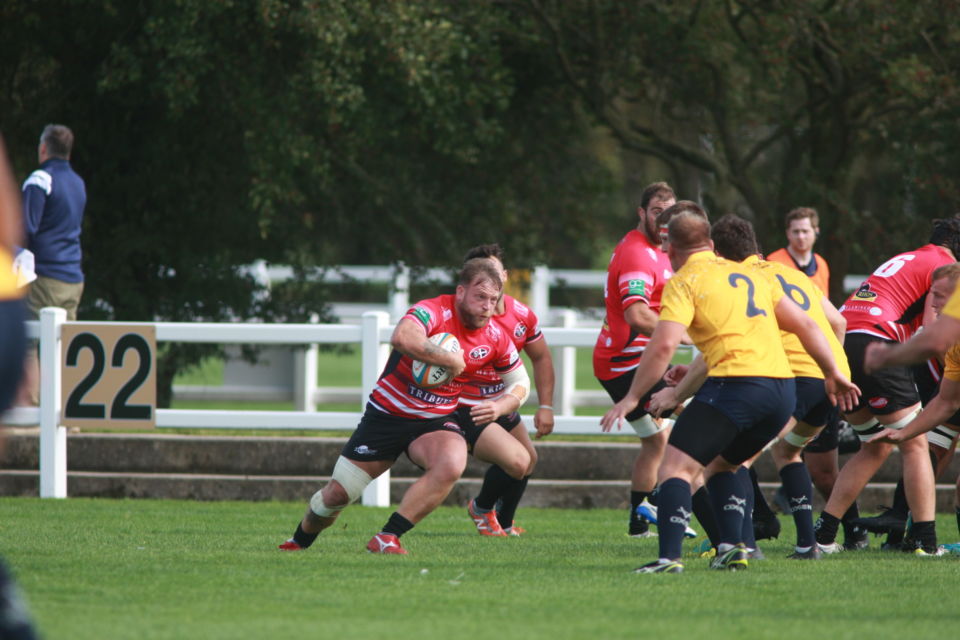