The Cornish Pirates are pleased to confirm that former Welsh international tight-head prop Craig Mitchell, aged 33, has signed a two-year contract with the club.

Educated at Dwr-y-Felin Comprehensive School in Neath, Craig played his early rugby for Tonna RFC before playing senior rugby for Neath and as a teenager making a first of 31 appearances for the Ospreys regional side. Also, as many will be aware, he is a former Exeter ‘Chief’ who moved to Devon from Swansea in 2011, and then signed for Cardiff Blues in 2014.

In 2016 Craig signed for Newport Gwent Dragons, playing a season there ahead of next joining Yorkshire Carnegie for whom, following recovery from an injury, he made six appearances near the end of the 2017-18 campaign. A short-term deal then saw him move briefly to Newcastle Falcons for the start of the 2018-19 season, and then it was back to Yorkshire Carnegie from where he has joined the Cornish Pirates.

Reflecting on his international career, after being capped for Wales at youth levels, including captaining the under 19s squad, Craig proudly won the first of his 15 senior caps on a summer tour to America and Canada in 2009.

Craig is a very experienced tight-head prop. He is a man of action and few words but when he speaks people listen.

Greatly respected, he is a seasoned professional in all he does and is a great addition to the squad who will fit the Pirates style of play with ease. 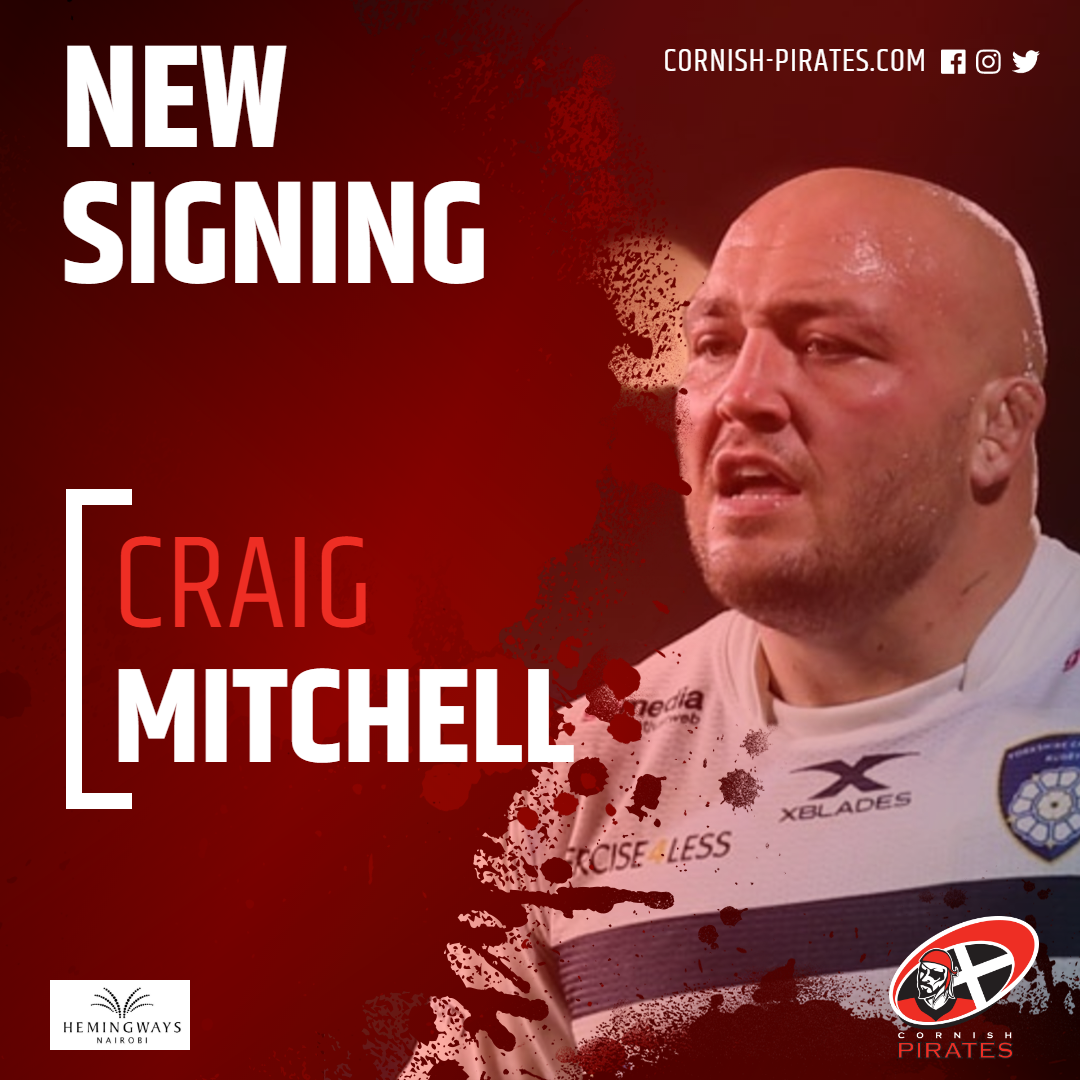