Former All Blacks Sevens Player Signs for The Pirates

Former All Blacks Sevens Player Signs for The Pirates

The Cornish Pirates can confirm that Kiwi-born back-rower Antonio Kiri Kiri, who holds an Italian passport, has signed a two-year contract with the club. He previously played for Yorkshire Carnegie.

A former New Zealand Schools and All Blacks Sevens player, whose earliest rugby memory is as a young boy playing barefoot in the frost in Waiouro, Antonio was educated at Palmerston North Boys High School and at Auckland University where he played for the Uni’s ‘Vipers’ team. He has also played for Old Boys Marist, was called up to the Blues Super Rugby squad in January 2018, for whom he made three appearances, whilst from 2012-18 he was consistently a standout performer playing in the back-row for Manawatu Turbos, from where he joined Yorkshire Carnegie in 2018-19.

During his time at Manawatu Turbos, Antonio proved himself a versatile loose forward, not only able to maintain physical presence around the field but to also apply his array of skills used in both the 15 and 7s versions of the game. For what was his seventh season playing the Manawatu side, for 2018 he was also last year honoured to have been named their captain.

Tough, relentless, ruthless, physical, skilful. These are words that accurately describe Antonio. He also displays leadership qualities and will be a fantastic addition to the Pirates, both on and off the field.

As for Antonio, he has commented:

To be joining such a very competitive side in the Championship is exciting. I’m really looking forward to being a part of such a proud club and hope to add value on and off the field and to call Cornwall home. 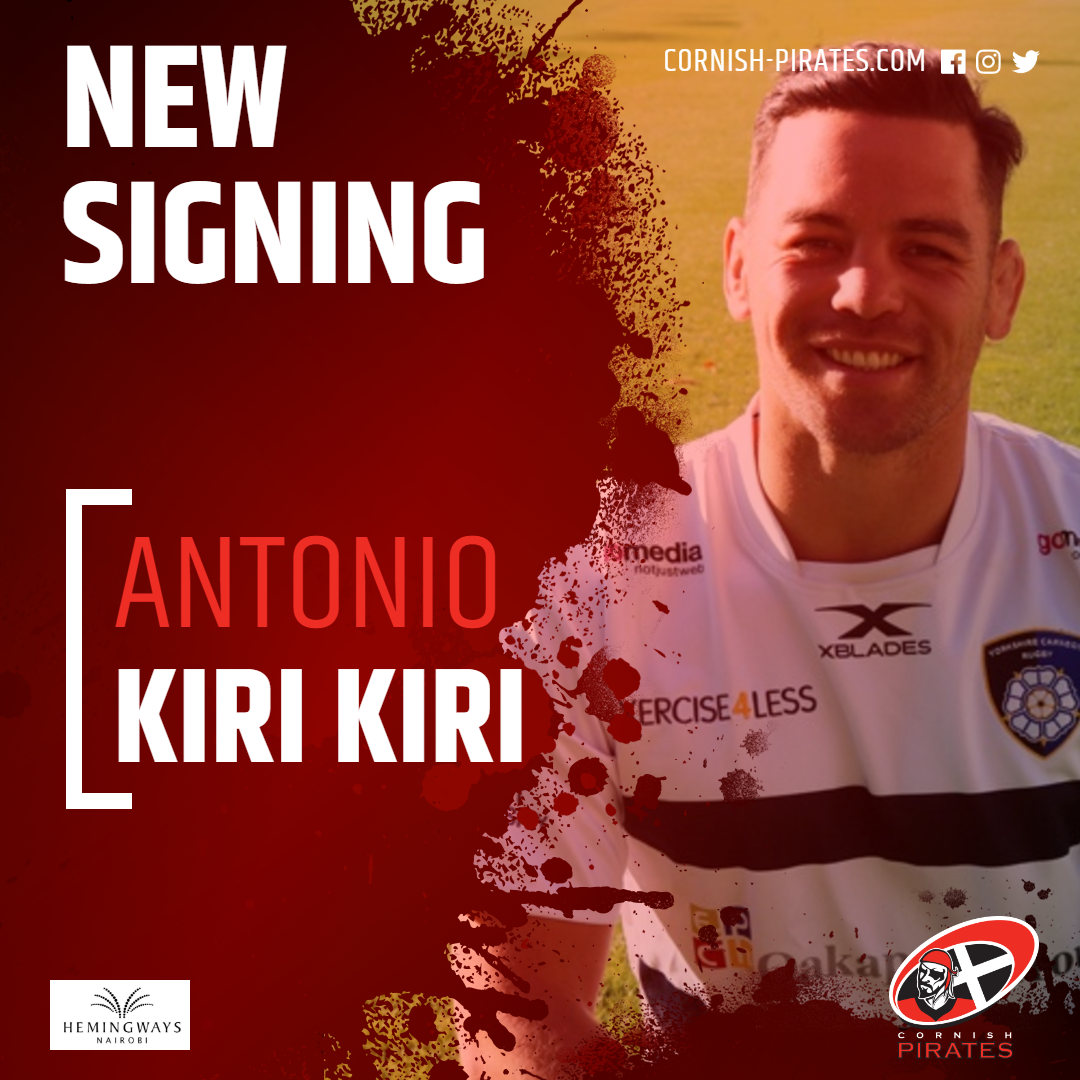